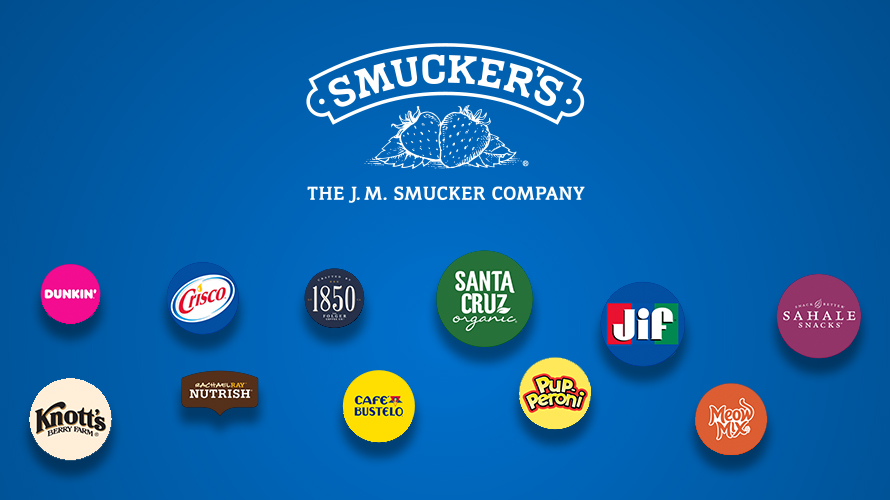 Net sales for the past quarter climbed 10% to $2.1 billion. The J.M. Smucker Company

In line with other major CPG manufacturers, J.M. Smucker has benefited from the surge in consumer demand for packaged food following the outbreak of Covid-19.

On Thursday, the company behind Folgers coffee and Jif peanut butter reported that net sales climbed to $2.1 billion for the quarter ending April 30, a 10% increase compared to the same period last year. Smucker’s U.S. retail coffee segment grew 11% to $581.6 million, while its consumer foods division increased 22% to $480.5 million.

“This exceptional growth is a testament to the strength of our brands and consumer-centric strategy, as consumers turned to trusted products to stock their kitchens as stay-at-home orders were implemented across North America,” said Mark Smucker, president and CEO of the J.M. Smucker Company, in a statement.

The wave in fresh demand has brought with it a number of new customers, who have either never tried one of Smucker’s brands before or are getting reacquainted after a long break.

Throughout the quarter, more than 1 million new households purchased Smucker’s line of Folgers, Dunkin’ or Café Bustelo coffee brands, with 75% of those households buying Folgers for the first time in the past 12 months, Smucker noted during an earnings call with analysts on Thursday. Overall, the company’s household penetration increased nearly 10% amid the pandemic, according to Geoff Tanner, Smucker’s chief marketing and commercial officer.

Tanner said that the rise in people grabbing its products off of store shelves is “a potential game changer for us and our business, and we’re going to take advantage of that.”

To maintain its current momentum, Smucker’s plans to continue focusing on two things: building up its biggest brands and developing its ecommerce strategy.

“When the crisis hit, the two opportunities that really emerged for our business were the return to mainstream brands and the growth of online,” said Tanner.

On the latter, the company has directed more marketing dollars toward ecommerce and click and collect channels, as more consumers are going online to buy groceries. That includes advertising on platforms where people shop, optimizing content and ensuring that its brands appear on the first page of search results. In the past three months, Smucker’s pure-play ecommerce sales grew by 66%. Overall, the company’s ecommerce business doubled its expected growth rate, according to Tanner.

As for reinvigorating its most prominent brands, in late 2018, Smucker’s consolidated creative and media responsibilities across its brand roster under Publicis Groupe.

“We went from having 10 agencies to having one,” said Tanner.

Cost reduction aside, Tanner explained the reorganization has helped Smucker’s move quicker and generate better content. Over the past year, the company has debuted 10 new advertising campaigns for 10 of its largest brands. Last year, Adweek named one of these spots—Jif’s “Bunker,” created by Publicis New York—among one of the best ads of 2019. The cinematic commercial features a woman who’d rather risk it all for a jar of Jif while extraterrestrials scorch the Earth than take refuge in a cellar stocked with generic peanut butter.

But not everything goes according to plan. During the past quarter, the company decided to take Jif’s bunker spot off the air, stating that it wasn’t appropriate given the pandemic.

“We felt that an ad showing an apocalypse or an alien invasion was a little tone deaf to what was going on and still going on, unfortunately,” said Tanner.

There’s still a place for humor, though, Tanner added. Smucker’s plans to release a new spot that makes fun of working from home sometime soon.