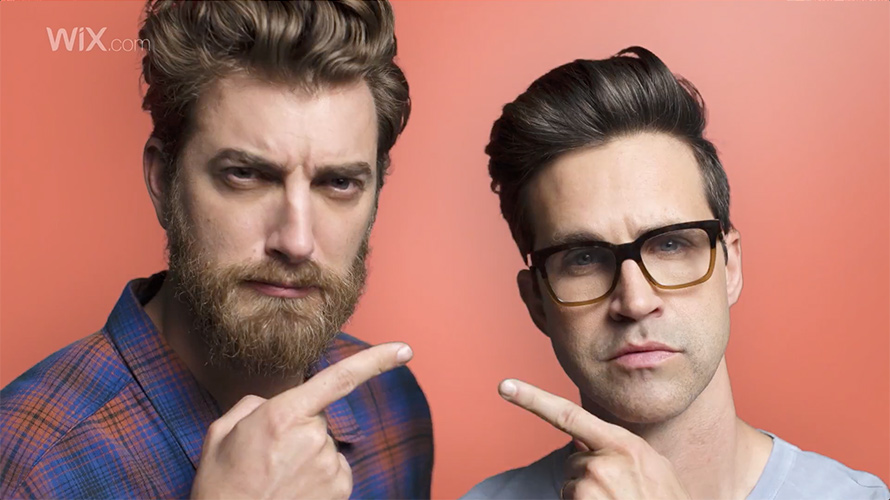 Don’t call it a comeback, but Wix is joining the Super Bowl as a last-minute addition.

The company’s 30-second spot will feature two YouTube stars, Rhett and Link, to show off what you can do with Wix. The “Good Mythical Morning” hosting duo have more than 20 million subscribers across four channels.

Airing during the third quarter of the game, the ad will be Wix’s fourth year returning to the primetime spot.

The creative in the video was previously shot, but Wix says new content will be used on Facebook and Twitter to promote it until the ad airs on Sunday. However, it was Mark Zamuner at ad agency TwoNil who told Wix about the availability of the ad spot. The Wix team, along with the “Mythical Morning” team, started working on it on Feb. 1 and had a complete product by 1 a.m. one day later.

“To have the confidence to wake up in the morning and deliver by end of the night, it shows great confidence in the team and what we can deliver,” said Omer Shai, CMO at Wix.

The company previously worked with Rhett and Link for other ads, so it’s not an entirely new relationship.

Wix’s previous ads include an action-packed one with Gal Gadot and Jason Statham in 2017, one featuring Kung Fu Panda in 2016, and a spot in 2015 that featured NFL players Brett Favre, Emmitt Smith, Terrell Owens, Larry Allen and Franco Harris.