Yes, You Did See Dos Equis’ Most Interesting Man in the World in Stella Artois’ Super Bowl Ad 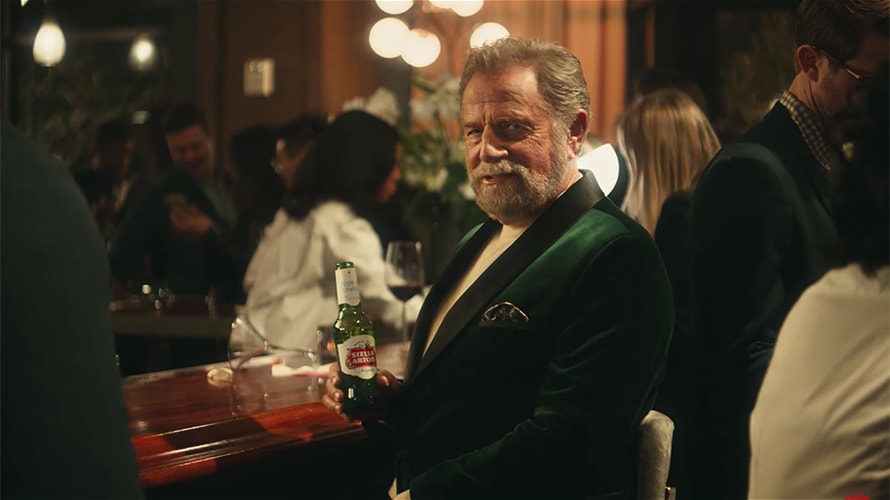 Thanks to a very successful ad campaign, Jonathan Goldsmith is better known to most people as The Most Interesting Man in the World—or the guy in all those Dos Equis ads.

But on Super Bowl Sunday, Goldsmith appeared in another beer spot—this one for Stella Artois. He joined Sarah Jessica Parker, who reprised her Sex and the City character Carrie Bradshaw, and Jeff Bridges, who brought back his Big Lebowski character, The Dude, for the ad. In the spot, Goldsmith sees Bridges ordering a Stella, instead of his go-to White Russian, and says (with a Stella in hand himself), “Interesting choice.”

Though Stella had already announced its plans to use Parker and Bridges in the ad and revealed what was thought to be the full spot last week, it was not known Goldsmith would make an appearance.

Peter Van Overstraeten, vp of premium and super premium marketing at Anheuser-Busch, said Goldsmith felt like the perfect addition because he, like Bradshaw and The Dude, is himself synonymous with a different beverage. The ad supports Stella’s partnership with Water.org, which will provide clean drinking water to a person in need for a month for every Stella purchased from now until March 31.

“Over the last two weeks, we’ve been exciting fans by recruiting two of pop culture’s most iconic characters to change up their usual beverages to a Stella Artois, all in an effort to help end the global water crisis,” said Van Overstraeten. “During the Super Bowl, one of beer’s biggest nights, we surprised viewers with a twist on this concept and recruited another familiar face. … Because no matter your previous drink of choice, switching to Stella for a good cause is a moment worth celebrating.”