Since launching his ABC late-night talk show in 2003, Jimmy Kimmel has never had a year like this. Two major events, both very personal to the comedian, unexpectedly turned Kimmel into the conscience of late night—if not the entire country. In April, his son Billy was born with a heart disease that required emergency open-heart surgery at just 3 days old, which prompted him to urge Jimmy Kimmel Live viewers to contact their member of Congress and urge them to uphold the Affordable Care Act. He returned to the topic with a vengeance in mid-September, spending three straight nights criticizing the healthcare bill that Republicans were trying to rush through Congress. Two weeks later, in the wake of the Oct. 1 mass shooting in Las Vegas, where he grew up, he admonished Washington for failing to take meaningful action on gun control. 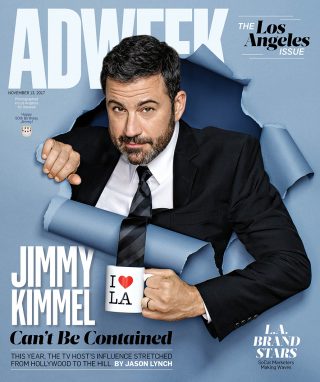 Maximize the Value of First-Party Data for Today and Tomorrow

The Power of Advertising on the Second Screen

Mastering the Art and Science of Subscriber Care

Why CTV Will Be Critical for Driving Q4 Holiday Performance

Your Guide to What the Savviest Shoppers Really Want

The Real Deal on SMS Marketing