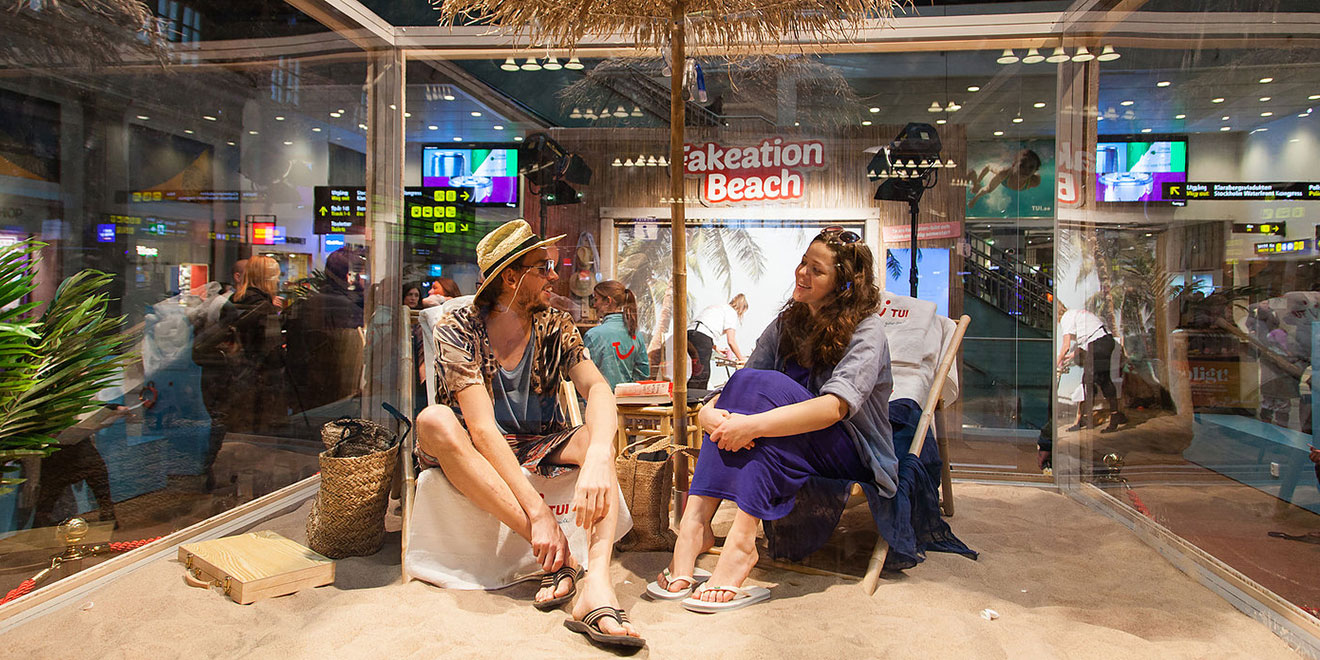 This may well be the best help-wanted ad we’ve read lately.

While nowhere near “Best Job in the World” caliber, it clearly draws inspiration from that general direction … and sure beats the City of Los Angeles’ slyly horrific call for graphic designers.

The gig is for a Professional Slacker.

“The ideal applicant takes great pride in doing as little as possible at any cost and possesses an enviable capability of daydreaming of sunnier days,” it reads. “Having no interest whatsoever in interacting with others and no ability at all to multitask is beneficial but not a requirement.”

Created by The ODD Company for TUI Nordic, a Stockholm-based travel agency, the ad is part of a campaign called “Fakeation Beach,” which went live this month. By Jan. 14, it received 5,435 applications from 26 countries. (Any wonder why? It reads, “Fixed salary. Guaranteed to be way too high in relation to performance.”)

Fakeation from Maria on Vimeo.

The idea behind “Fakeation Beach” was to bring a “well-needed vacation feeling over to Sweden,” writes The ODD Company, which “specializes in the weird.” “Our only option? That’s right; faking it!”

From Jan. 22 to Feb. 4, the four winners can be found in the middle of Stockholm Central Station, napping, reading and tanning inside a glass box.

That box in the middle of commuter hell, though? It’s modeled after the Playa de Muro in Mallorca, Spain, complete with sand, lounge chairs and an artificial temperature of 82°F.

FILM2_BEACH from Maria on Vimeo.

“Deadlines are piling up, and it’s getting dark outside before you even leave the office,” our ODD friends continue. “Perhaps you even manage to catch a cold. Needless to say, everyday life for us Swedes are quite far from what most of us are longing for: a relaxing vacation to a sunnier and warmer place.”

Four “Professional Slackers” were chosen in all. Until Sunday, find them at Stockholm Central Station between 7 a.m. and 7 p.m. (there’s a shift change in the middle).

And while it doesn’t necessarily sound fun to spend all day napping in a box while commuters—now much colder, having seen you—glower at your fun choice of sun hat, the short-term gig does pack some serious cushion.

“As the slackers are doing a very important job, they are naturally rewarded for it,” the website reads. “Aside from a competitive salary ($20/hr), they also enjoy an all-inclusive food and drink package. And just as at any TUI resort, there are a lot of service employees around, ensuring that the slackers at all times feel 100 percent relaxed and satisfied. As a bonus, they also get a real vacation for two people to any available destination (after all, it never gets as good as the real deal).”