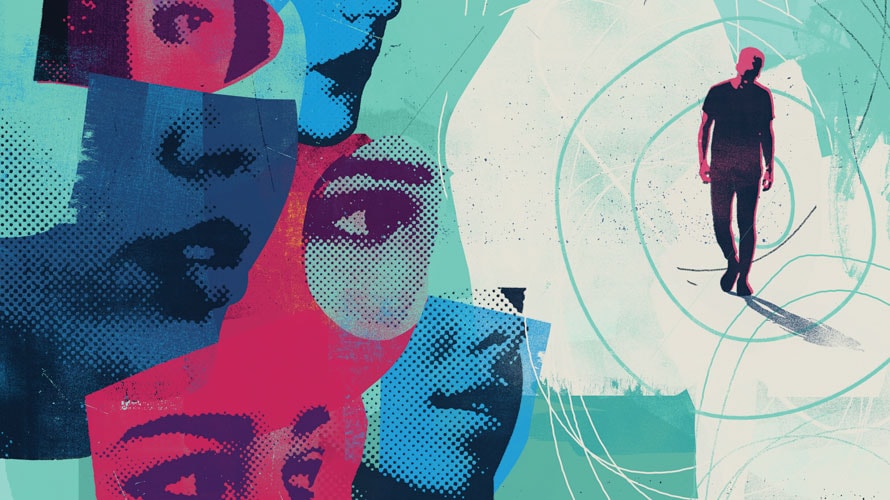 So many of us go into a job and immediately convince ourselves we’re not good enough to do it. - Credit by Getty Images

My palms are sweaty. My knees are weak. There’s no vomit on my sweater, but there might as well be with the way my nerves are screaming for some sort of release. It’s like the battle scene from 8 Mile, except I’m in a meeting room inside a New York agency and the only thing I’m battling is my own insecurity.

I’ve just spent the past 48 hours trying to come up with ideas worthy of presenting in a creative review, and a good 80 percent of those hours were spent playing Bop It with recurring thoughts along the lines of “You’re not good enough.”

The review goes well. A lot better than I expected. But it’s a fluke, a wrinkle in time.
The next brief comes along, and without fail, it triggers paralyzing panic. I don’t know how to do this. Am I the only one worried about having ideas by Wednesday? I’m not as good as the other creatives, and they’re going to find out they hired a phony. What if I’m a bad creative who just finessed her way into this gig? I should just quit before I get fired.

But I do have some learnings I’ve collected through painstaking trial and error to get me through the sinking moments of inadequacy. And since we don’t talk about imposter syndrome enough, I hope these tips help others feel a little less alone when dealing with the voice in their head that tells them to quit and make way for someone better.

Be patient with the process and be kind to yourself

Creativity is a process. I used to think of creativity as a myth. A stroke of genius, a spark of brilliance that exclusively comes to the blessed few. In reality, creativity is a series of attempted free throws. Some we miss, some we score, some we need an assist. That’s just how the game goes. It’s a turbulent ride of ego-boosting wins and humiliating losses. It’s trying, it’s failing, it’s ideating, it’s incubating, it’s revising, it’s frustrating, it’s exhausting and, in rare moments, it’s exhilarating.

Like anything worth celebrating, craft takes time to build. If we feed the process with patience, the process becomes a little less painful.

And be kind to yourself. If the ideas don’t come to you as quickly as you want them to, tell yourself it’s OK to feel stuck or feel like you’re behind. Our thoughts have power. Talk to yourself the way you’d talk to a friend struggling with the same doubts.

Trust your talent. Trust that every experience has led you here. Believe in yourself , your voice, your value and your creativity. Nothing can happen without that belief.

When you find yourself comparing, redirect your focus to something you can control

It’s tempting to do. The other creative team on your brief crushed the last presentation. Every idea they had landed. Why does it come so easy to them while you’re about to have an aneurism trying to come up with one good idea? But we have no idea what it took them to get there or what kind of experiences they’ve been through to gain the knowledge and skills to come up with those good ideas.

Use other people’s work as inspiration. Figure out their thought process and work backward to see where their mind was. Better yet: Ask them. The competitive spirit of creative departments can push for better work, but it can also push a toxic habit of cocooning ourselves into solitude. Reach out to people whose work you admire and be real with them. Tell them you’re stuck and aren’t sure how to approach. Tell them what you were impressed and ask them how they got there.

Instead of ruminating on how great other people are and how terrible you think you are, take active measures to change the narrative. Focus on where you can go instead of where you are.

Focus on what you can do right now

When the work seems daunting, break it down into steps and set mini goals you know you can reach by the end of the hour, day or week. Know that you’re not alone and that most of us are figuring it out as we go.

And if you don’t think you have the talent, tell yourself you have the tools. Constantly collect an arsenal of inspiration to feed your process.

Create Instagram folders with visual references that resonate with you. Build Pinterest boards. Do word association exercises. Write the brief in your own words. Simplify the assignment. Look at old decks and study the ideas that stick out. Highlight the most profound parts of your books and look back at them when you can’t seem to articulate what you want to say.

There’s a world of work people already available, so use it to spark your own iterations of ideas.

Phone a friend (or hype buddy)

Imposter syndrome comes from thinking that we’re a phony and we don’t deserve what we have, so reach out to people who will remind you that you worked for everything you’ve done. Build a network of friends who will hype you up when you’re down and point to the work you’ve created. Look back at something you’re proud of and acknowledge that you made it happen.

Some call it a “praise file,” but I have a folder in my phone titled “Read this when you’re feeling down,” which is a collection of texts, emails and screenshots of the nicest things people have said to me. It sounds vain, but there’s an importance in acknowledging the acknowledgement. It reminds me of my power when I’m feeling powerless.

Get distracted, but do so with intention. Set a timer to let your mind or eyes wander for 15 minutes. Then set a timer for 20 minutes of uninterrupted ideation. Try to write down at least one idea, even if it doesn’t feel like a good one.

Release the pressure to create and see it as an experiment. Welcome doubt and fear as normal parts of the process. Move through the discomfort instead of avoiding it. Have a conversation with someone about something related to the thing you’re trying to crack and see if it sparks an insight. Do things that make you feel alive, especially things that have nothing to do with advertising.

We’re all imposters. Or maybe there’s no such thing as an imposter. But remember this: If you’re afraid, you’re doing just fine.

@jezzchung Jezz Chung is the diversity and engagement lead at Anomaly.