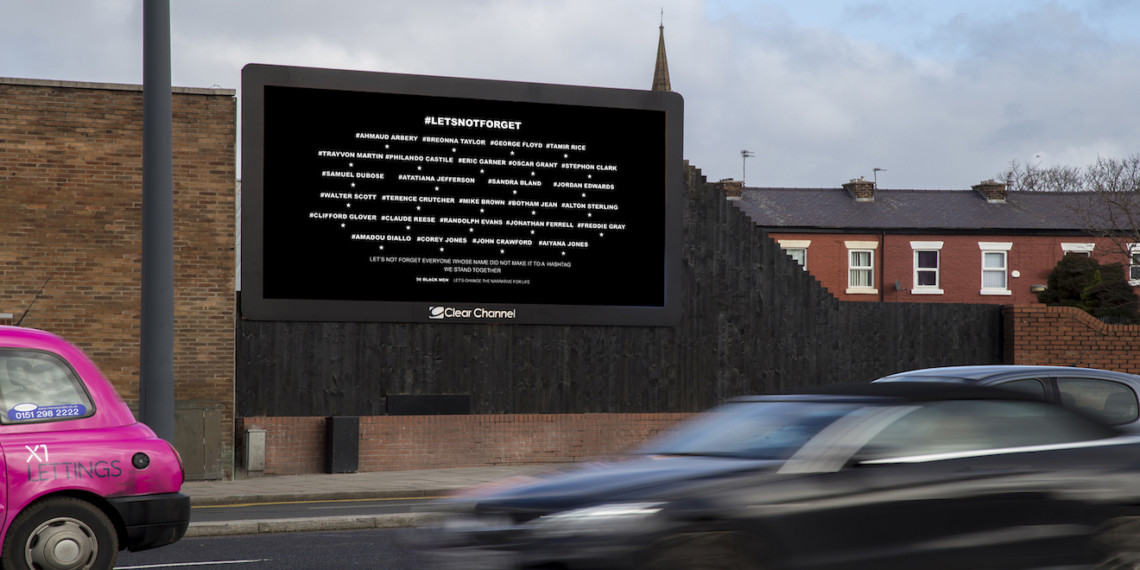 Outdoor campaign featuring names of those who have died urges people: "Let’s Not Forget" - Credit by 56 Black Men / Clear Channel

U.K. advocacy group 56 Black Men has launched a nationwide OOH campaign that simply and powerfully lists the names of Black people who have died in police custody, including George Floyd, as well as other racism-related incidents.

The impactful creative displays the names of more than two dozen Black victims of race-related violence, including Breonna Taylor and Ahmaud Arbery.

Cephas Williams, founder of 56 Black Men, launched the campaign, titled “Let’s Not Forget” (images include the hashtag #letsnotforget) in partnership with out-of-home billboard owner Clear Channel. It launched Wednesday and will appear in the British cities of London, Liverpool and Birmingham, as well as the town of Croydon. 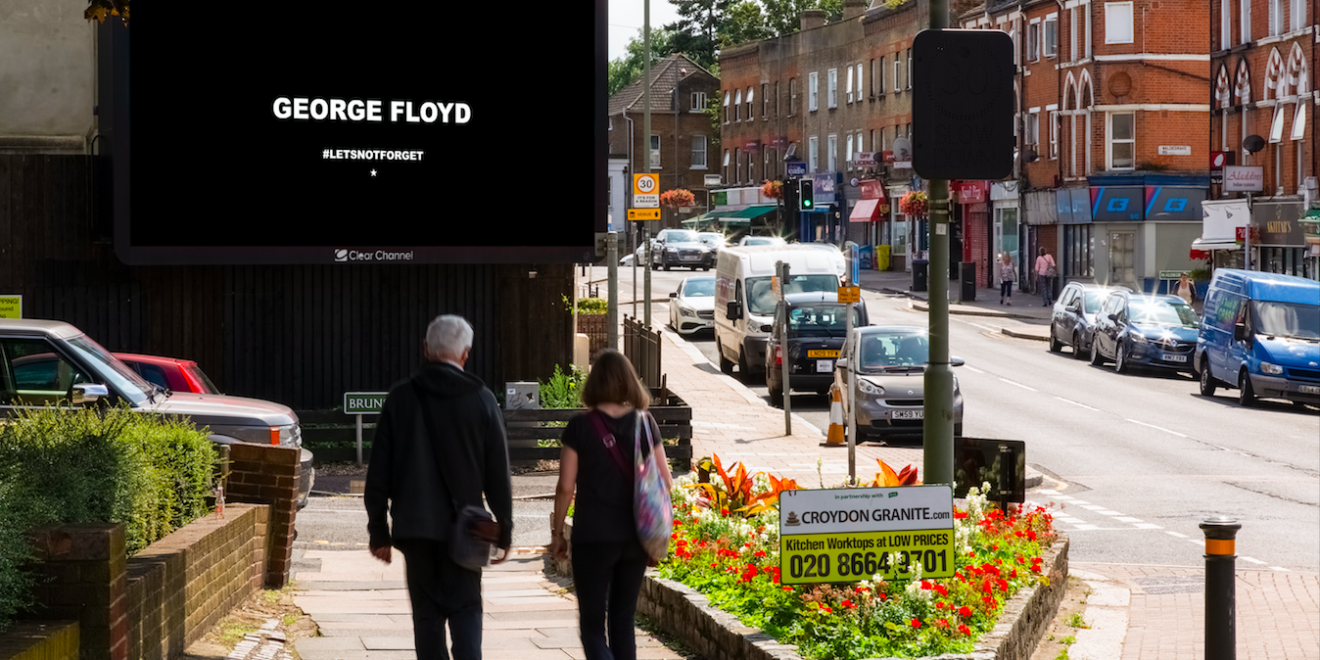 The campaign, he said, seeks to explore the global impact that Floyd’s death—and many others—has had on Black communities, including in the U.K. 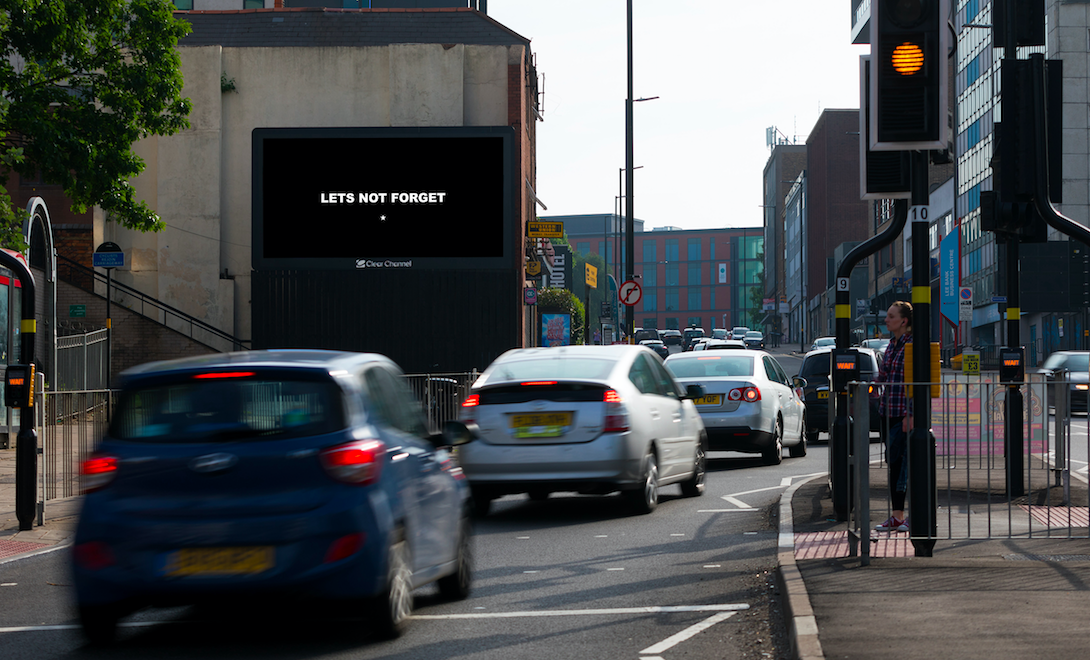 “This has been a watershed moment surrounding racism and the Black community,” he said. “By creating the ‘Let’s Not Forget’ campaign, I am trying to harness some of this rise in the level of consciousness and awareness, and use 56 Black Men as a vehicle to further inform people and usher in the much-needed change.” 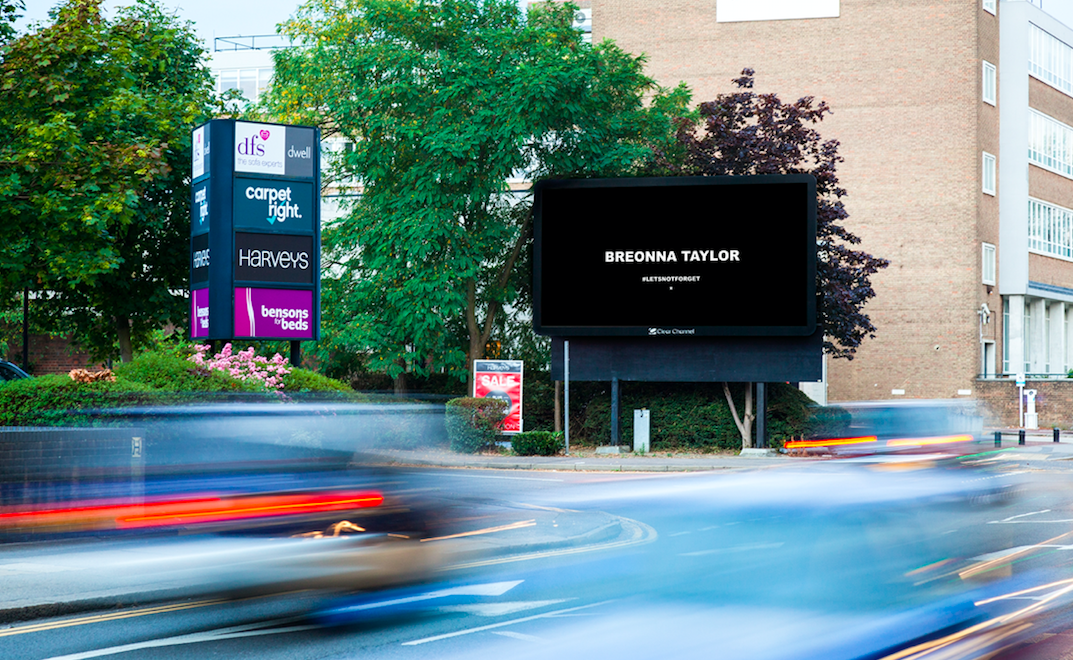 Now an ongoing marketing initative, 56 Black Men first launched as a campaign in 2018 to challenge the negative way Black men have been portrayed in the media for decades. Its aim is to empower Black men and “dramatically reduce” their negative portrayal in the media.