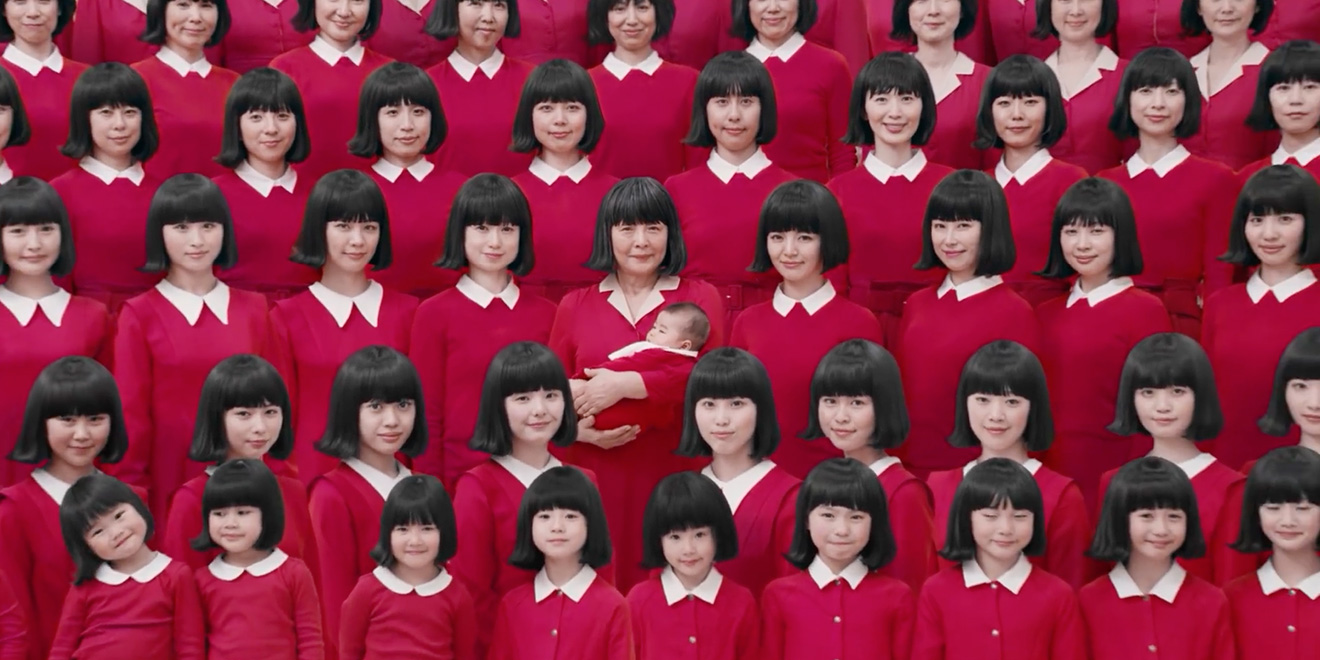 Good news! Even if it’s often hard to measure whether we’re advancing in life, we’re more or less advancing as a species: Over the last century, global life expectancy has risen from 31 to 71.8 years, per the World Bank.

To illustrate how much we can fit into those 71.8 years—a surplus of nearly 41 years that our predecessors couldn’t imagine less than a handful of generations ago—Japanese food brand Glico created “71.8-Second Life.”

In this catchy stop-motion spot, no fewer than 72 actors play the same woman, whom we accompany through birth, adolescence, love and death. (She does not appear to work … unless you count housework! Come on, modernity.)

Not all of the women look the same, but the rapidity of the changes (a new actress each second!), incredible coordination and natural evolution of a person over time produce a compelling overall coherence. (Well, the matching outfits help, too.)

As the matriarch winds toward death, a gorgeous act of choreography sees her leaning into the large family she heads, before appearing in repose between all of them. The last shot finds “her” alive again, surrounded by the actors who played her … including the infant who first incarnated the role, curled up in her arms.

The feat got us thinking about the many people we get to try, then become, over our lives, which—while richer in time—nonetheless flick by incredibly quickly.

Can you imagine the production coordination on this? Check out the behind-the-scenes, which looks deceptively chill.