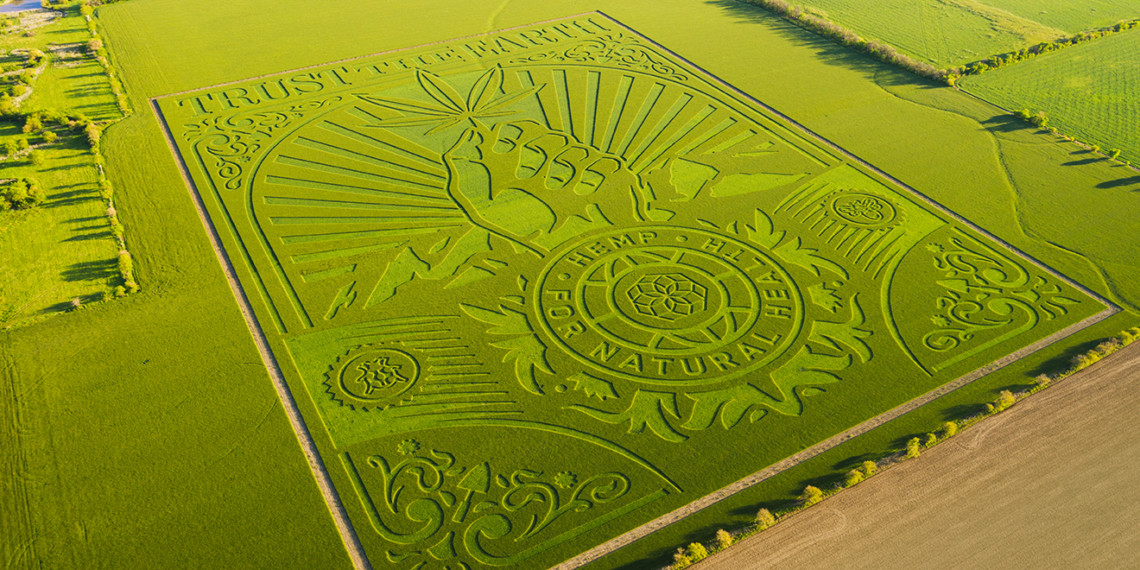 A pioneering CBD brand is collaborating directly with Mother Nature in the American heartland for its latest marketing campaign. What better way, according to Charlotte’s Web, to tout itself as a natural alternative in the wellness space?

The Colorado-based company has several goals with the latest, lushest phase of its ongoing “Trust the Earth” campaign.

But first, some stats on the 76-acre outdoor art installation—also known as a man-made crop circle—in McPherson, Kansas, unveiled today. The work:

It took a lone wheat farmer one solid week of mowing, with an assist from GPS and outdoor maze design firm Precision Mazes. Execs at Charlotte’s Web describe the project as a “visually and naturally living embodiment” of the brand’s mission and a way to democratize hemp.

The design comes from Shepard Fairey’s Studio Number One, which kicked off its partnership with Charlotte’s Web last fall for the brand’s highest-profile public communication to date. “Trust the Earth” first appeared as a giant out-of-home display in the Williamsburg section of Brooklyn, followed by activations in Los Angeles, Chicago and Washington, D.C. 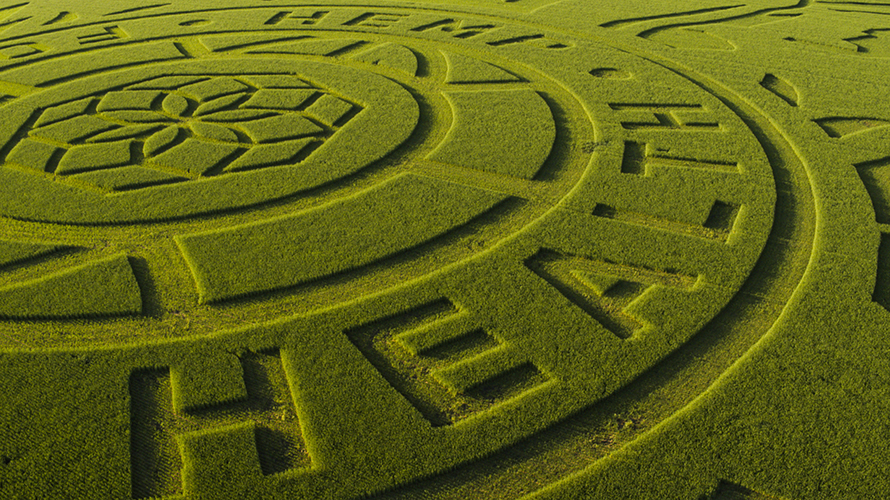 From there, the brand launched another “Trust the Earth” mural for Art Basel in January and a related pop-up shop in Miami, swapping out unwanted CBD products from competitors for its own.

The return of the “aggressive and blatant ‘pot leaf’ visual” is no accident, said Andrew Lincoln, associate director of integrated marketing at Charlotte’s Web and recent speaker at Adweek’s Elevate: Cannabis event.

“It’s meant to turn heads and stop people in their tracks,” he said, noting that the plant in the art purposely looks like a cannabis leaf but isn’t one. “There’s still some baggage and misconception about the ‘pot leaf,’ and we’re leaning into that.”

The display, with its roots already sewn pre-pandemic, is not a direct sales pitch, and there’s no visible company logo, though the “flower of life” hemp leaf is widely associated with the brand.

An accompanying website, TrustTheEarth.com, asks consumers to email their legislators and encourages them to share their success stories of using CBD made from hemp, intent on building a community of like-minded people.

The company has its own heart-tugging tale based on its namesake, Charlotte Figi, who suffered from a rare form of epilepsy. The 13-year-old Figi, whose severe seizures were controlled by CBD oil high in the compound cannabidiol but low in THC, died in April.

An overarching goal of the effort is to “ignite conversations for open access to hemp in all states that have yet to provide this choice,” said the brand’s chief cultivation officer, Jared Stanley. (Hemp is federally legal, per the 2018 Farm Bill, but CBD made from hemp still faces a patchwork of restrictions that vary by state.)

As part of the new work, there’s also an educational platform, Searching for Answers, that Lincoln compares to the Netflix series Explained, where consumers can learn how to identify quality CBD and gather other pertinent information. It was built, in part, to address the spike in internet searches for self-care and wellness topics during quarantine.

The converted wheat field “celebrates everyone on earth whose lives have been improved by hemp-derived CBD wellness products,” according to Charlotte’s Web CEO Deanie Elsner, and points up what Lincoln calls “the melting pot” of hemp fans that range from children and military veterans to soccer moms and other everyday folks. 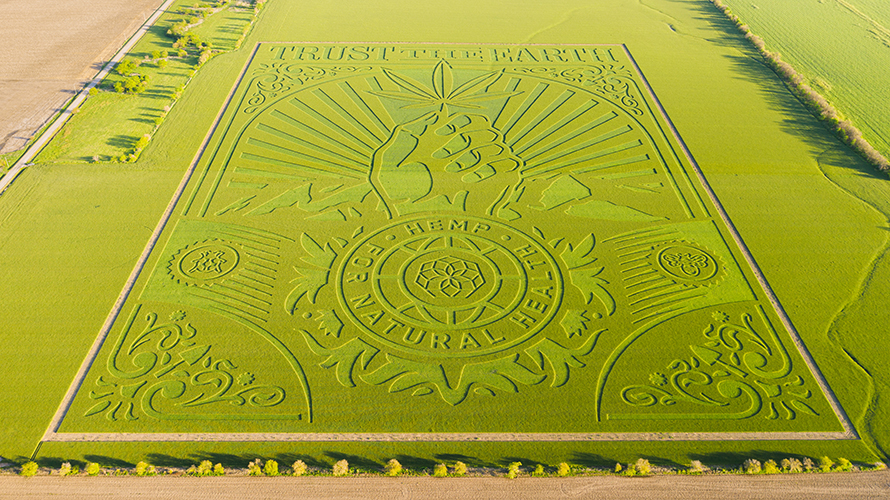