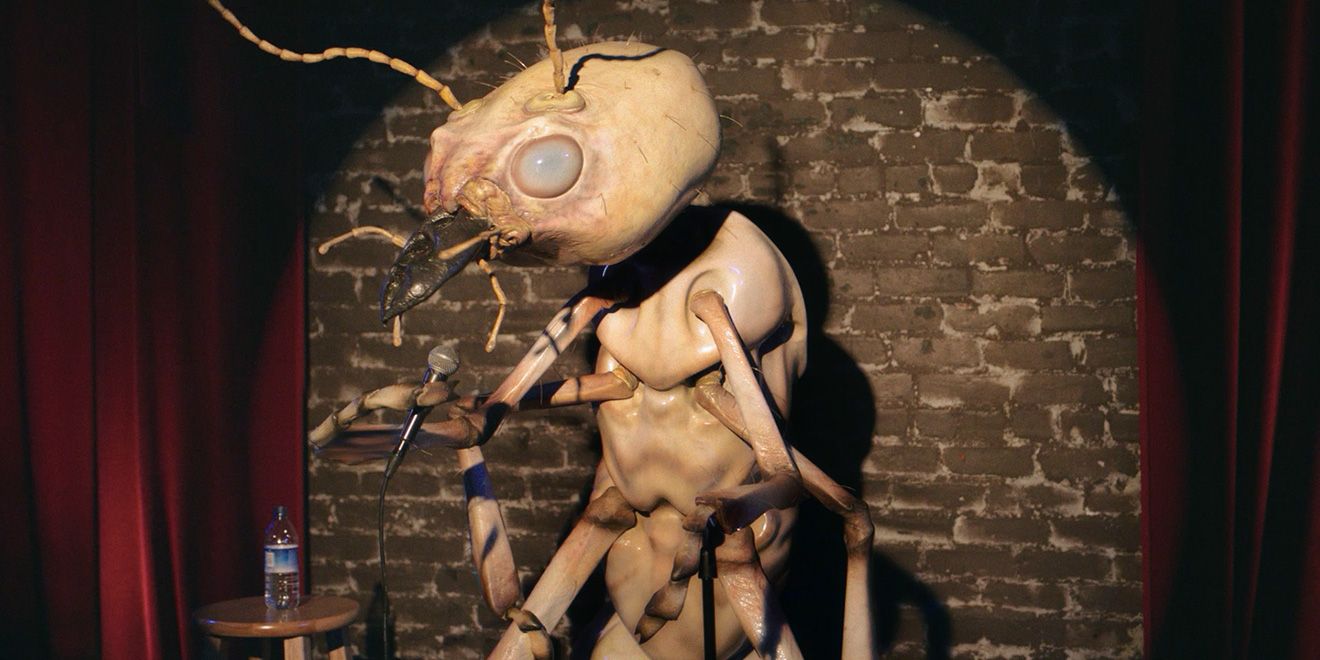 We thought Orkin had long ago exterminated the human-size talking insects that infested its commercials. After all, the animatronic oddities haven’t appeared in ads since 2012.

Well, at least one titanic termite survived, and he’s worked up a comedy act in a new digital campaign from The Richards Group. Hitting the stage for open mic night, our creepy comic goes SPLAT! By which we mean, he fails to raise a single laugh.

That’s probably not surprising, with material like, “Why don’t termites drink coffee?”

The answer, by the way, is, “The caffeine turns them into jitterbugs.”

Crickets … nothing but crickets.

During that groaner, our mighty mite trembles and makes freaky clicking/chewing noises. This helps drive home the ad’s ultimate message: “Termites aren’t funny. $5 billion a year in damage is nothing to laugh at.”

Also, they have terrible timing and feebly flat delivery.

“We actually shot it in a comedy club in L.A.,” Richards creative director David Morring tells AdFreak. “The club was so small, the termite was almost too big for the stage.”

Let’s hope Orkin sprayed between sets, because some really big roach’s pot humor could be a colossal drag.

Below are more clips proving that when you catch the comedy bug, sometimes it’s best to avoid the limelight. (Dude, stick a mandible in your wallet and take a class!)