A Grandpa Makes It Home for Christmas in This Beautiful, Nostalgic Model Train Ad With a Twist

Viral German student filmmakers get a paid gig with Märklin 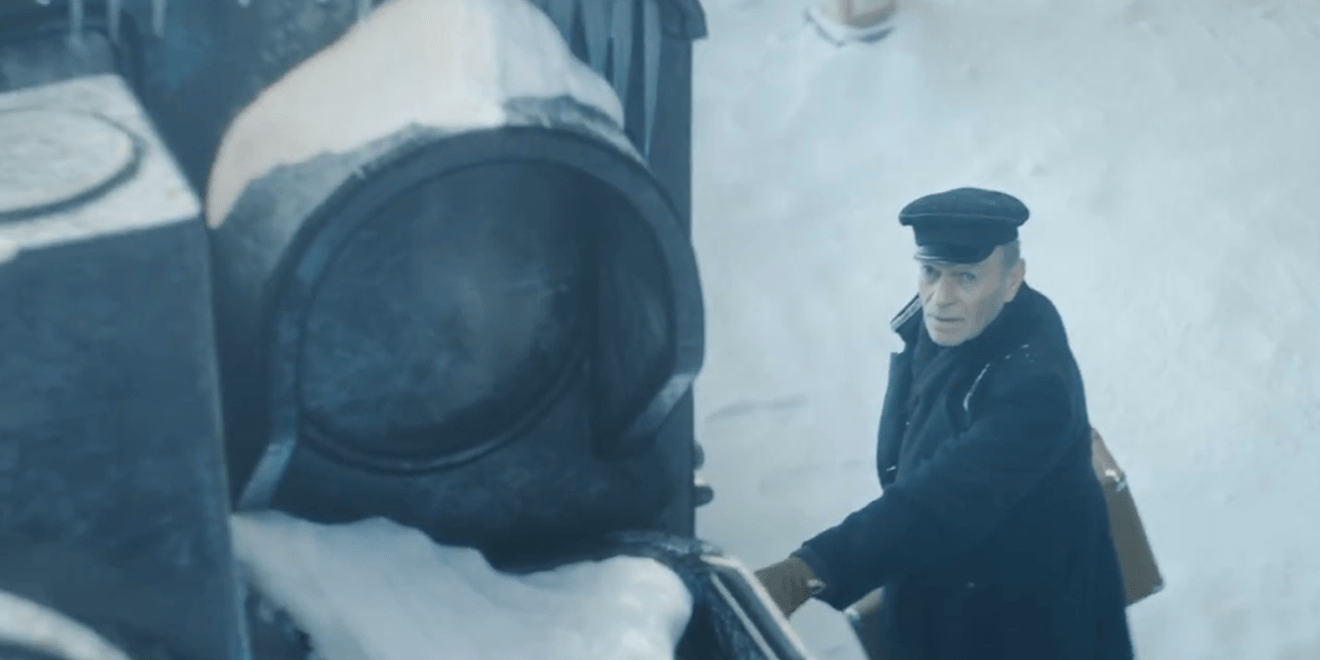 A German student team behind one of 2017’s best spec ads is back with a heartwarming Christmas spot for model train brand Märklin–and this time it’s real.

The marketer approached director Eugen Merher and producer Karli Baumann, now in their final year at the Film Academy of Baden-Württemberg after seeing the pair’s unofficial Adidas ad “Break Free,” which went viral last year, and hired them to create the new commercial, “Connecting Generations.”

In the film, an older man is responsible for maintaining a remote train station in the thick of winter. It’s grueling work, as he shovels snow, grapples switches, changes lamp bulbs, and fixes signs, beset by bad weather, with only a couple of photos of his grandson and a pocket watch to keep him company.

He counts down the days until Christmas, and when an old-time locomotive–the first and only train to appear in the spot–finally arrives, ready to carry him home for the holidays, the camera pans out to reveal the entire scene is a model in the grandson’s room. The kid stands over it, imagining and admiring the grandfather’s labors.

“Märklin is a popular traditional German brand,” says Baumann, explaining the genesis of the ad. “Their issue is that young people are not that interested in miniature trains anymore.”

“There is a huge and loyal customer base of [older] people. The tradition in Germany is to set up the Märklin system over Christmas time with your family. When I was a child, my father had a Märklin set, and we installed the landscape every Christmas on out attic together.”

But in recent years, families haven’t been doing as good a job of passing the hobby down to their children. “Our aim was to remind people of this nostalgic gesture during Christmas time,” says Baumann. “In our film, the product connects generations [through] the memory of the grandfather.”

It’s also a poignant story about an elderly man overcoming isolation and loneliness through determination, and social bonds–a story arc that seems to echo the production duo’s Adidas spec ad, wherein a former track star living in a retirement home eventually escapes the prison-like environment for a jog, with a little help from help from his friends.

For Merher, that’s a theme that, perhaps ironically, reflects his journey.

“Being freed from internal or external constraints through willpower and perseverance is something that has been part of my life since I was getting into filmmaking,” says Merher. “It‘s a very rough business, and you need a lot of energy make something great.”

The concept was one of seven developed for Märklin and the eventual winner.

“I don’t purposely prefer old people as protagonists, it just happened to help the stories in both cases,” says Merher. “I‘m basically just fascinated by characters who go all the way and never give up–because I think this is when their humanity is exposed most. And that, for me, is the magic of filmmaking.”

It’s also not the duo’s first paid work—a 2016 ad for home improvement company Baufix touts a much different tone. In what Baumann describes as a “Hangover-style comedy spot,” a group of guys trashes the house partying while their wives and girlfriends are away, and manage to piece it back together just in the nick of time, thanks to the brand.

Baumann has also just resumed studying after a year-long break spent producing ads for clients with other directors. And while the two are now juggling their remaining school projects (Merher just released another spec spot, this time for Calvin Klein, with producer Philip Chrobot), they’re still developing work for other clients.

As for how they approached creating the Märklin ad, “it depended very much on the location,” says Baumann. “We scouted for locations in Germany, the U.S., Russia, Spain and, in the end, we shot this in Estonia. It was pretty hard to find the right train station that [was] both, abandoned and beautiful in a way.” To capture the look and feel of the location they were envisioning, they turned to illustrator Niklas Franz for help creating visuals to guide the process. But, says Baumann, “I guess the most important inspirations were the train stations themselves.”

And given the client’s business, that’s probably the right tack.