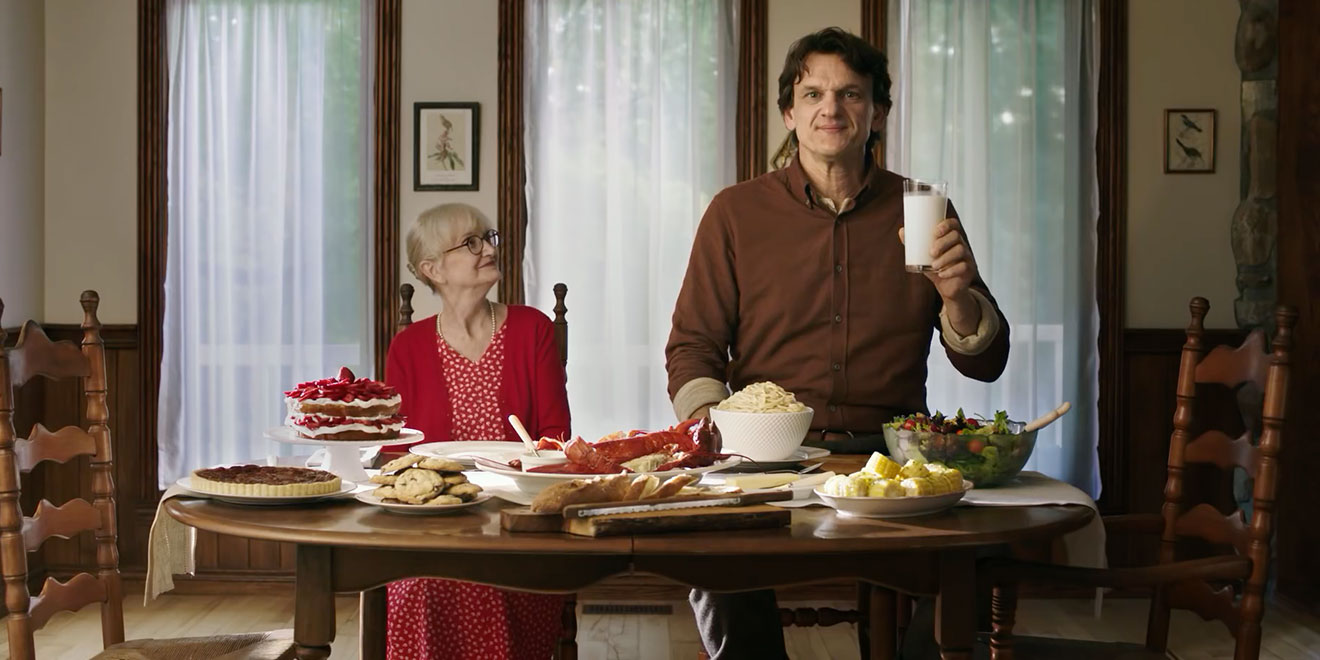 If you’ve been thirsting for the world’s first mockumentary about lactose-free dairy products, Natrel’s got the campaign for you.

Developed by agency lg2, “Intolerance: A Lactose Story” presents Miles Granderson, a middle-aged dairy-foods lover who is also extremely tall. (Hey, milk helps you grow, right?) Alas, one day, after dinner, dude’s rocked to the core. “I had a good helping of linguine with the creamiest Alfredo sauce you have ever seen,” he says. “But after the meal, I started having a funny feeling in my stomach.”

“Many people don’t become lactose intolerant until later in life, so the creative team focused on this fact and pushed it to its most entertaining conclusion,” lg2 creative director Stuart Macmillan tells AdFreak. “Who would miss the taste of dairy the most? Someone who grew up—a lot—on dairy. A lactose intolerant giant. From there, they added elements to his story to make him even more sympathetic as a character.”

Befitting the subject matter, the comedy stylings of the two-minute moo-kumentary are mild but satisfying, in the best Christopher Guest tradition.

“The original plan was to cast an actual giant, but in the casting process it became clear that the sensitivity Alex could bring to the role far outweighed the technical challenges of making him appear a foot taller on screen,” says Macmillan.

The best bits include Miles dropping to his knees in a field and screaming at the heartless universe, “We’re not made to drink nuts!” Later, he effortlessly hefts a huge fridge filled with Natrel products onto his shoulder and joyously bolts for home, shouting, “Mom, set the table!”

Other smooth touches include the creamy-white visual motif and dairy-themed bric-a-brac around the house. (Boss porcelain cows!) And as it turns out, a cute bit in the final scene was improvised.

“The actress was just a genuinely sweet lady who felt like winking at her ‘son’ at the end of that shot,” Macmillan says.

You can dip into the campaign’s OOH elements below. 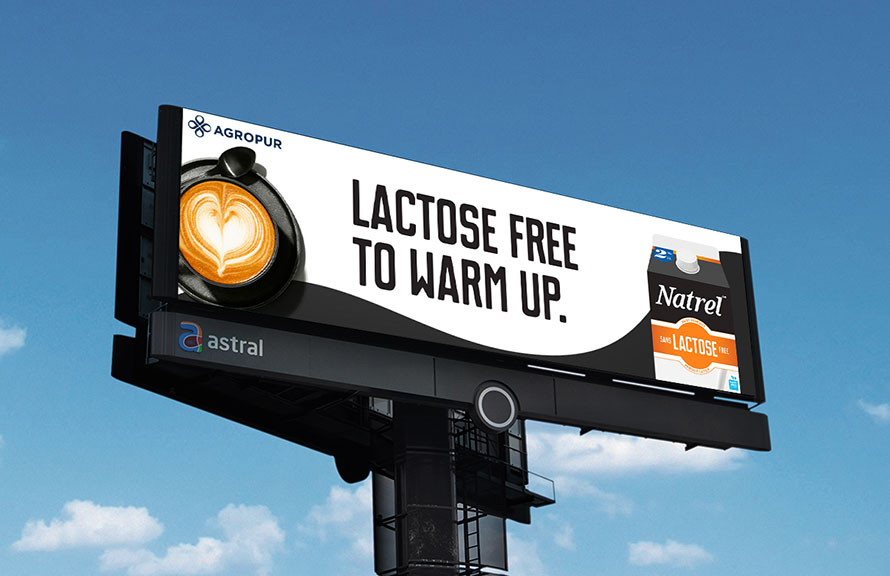 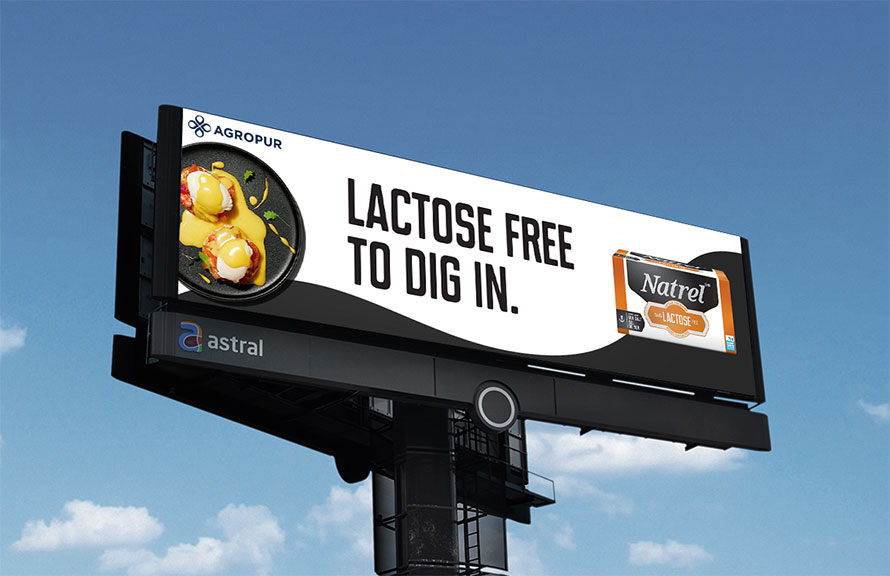 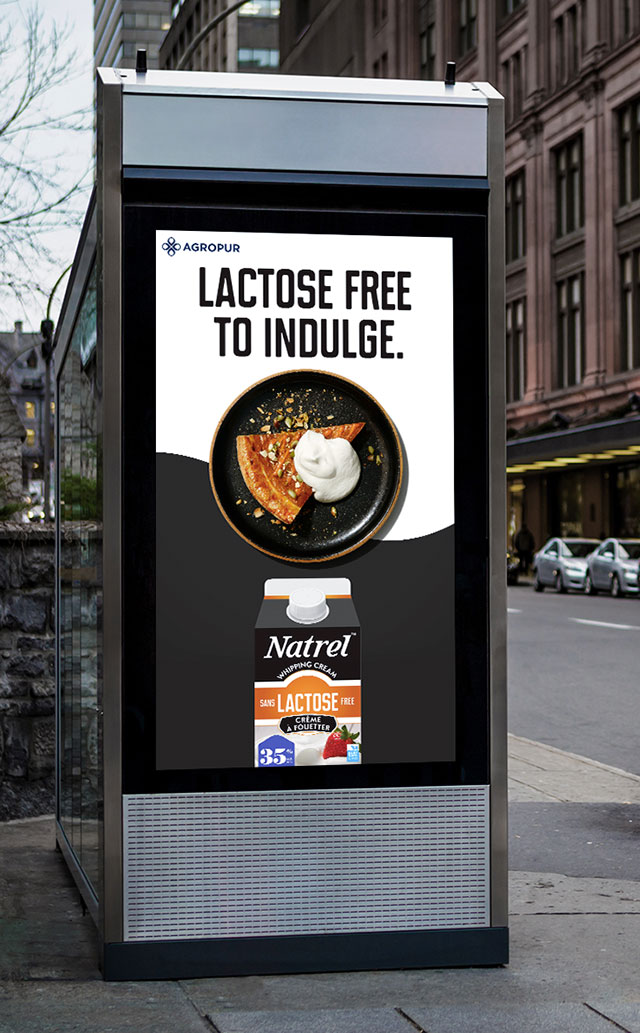