A Love Story, Told as Texts From the Driver’s Seat, Veers Toward Its Inevitable End

A more restrained take on the dangers of distraction 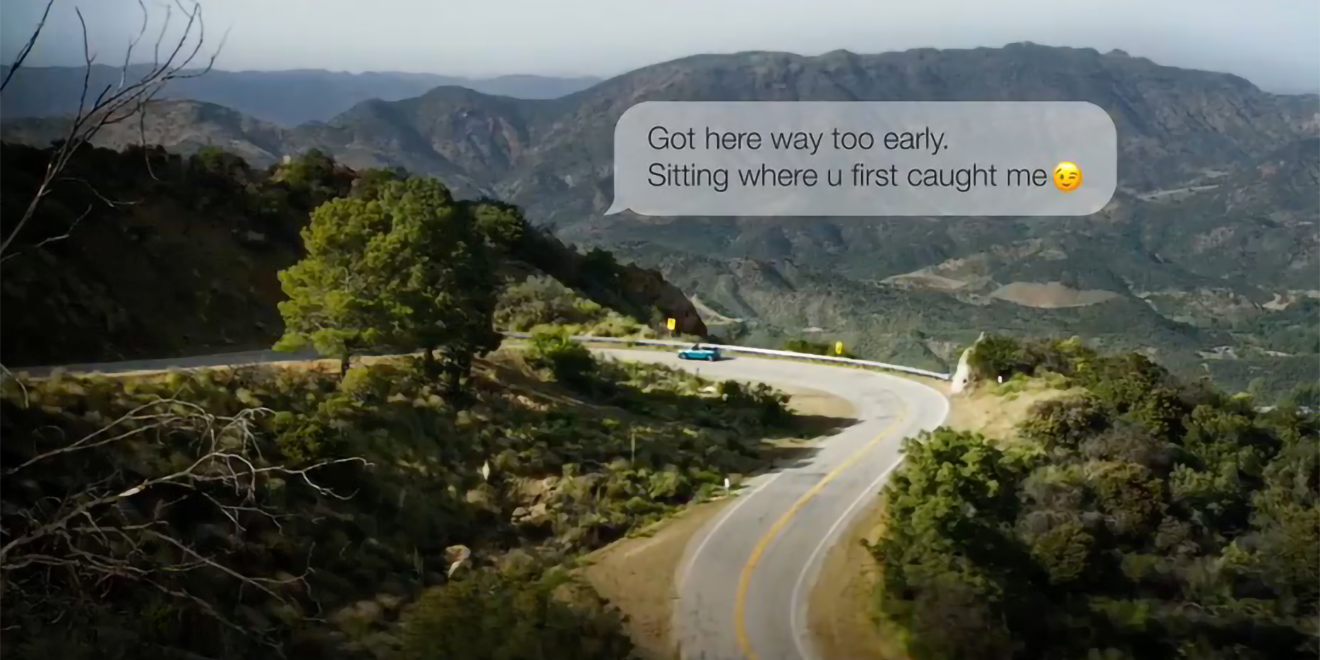 The story of love has been masterfully chronicled on the screens of computers and mobile devices with Google’s brilliant “Parisian Love” a watershed moment on how a future between couples can be built. Conversely, PSAs around texting and driving lean towards the other side of the spectrum, where violent crashes show the brutal consequences of taking eyes off the road.

According to the National Safety Council, mobile phone use while driving leads to 1.6 million accidents in the U.S. each year and accounts for 3,400 deaths, and a new 90-second film from British agency System1 manages to bridge the two emotions by showing how a burgeoning relationship is cut short due to texting while driving.

Directed by Unit9’s director team A Common Future, the spot seems innocuous enough until we start seeing texts being sent between the couple as the young woman in the spot drives along a winding road and the young man enters a bar, which turns out to be the place they first met. As he waits, and as she drives, the texts begin to reveal that this is a serious relationship that is headed for the next step. As he implies that he may ask her to marry her, she texts that she has other news to share as well—a baby on the way, perhaps?

In a flash, the woman veers off the road into a tree as the man waits for her reply.

“The film impacts people’s emotions and has the potential to change behavior. Our hope is that it will emotionally touch everyone who sees it, given we all text and may distract someone who is driving,” said Paul Spriggs, System1’s president for the Americas, also noting that the film, entitled “There No Next If You Text” researched in the top 1% in terms of emotional response.

The film is an internal project and not attached to a brand like other texting and driving PSAs from the likes of Allstate, Kia, Volkswagen and Honda—or the 2013 35-minute Werner Herzog film supported by AT&T, Sprint and T-Mobile.