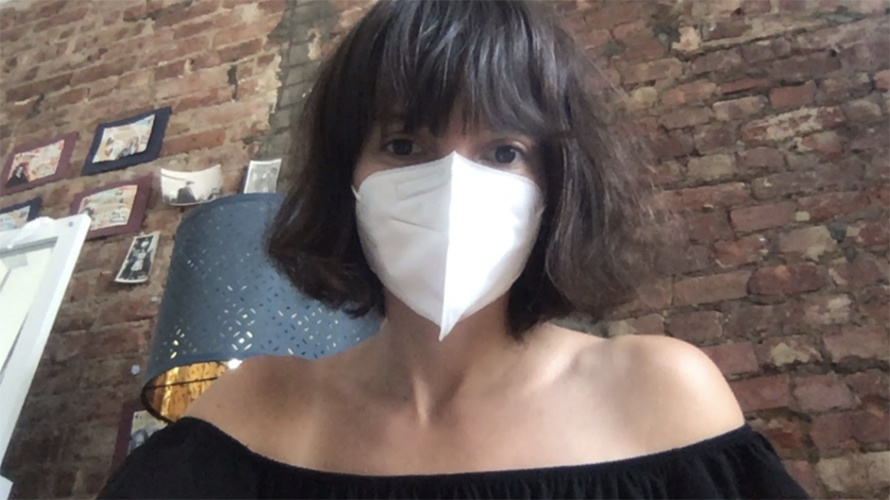 The artificial intelligence powering computer vision is much more likely to mislabel protective masks as things like duct tape, jewelry and gags when women are wearing them than men, according to a new experiment from a data scientist at Wunderman Thompson.

The experiment evolved out of a side project that Barsan had been exploring in which she would rank different street corners based on how many people street camera feeds measured as wearing masks.

While each of the systems tested had their own quirks in terms of what kinds of objects they misinterpreted the masks as, the disparity between genders was a consistent through-line.

Google’s Cloud Vision tool, for instance, identified 28% of women’s masks as duct tape and just 19% correctly as personal protective equipment (PPE). Men’s masks were more likely to be mistaken for facial hair (27%), but 36% were correctly identified and just 15% were thought to be duct tape. 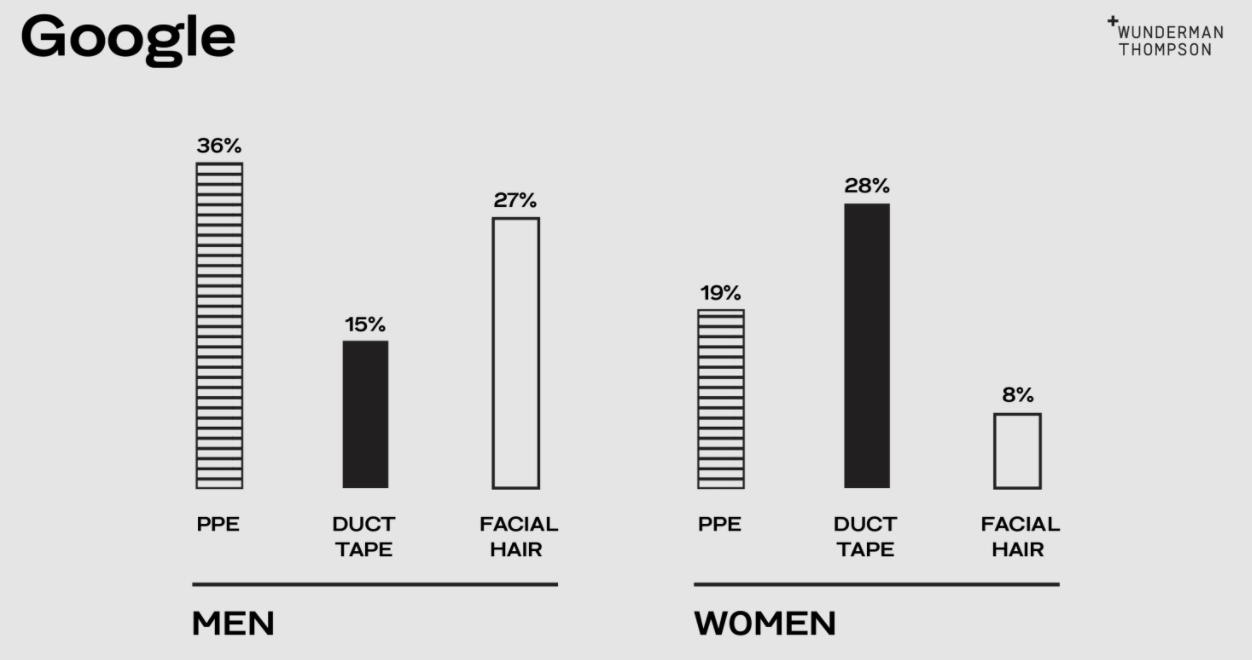 “Neural networks trained on biased textual data will at best sooner rather than later embarrass its makers, and at worst they will perpetuate harmful stereotypes,” Barsan writes. “The same holds true for machines that learn to see through a skewed lens.

“That lens, of course, is our very own culture, offline as well as online—a culture in which violence against women, be it fictional or real, is often normalized and exploited,” she added. 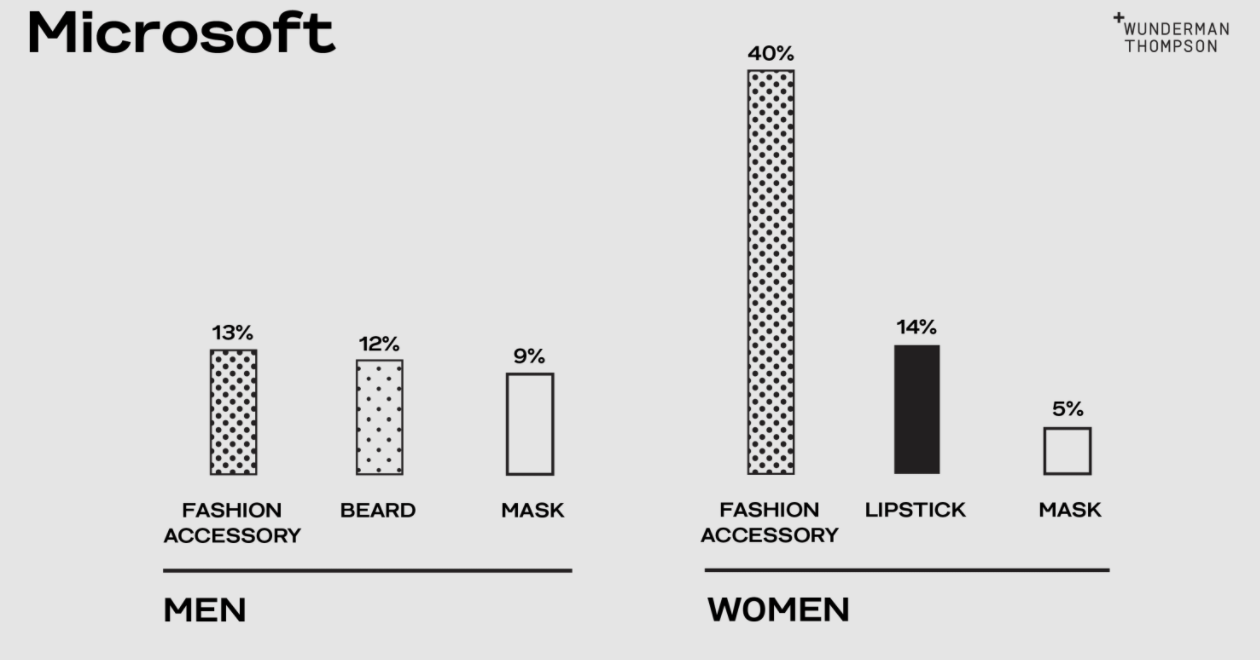 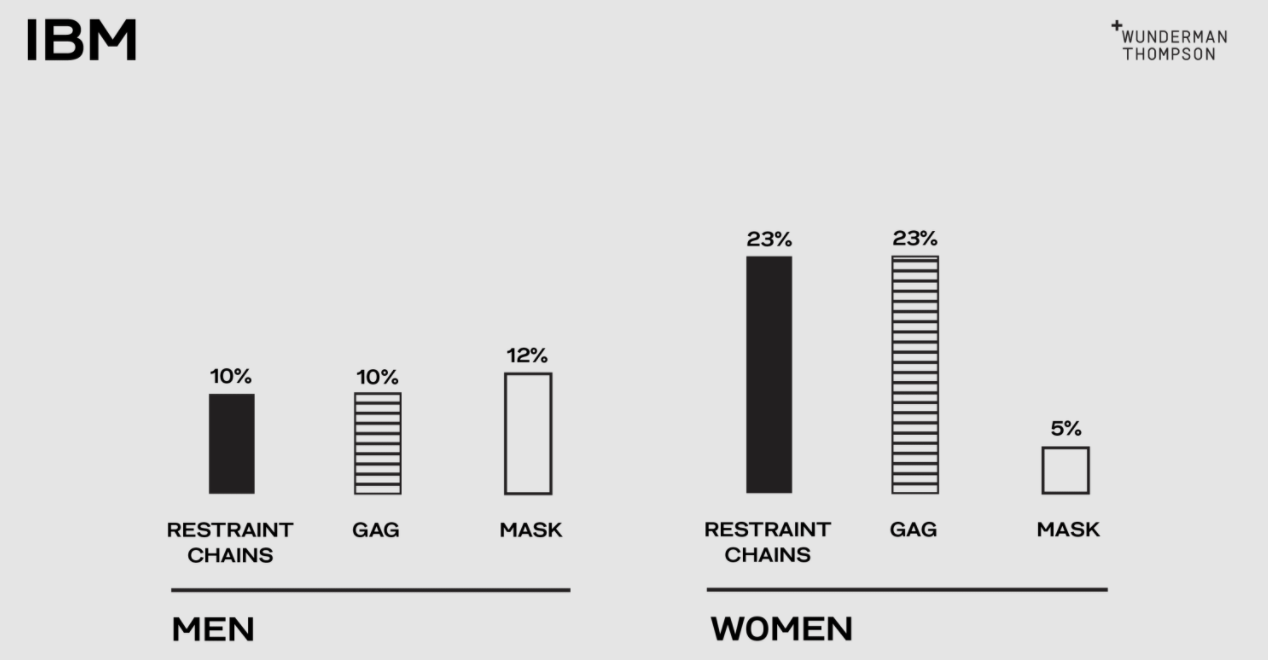 Numerous examples have been documented of computer vision, facial recognition and other types of AI reflecting human bias and discrimination embedded in the data on which they are trained. The problem is further complicated by the fact that many of these systems are black-box algorithms in which it’s difficult to pinpoint specific problems.

“It’s fascinating, albeit not surprising, to realize that for each of the three services tested, we stumbled upon gender bias when trying to solve what seemed like a fairly simple machine learning problem,” Barsan wrote. “That this happened across all three competitors, despite vastly different tech stacks and missions, isn’t surprising precisely because the issue extends beyond just one company or one computer vision model.”