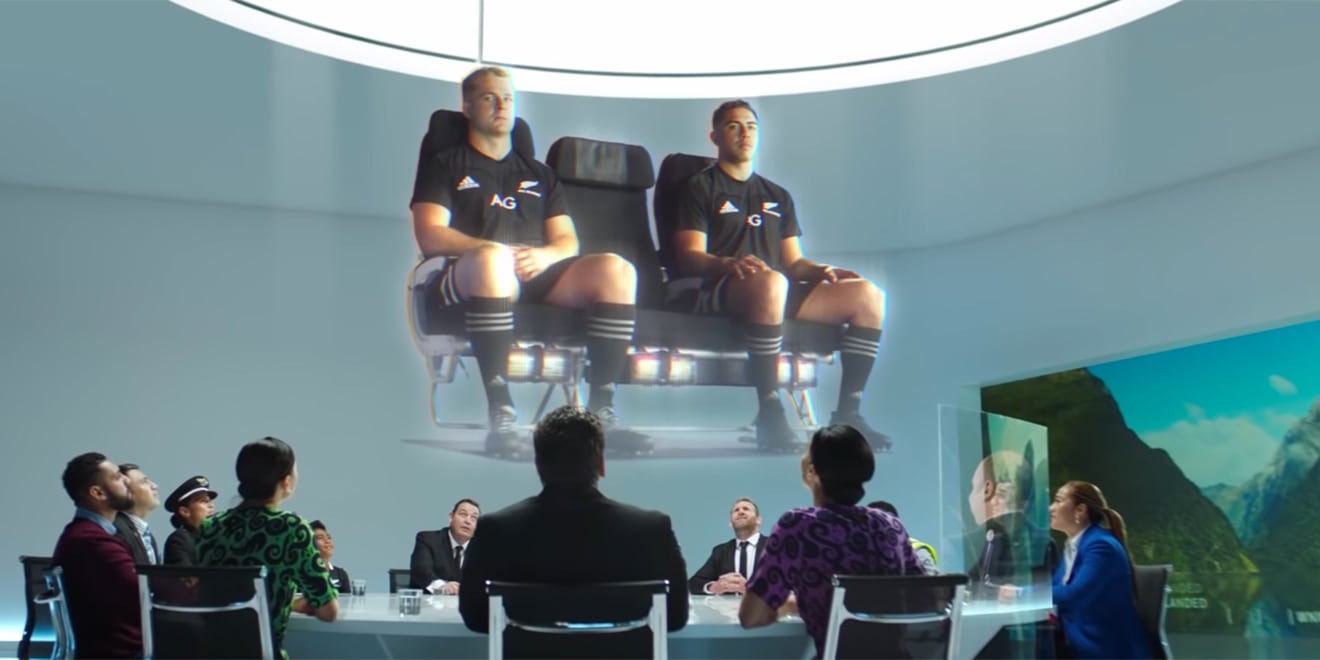 In a show of national pride ahead of the Rugby World Cup, Air New Zealand has enlisted its country’s team—and defending world champions—the All Blacks in a new safety video.

In the pre-flight video released Wednesday, Air New Zealand undergoes a “rebranding” to become Air All Blacks ahead of the 2019 Rugby World Cup that kicks off Sept. 20.

The airline gets some help from current and former team members to demonstrate safety features, as well as show off how its seats are large enough for rugby players—even if they’re flying coach.

Air New Zealand
Also starring in the spot is Suits actor Rick Hoffman as an airline lawyer who chimes in with “legal advice” like suggesting the airline avoid rapping, a nod to last year’s Run DMC-themed “It’s Kiwi Safety” video that received a mixed reception.
Air New Zealand
The casting of Hoffman didn’t happen in the usual way. Last year after flying with the airline, Hoffman tweeted out that he was willing to be a spokesman, calling Air New Zealand “by far the most accommodating.”

Hands down @FlyAirNZ is by far the most accommodating with the most human customer service if you are flying that direction anywhere. Thank you Air New Zealand..I will be your next spokesperson...No...no need to ask...I’ll just be it....nope I insist!!!!

The video also pays tribute to the 2019 Rugby World Cup’s host nation, Japan, where rugby-crazed karaoke singers (and a robot) are given oxygen after seeing the internationally famous athletes. The three-time world champions are known for starting every match with their intimidating haka, a Maori ceremonial dance that pays tribute to New Zealand’s indigenous people.

Although the video doesn’t feature the haka, the spot does show the airline’s commitment to its 20-year partner, dropping a hint that Air New Zealand travelers can expect to see the team again in 2023 when the next Rugby World Cup is held in France.