Mike Diva does his thing for Halo Top 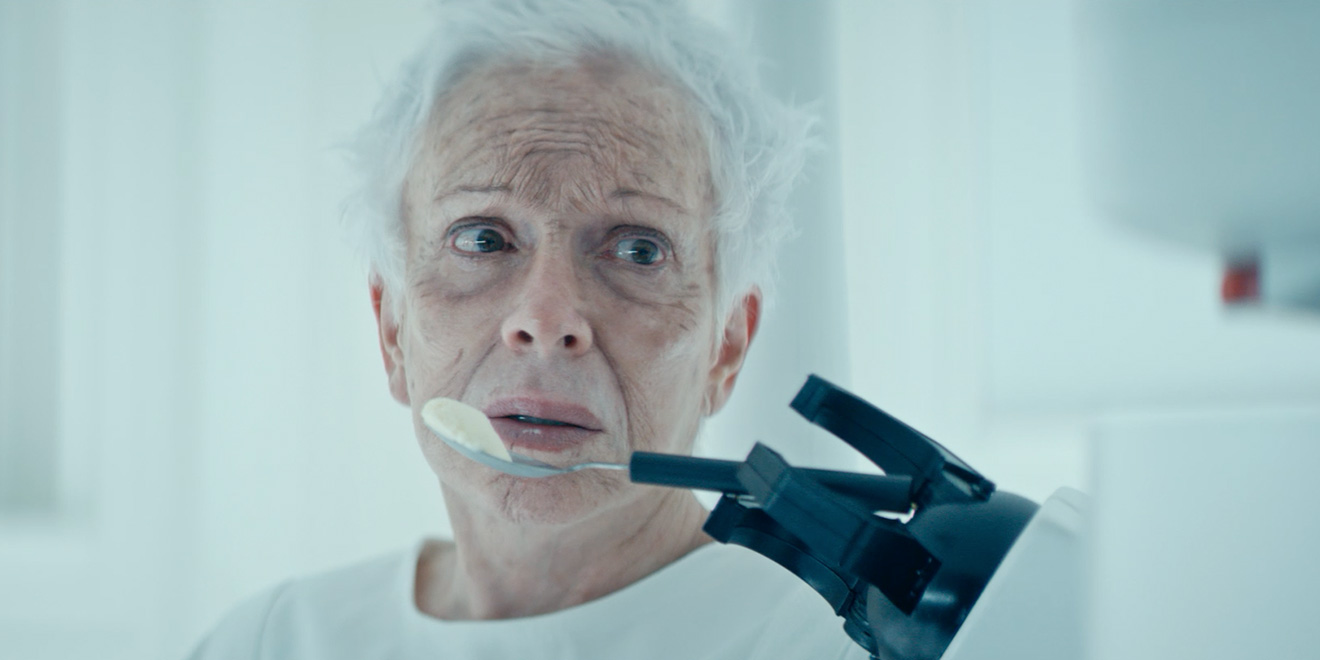 Ad parody master Mike Diva finally got a chance to make a real commercial, and it’s as insane as you’d expect. In a good way.

Diva (real name: Mike Dahlquist) is well known for having made unflattering but undeniably entertaining parody ads for Donald Trump and Hillary Clinton in the last election, along with other weird stuff like this satanic Furby spot.

Now, he’s been hired by Halo Top ice cream—an ascendant brand that’s already shown something of a fondness for offbeat advertising—to produce a Kubrick-like meditation on the forthcoming robot enslavement of humans, and ice cream’s brutal role in early communication between the two sides.

Without more spoilers, check out the Halo Top spot here:

The dark comedy is nicely handled here. It says something that the robot’s deadpan “Everyone you love is gone” utterance works as a genuine laugh line. It also says something that the client, including founder and CEO Justin Woolverton, greenlit such a bleak and dystopian production, one that doesn’t do the product too many favors either.

The ad, produced by Lord Danger Productions, will run in cinemas (including, aptly, before screenings of the movie version of Stephen King’s It) and online.

Halo Top’s first major ad campaign, by agency Red Tettemer O’Connell + Partners, broke just before the July 4 holiday weekend this year. While not as crazy as the new “Eat the Ice Cream” spot, that campaign was pretty out there as well, featuring takes on the classic allegorical battle between angel and devil.

In those spots, the devil is angry at the angel for having discovered guilt-free ice cream, as Halo Top is just 240-360 calories per pint.

See three of those ads below.