It's Anomaly's first for the brand 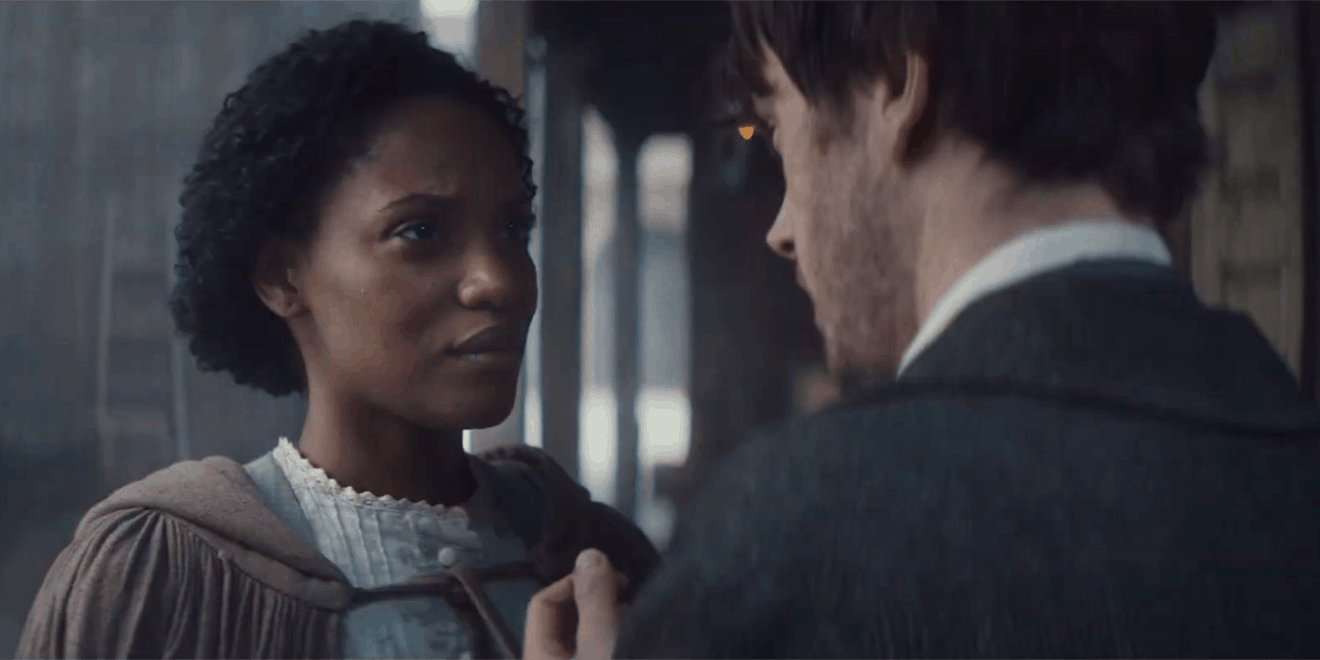 That approach is used to illustrate how Ancestry users can uncover documents to tell the hidden history of their family tree. The integrated campaign launches with a series of three spots in the style of historical dramas.

Each story, which includes an interracial couple fleeing the U.S. to get married in Canada in the 1860s, a family immigrating from Ireland during the potato famine and a young man pleading with his doctor to let him enlist in World War I, is cut short before concluding with the message, “Without you, the story stops here.”

The campaign from the Toronto office of Anomaly is the first work from the agency since being named agency of record in the U.K. and Canada last November and takes the brand in a new direction. Anomaly Toronto was behind the campaign, brand strategy, concept and design.

Additional campaign elements, including visual elements showing the gaps in family history, will roll out in the coming weeks and months.

Back in January, Ancestry released a documentary about bringing together six strangers in Brooklyn and revealed an unexpected connection. Previous work from the brand includes a “Together Forever” ad displaying how inextricably tied the U.K. is to Europe and a Veteran’s Day ad showing that “American heroes come from everywhere.” Anomaly’s campaign focuses more on the personal stories waiting to be uncovered. If the cliffhanger endings call to mind Netflix binge sessions, that’s by design.

“We uncovered a new strategic opportunity that positions Ancestry as a usage platform, much like well-known streaming services,” Anomaly president Candace Borland explained in a statement. “These brands have a place not only in consumers’ minds but in their lives. No one says ‘I’ve done Netflix.’ Ancestry is a platform that people use to uncover the ongoing, fascinating stories of their ancestors—it was time to show that truth in a new light.”