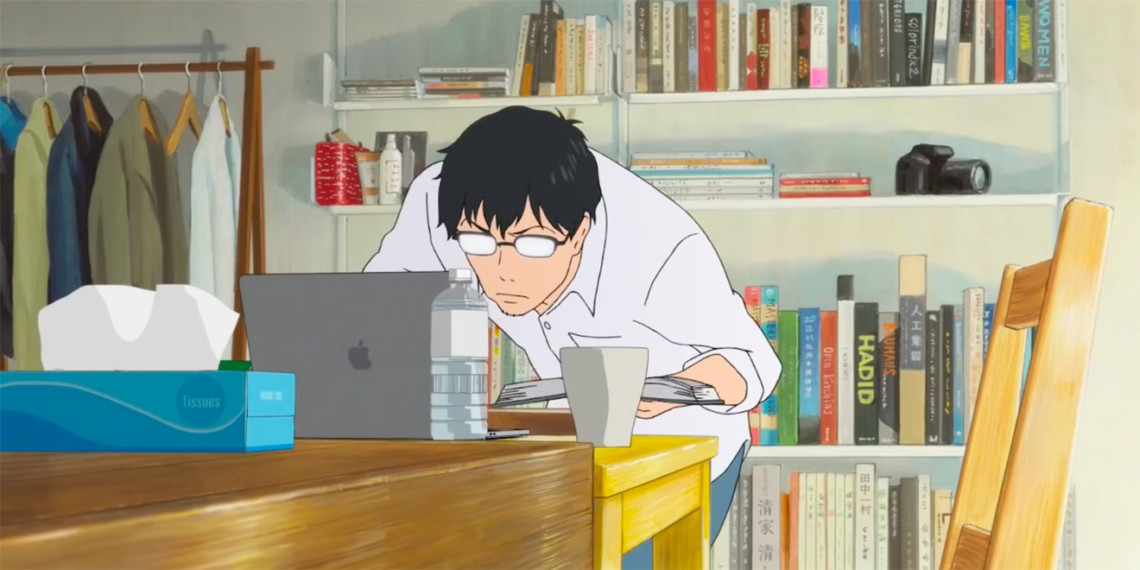 A scene from the 2018 film Mirai is one of several pieces of "found footage" in Apple Japan's new spot aimed at students. - Credit by Apple Japan

Apple’s Behind the Mac campaign is all about showing how the MacBook has permeated creative culture, usually by showing it in the hands of famous icons and aspiring artists alike. A new ad from Apple Japan takes the concept in a fun direction, highlighting how often MacBooks—or thinly veiled lookalikes—appear in anime.

Aimed at Japanese students, the spot features “found footage” of the laptop appearing across a range of films and shows, including some mainstream hits like 2018’s Oscar-nominated Mirai and more niche titles like 2014’s Terror in Resonance.

The spot proudly features something many brands might have mixed feelings on: reimagined logos that keep the product from looking so official they’d require licensing. Apple, however, is taking pride in the slightly tweaked logos, which it says is a sign of how anime creators have expressed their admiration for the brand.

The soundtrack is “I am Syujinkou” (“I Am the Main Character”) by Kaho Nakamura, whose lyrics encourage listeners to be heroes in their own stories.