Are Whale Noises the Secret to Business Success? This Guy With a Man Bun Says Yes 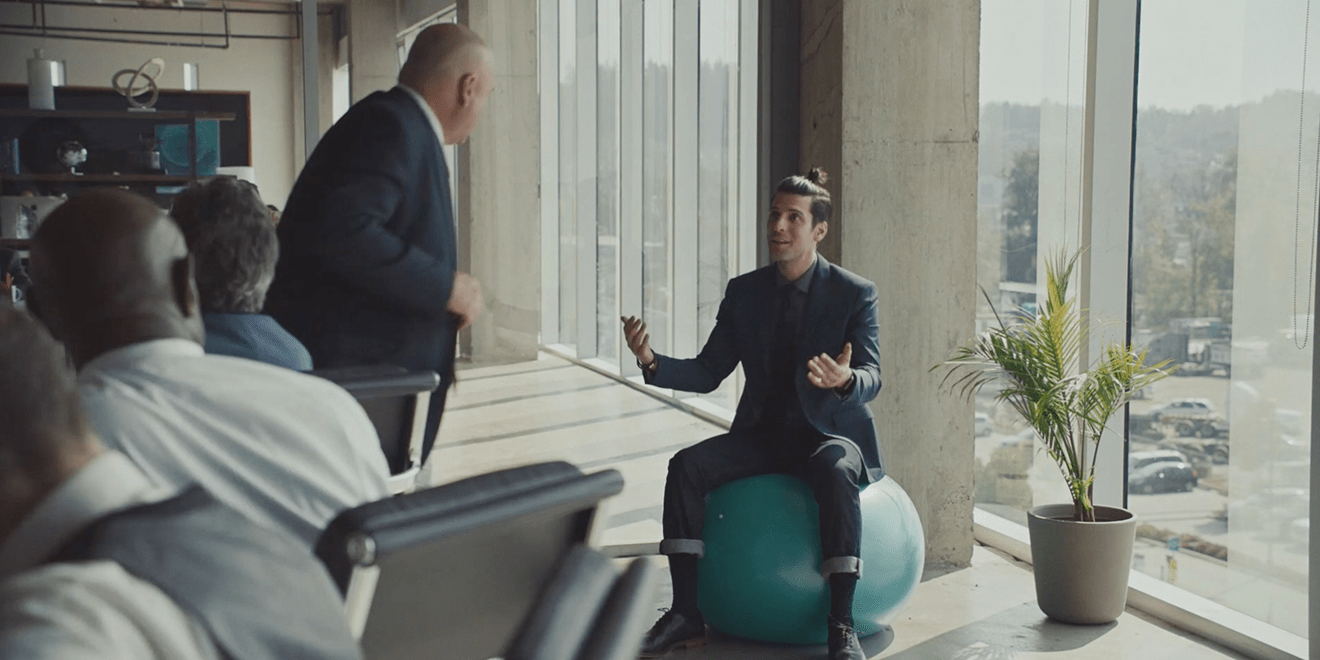 There’s one in every company … that dude in a man bun who thinks that expressionist movement, primal therapy, and core exercises will solve all your complicated workplace problems.

He is wrong, of course, and he makes a spectacle of himself in daily meetings. He’s undaunted, though, spouting platitudes like, “Learn to balance our bodies, and the budgets will balance themselves,” while sitting on a yoga ball.

This emotive guy is at the heart of a new campaign for FileMaker, an Apple subsidiary that helps execs at small business and non-tech companies create their own custom apps without having to know how to code. (The service, with 1 million active subscribers, has evolved to include professional developers who can step in when needed).

The campaign, from MediaMonks, gives the hippy-dippy hero free rein to share his trendy ideas. He suggests, for instance, that whale noises are the best way for him and his colleagues to communicate, though his boss begs to differ.

“Yeah, what do whales know?” he scoffs. “They’re only the biggest animals on the planet.”

He also thinks there’s “only one language in business,” and it looks like a mashup of charades and lousy improv. His co-workers, who must be bored to tears dealing with procedural snafus and mar-tech meltdowns, indulge him at every turn.

The spots, with the tagline, “Need innovation without the hype?” check off FileMaker’s “fun and relatable” boxes because of their sharp casting and earnest delivery. (Everyone’s fully committed, with straight faces, to the goofy scenarios).

A previous campaign with a similar sensibility, from the Boathouse Agency, tapped former stars from The Office, took them out of their cubicles and put them on a vegetable farm to show how FileMaker could turn their homegrown operation into a million-dollar cash cow.

Oh, and if you’re a fan of whale noise ads, might we recommend this gem from Holiday Inn, one of Adweek’s 10 funniest commercials of all-time.