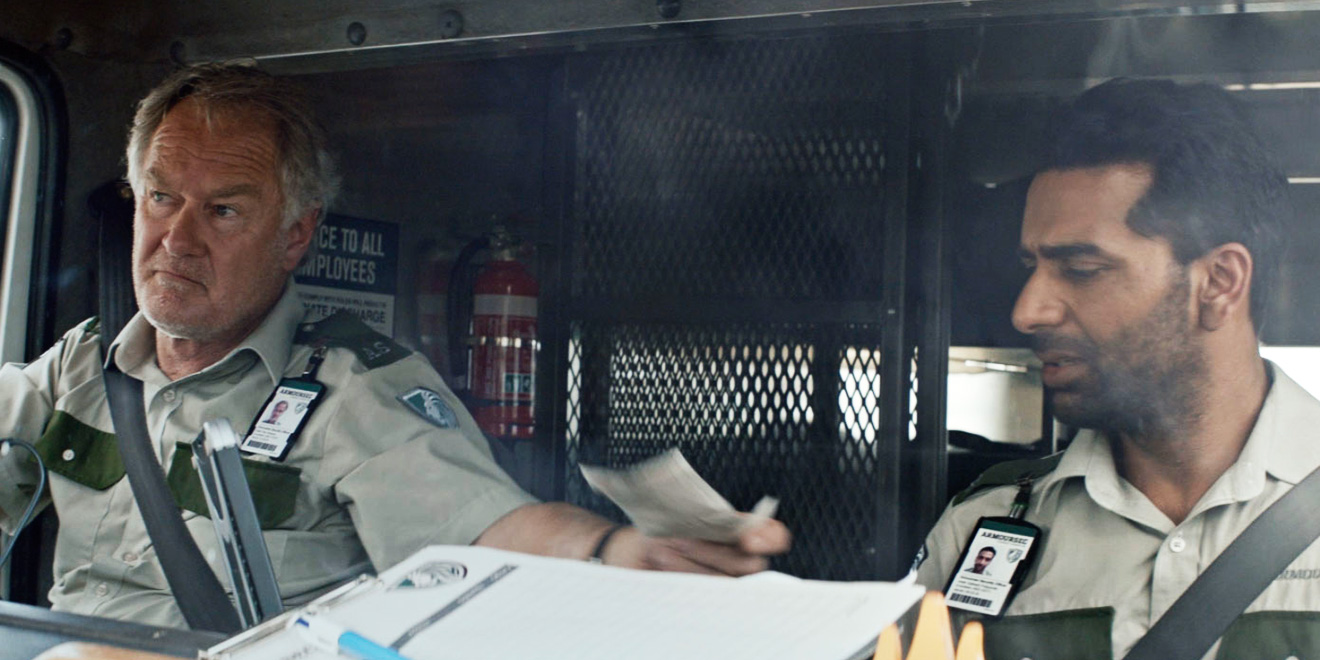 When your job is to transport thousands of dollars of cash every day in an armored truck, your thoughts probably turn pretty frequently to issues of personal finance. Perhaps you even daydream about stealing the truck. One day, just possibly, you decide to do just that—surprising your suddenly horrified co-driver, who figured you’d been kidding all along.

That’s the promising setup for the two-minute spot below by DDB New Zealand for that nation’s lottery. The film was produced by Scoundrel and directed by Tim Bullock, who is repped by Blink in the U.K.

The drivers’ day starts out like any other—loading the precious cargo into the truck, while chatting about what they’d do if they won the lottery. (This, somewhat sadly, appears to be a regular topic of conversation for them.) The pair—a native New Zealander and an immigrant from India—have a fun rapport, setting up a very entertaining, and gripping, heist scenario. Because at one point, the guy driving the van decides to skip a scheduled stop. And before you know it, they’re headed for the border.

It’s a clever way to dramatize wish fulfillment, and the piece has an undeniable charm that should win over even those viewers who are prone to resist the lottery’s largely empty promises. The casting and direction, in particular, are well done—with the actors making the whole scenario pretty believable.

Below, Bullock speaks about the film and the challenges of directing it.

How would you describe the film?
It’s a warm, cathartic buddy tale, but it’s also the story of the ultimate prank. One that we would all love to be in a position to play or have played on us.

The story plays out within the intimate confines of an armored truck. Any interesting anecdotes or details of challenges you faced in the filming?
Being a two-hander with our characters confined to a vehicle was always going to be a challenge because ultimately there is only so many ways you can shoot two characters sitting in one space. That forced us to move the cameras around quite a bit to keep things interesting and emphasize particular story beats. We quickly realized we had to have two cameras, and I operated the second camera for much of the shoot. It was my camera department debut!

One issue we faced was that in New Zealand, armored trucks are usually just vans—much like courier vans—which I guess is a testament to the country but not ideal for building a high-stakes drama. We wanted to film something that felt more like what is in the mind’s eye of most people when they think of an armored truck but also conceivable in that region. So, we built an armored truck on the only suitable chassis we could find in all of New Zealand, and then had to make it 100 percent roadworthy. Spare parts were arriving from Germany literally the day before the shoot. The production designer, Guy Treadgold, did an amazing job.

How long did it take to find your two main actors?
It is a rare luxury, but what this spot really had going for it was pre-production time. I think we had a good five weeks or so to find our cast. We tested people from all over New Zealand and Australia to find the right combination. And we really felt it was important to get the two guys in the room together. Poor John Chalmers, who played the Ray character, was flown from Napier to Wellington to Auckland and eventually to Melbourne. He was the quintessential Kiwi steady hand, the kind of bloke you immediately liked and gravitated to. But he also had the qualities that made you believe he might be a little jaded and do something as misguided as running off with the money. Sachin Joab was pitch perfect, too. It was an arduous shoot—shot in a tin can, in the middle of summer, with no air con for three days. Both were amazing to work with and always surprised me with moments of spontaneity, many of which made it into the spot.

How did you get the best out of your cast? Did you follow the original script pretty closely?
Most of the battle with directing a story like this is in the casting. The key is to not only find people who look right, can act and that you believe are those characters, you also want people who interpret the script, interrogate it and are full of ideas of their own. You always learn a lot in auditions about what is working and what isn’t, and we had plenty of auditions and callbacks in which we could refine the script and try new ideas. Then, we did a couple of rehearsals and cut a few animatics to test the timings and flow of the story—how much time do we spend with the set-up, how much time do we spend on the “prank,” and how much time do we need for the reveal and resolution? It was a fine balance, but we thankfully had the time to do our homework.

This feels like a move away from your usual comedy. Which do you prefer?
My favorite comedy spots to work on have always been the ones played like dramas: Toyota “Border Patrol” and Specsavers “Vet,” for instance. I really just like great stories and brilliant ideas that move people regardless of genre. I always do my best work when I feel I have something to prove and when you know the creatives are taking a leap of faith. It’s a real motivator. This was such a script. I did a spot out of the same agency [DDB NZ] for McDonald’s last year [“Middle Seat”], and that was a stepping stone of sorts, but they still had to look beyond the comedy work and see that I had the capacity for something a little more nuanced and sensitive.