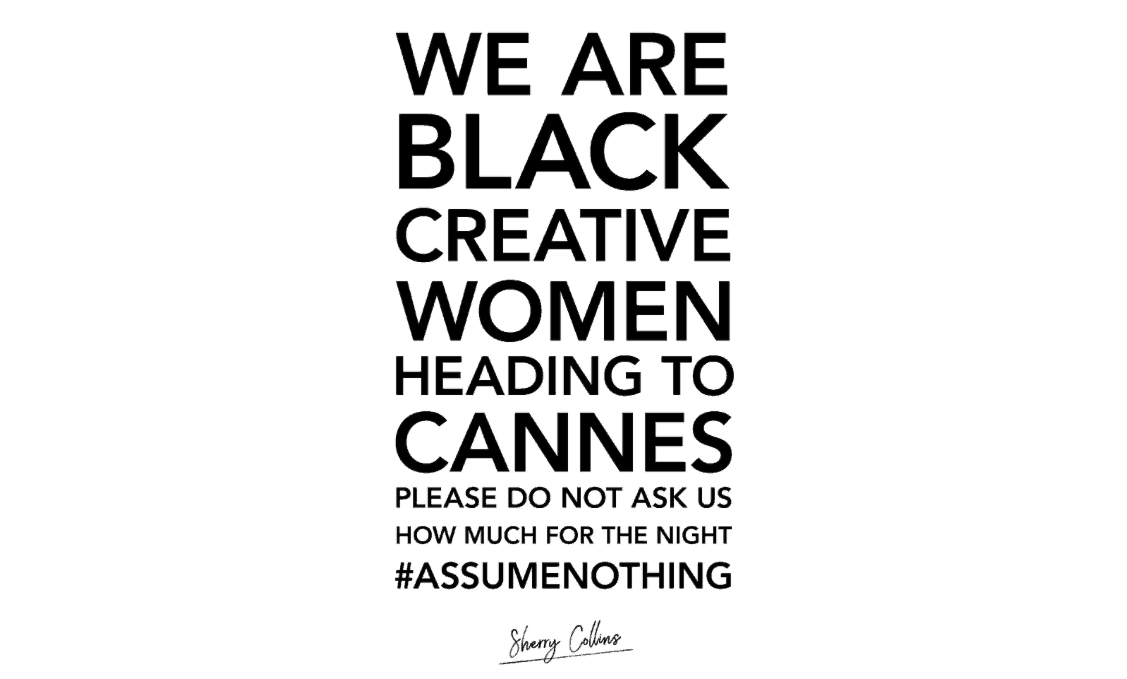 The ad appears on the back cover of Pitch magazine, distributed at this year's festival.
Pitch Magazine
Share
By Patrick Coffee
|
June 20, 2018
Share

CANNES, France—Sherry Collins has a long history in advertising and media: for years, she worked in production on campaigns for brands like Reebok and British Airways in addition to music videos for Oasis and Lily Allen. In 2015, she launched Pitch, an independent London-based trade publication.

But nothing could prepare her for her first experience at Cannes three years ago, when an unnamed man who also works in the industry whispered in her ear, “how much for the night?”

“I was shocked and embarrassed,” Collins told Adweek, explaining that it was the first time in her life that she’d been solicited. “I couldn’t believe it had happened, but I tried to keep my cool as I didn’t want him to know that he had upset me. I then changed the subject.”

The event understandably stayed with her as she soon discovered other women of color within the business had “very similar” stories to share, even if they hadn’t all taken place at Cannes.

While preparing to attend Cannes again this year, Collins decided to turn her experience, along with those of her peers, into an awareness campaign using the hashtag #AssumeNothing.

“I decided to create the advert a couple of months ago after deciding that I really need to make a statement at Cannes about what is happening to some black women who attend the festival,” she said. “Even if it meant that I could potentially lose all my clients and sponsors, it just had to be done.”

Or, as she wrote on the campaign’s homepage: “This is racism and I’m calling it out.”

The print ad appears on the back cover of the new Pitch, with design by multimedia artist and former Ogilvy China chief creative officer Graham Fink. 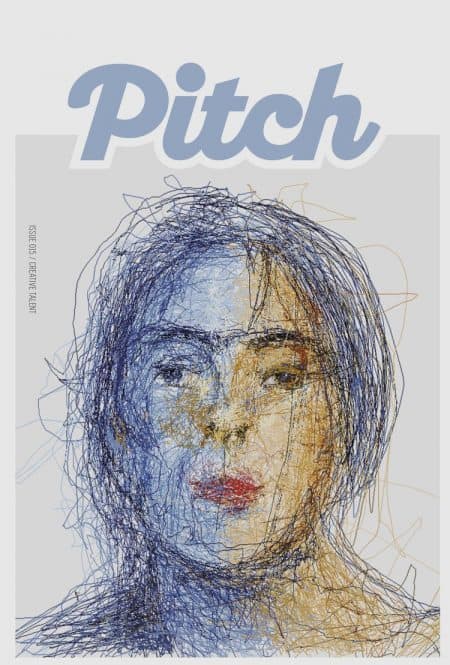 The Cannes Lions organization stands behind Collins’ message. When managing director Jose Papa learned about her experience and the campaign, he emailed her a note which she proceeded to post on the website “as I wanted the industry to know that it has been supported at the highest level,” she said.

“First I’d like to thank your continued partnership and advocacy of Cannes Lions. It is very unfortunate you had to go through such an abominable experience. Congratulations on making your voice heard which will help to further silence the acts of absurd disrespect many have to endure,” Papa wrote. “We have reiterated our Code of Conduct to all our delegates.”

Media outlets as prominent as the BBC have noticed Collins’ effort, and she wants to use it to make a point about advertising’s continued efforts to address matters of diversity and inclusion.

Sherry ⁦@thepitchfanzine⁩ I am mortified, horrified that this was asked to you. Our Mia has been asked where the cloakroom is and that is bad & shocking enough but this THIS is disgusting. So proud of you & yr bravery #assumenothing. We still have so much work to do. ⁦ pic.twitter.com/LCoBYdO6Fb

Sherry Collins is an incredibly strong woman - using her voice to say no more to ridiculous, careless, bigoted assumptions about women in an industry that is currently having a good long hard look at itself. #assumenothing | @thepooluk https://t.co/FdXZIi4xFU pic.twitter.com/uuXSyf5NGS

“I think the industry has a really long way to go,” she said, adding that while most want change in the form of better working environments, equal pay and “a workplace free of racism and sexism,” the business also collectively needs “a long-term plan, starting at grassroots level and also supporting those already in the industry.”

The question remains: how can advertising bridge that gap?

“By being real about what it is they are looking to do,” said Collins. “They either want diversity and inclusion because it is good for all or they stop talking about diversity and inclusion if they are not truly doing it. Bringing in one BAME (Black, Asian and Minority Ethnic) talent in the building doesn’t make a company diverse. It isolates the BAME talent, to be honest.”

Regarding the larger issue of assumptions made about black women, she believes that “there are voices in the background” trying to tell stories like hers, even if “not everyone is listening.”