‘B’ Is for Burger: IHOP Officially Flips Name to IHOb—at Least for Now

The speculation is over 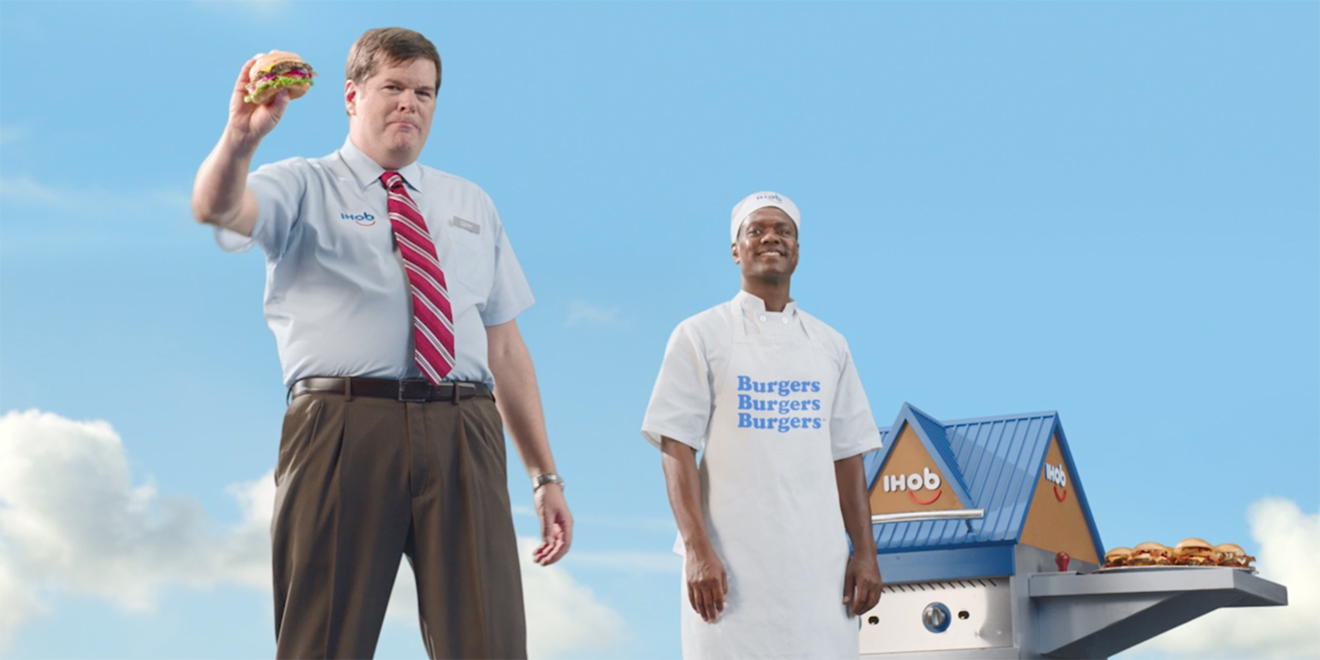 As brand stunts go, IHOP has squeezed a decent amount of juice out of a teaser early last week indicating that the restaurant would change its name to IHOb.

Social media was aflutter with speculation, especially with the brand’s attempt to throw people off the scent with a poll on June 5 that stretched the limits of plausibility (butternut squash?).

There appeared to be a decent amount of stickiness and good-natured hijinx as Stephen Colbert picked up on the switch and, in what has become de rigeur, other brands decided to swoop in on the fun. There was even one possible intergenerational flap and several other chuckle-inducing moments (see, Twitter isn’t that angry!).

Just what is this magical “b” you speak of, IHOP—excuse me—IHOb? The smart social media money was on “breakfast” or “brunch.” After much ado about apparently something, today, the brand revealed that the name change—and the “b”—stands for burgers.

“IHOP makes world-famous pancakes, so we felt like the best way to convince them that we are as serious about our new line of Ultimate Steakburgers as we are about our pancakes, was to change our name to IHOb,” said Brad Haley, chief marketing officer for IHOb restaurants, in a statement. “We’ve pancaked pancakes for 60 years now, so it’s the perfect time to start burgerin’ burgers.”

The Droga5 creative, shot by Eric Wareheim (one half of the comedy duo Tim & Eric) and produced by Prettybird, does what it’s supposed to—talk about the name change and burgers.

Though the “excited manager/employee” is not a new trick, the overall personality and tone is bright and feels fun, something that Droga has done admirably for IHOP/IHOb since winning the business as the brand’s agency of record last November.

The 15- and 30-second ads will run on national TV, online and across social media.

One can infer that the IHOP to IHOb swap is temporary (lest the droves of Rooty Tooty Fresh ‘N Fruity fans rise together in enmity), yet stunts like this are generally, when done well, a memorable way to launch something new.