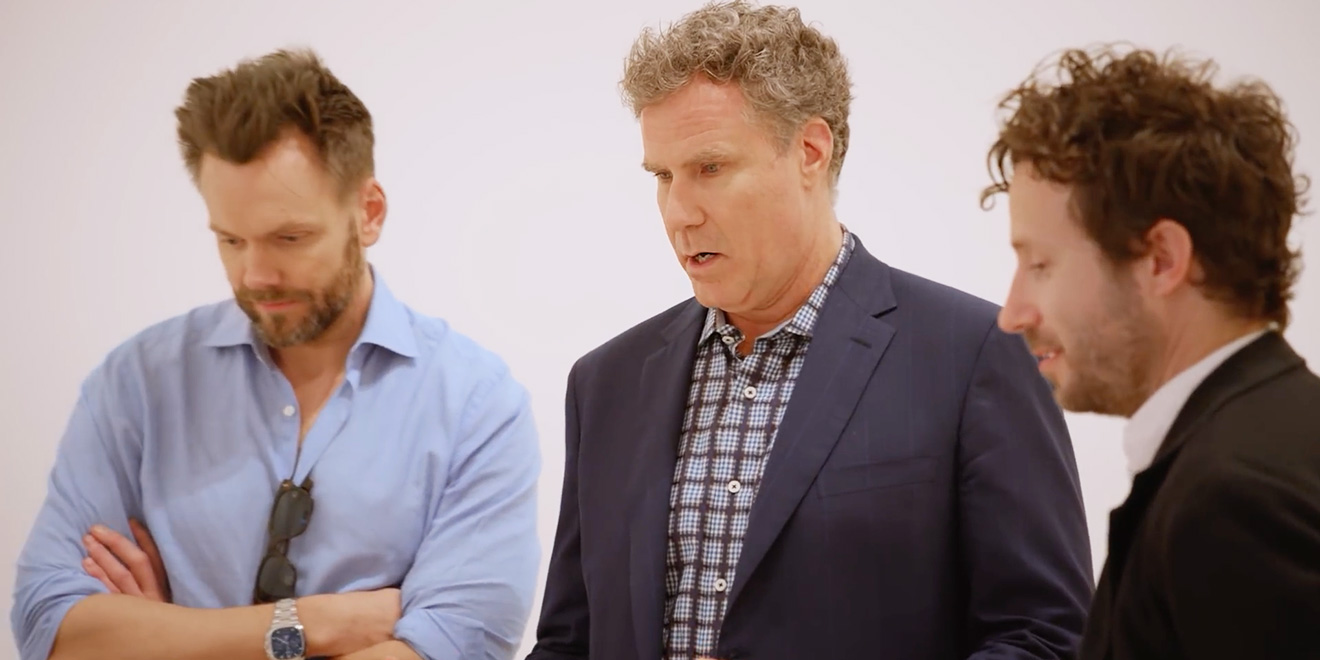 - Credit by Hammer Museum at UCLA

Museums are often pretty humorless when it comes to their artwork. It’s rare for them to acknowledge that art can be confusing—particularly conceptual art, where the artist’s choices can seem self-indulgent or bafflingly arbitrary.

But the Hammer Museum at UCLA leans into that confusion in an amusing new short film made by some A-list talent in front of, and behind, the camera.

The six-minute spot stars Will Ferrell and Joel McHale as museum goers who are refreshingly honest—and funny—as they tour the Hammer’s new “Stories of Almost Everyone” exhibition. Viewing piece after piece—guided by Hammer curator Aram Moshayedi—the pair are openly bewildered, sometimes verging on disparaging, by the everyday objects that make up the show.

A pair of socks thrown on the ground? A handful of giant telephone poles lying across the gallery room? The museum’s actual mail, unopened and thrown in a corner? Ferrell and McHale try to make sense of these oddities, and more, in what turns out to be an engagingly counterintuitive way to get more people to visit and see the show.

The short film was directed by Eric Hirshberg, the onetime chief creative officer of Deutsch/LA who has served as Activision’s CEO for the past eight years (he is stepping down this month). It was produced by Hecho en 72, the production arm of 72andSunny. Ferrell, McHale and Hirshberg are all supporters of the museum. All parties offered their time and talents pro bono.

“Stories of Almost Everyone,” which opened Jan. 28 and is on view through May 6, is “an exhibition about the willingness to believe the stories that are conveyed by works of contemporary art,” according to the museum.

This exhibition is organized around the premise that objects of contemporary art possess narrative histories and inner lives that the conventions of display can only, at best, approximate. Through the work of over thirty international artists, Stories of Almost Everyone seeks to address the means by which a broad range of contemporary artworks and artifacts traffic in meaning and mythology in equal measure. The challenge that textual mediation poses to the inherent muteness of objects provides a framework for thinking through the potential for ideas facilitated by art to expand into other realms of thought. The varying artistic approaches brought together for this exhibition are as equally emboldened by a faith in objects to communicate their inherent value, as they are skeptical of the conditions of museological mediation and art’s promise to convey meaning.

See? That’s not that confusing, is it?