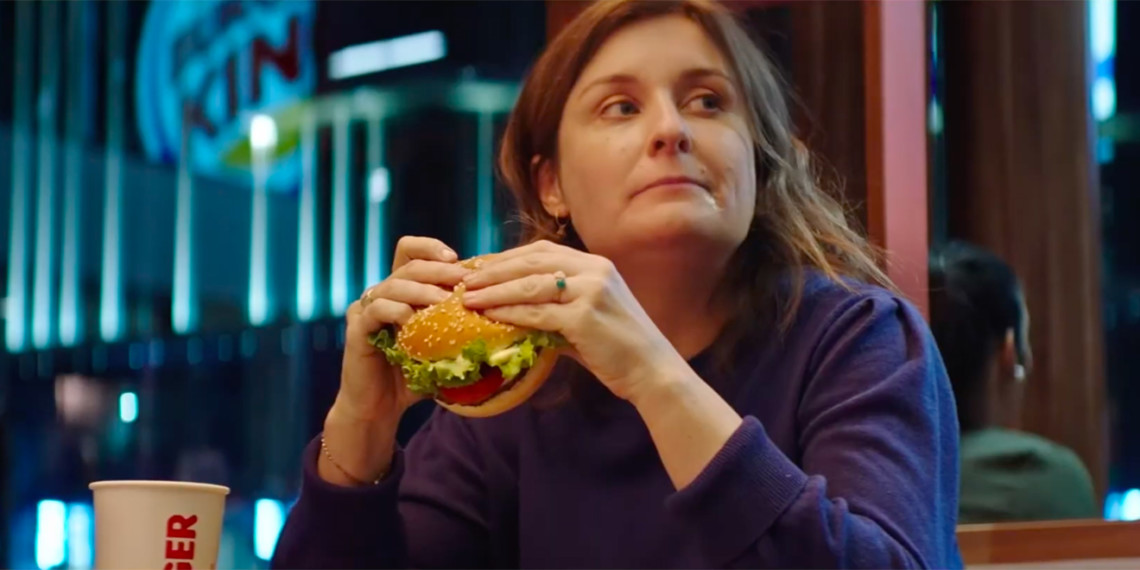 Burger King France argues that you shouldn't always listen to others when it comes to what you need. - Credit by Buzzman

You really should watch this ad from Burger King France. Or don’t. It’s entirely up to you, because, as the fast food giant says in 45 thoroughly relatable seconds, there’s far too much unsolicited advice coming at you on any given day.

Take the star of this commercial, for instance. A constant drumbeat of “helpful” suggestions nudge her off the couch and into a few short-lived workout attempts for body and mind. Her cycling skills are rusty, it turns out, and her downward-facing dog embarrasses her kid. Something less physically taxing—playing brain games on her smartphone—just gets a scowl from her partner about all that screen time.

Does she ditch the strong coffee and greet the day with a cold plunge? (Sniffles ensue.) Soak up some Vitamin D? (What about skin cancer?) This poor gal can’t win.

It’s enough to drive a woman into the comforting embrace of a 700-calorie sandwich. And that’s exactly what happens, despite hearing, “You’re not going to Burger King, are you?” from a rideshare driver. So judgey!

“Family, friends, colleagues, social networks, magazines, trends, brands—they’re always telling us what’s best for us,” summarizes Burger King’s agency, Buzzman, about the ad’s message. “What if, one day, we decided to say stop?”

Time to indulge, people, says the new work, dubbed “a guilt-freeing brand movie” that gives you permission to go with your gut or, better yet, fill it with a Whopper. “Listen to yourself” launched this week on French TV and digital channels.

Havas-owned Buzzman has gotten global attention for several of its Burger King ads and stunts, including its limited-edition flame-grilled glasses and an out-of-home delivery campaign pointing out where there aren’t Burger King locations.