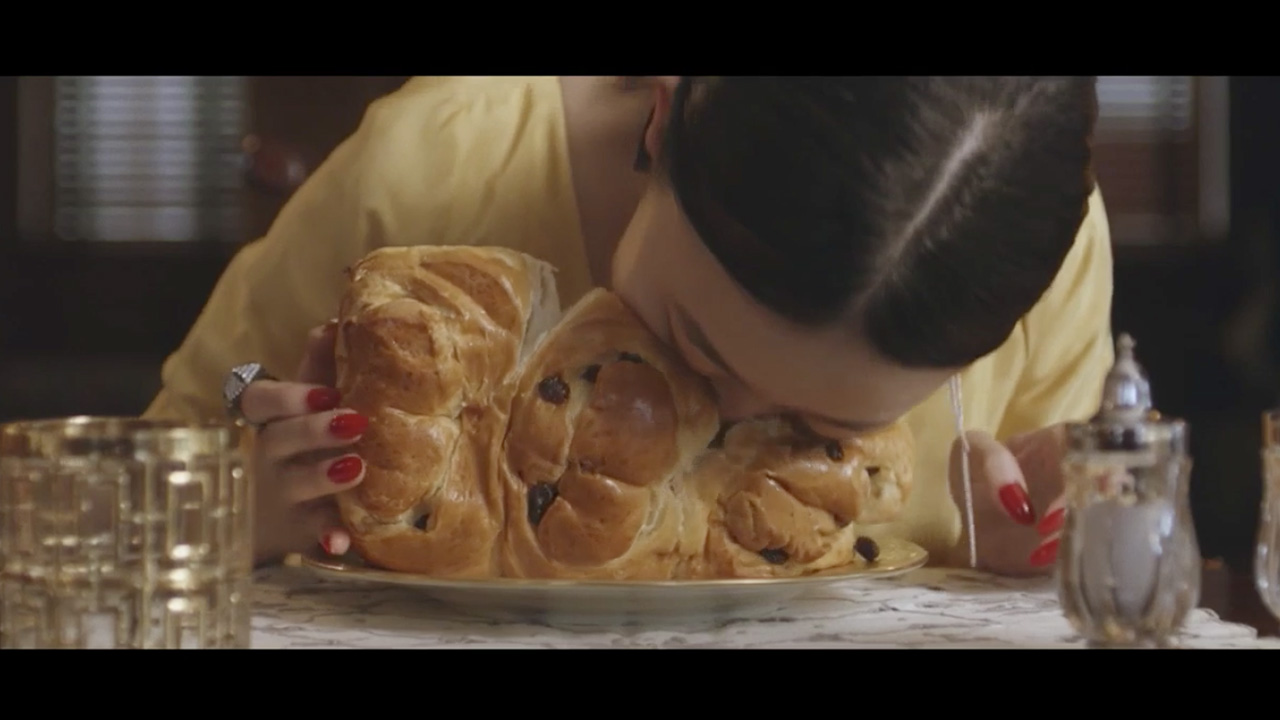 You know you love yourself some ASMR content, that stuff of soft sounds that apparently result in ticklish little braingasms. But the cottage industry goes way further than mere whispers.

Have you met Bread Face?

The Bread Face blog launched in early December 2015, at which time her Instagram account swelled to over 20,000 followers. (She’s now at over 174,000.) The idea is simple: A lone woman in a room smashes her face into bread. It is almost as satisfying as watching Dr. Pimple Popper, except you won’t feel gross about being hungry after.

Directed by Kat Aileen and Keenan MacWilliam of Vice Video, working with fashion editor Gabriella Karefa Johnson of Garage, there’s so much about this that’s delightful.

The level of refinement in the work is subversively delicious, from Bread Face’s sharp, shiny red nails, bedecked in massive bling, to the crystal surrounding her plate. Inexplicably—creepily?—we like watching the bread being squeezed, tested for softness or durability, brioches broken so their cottony insides can be pressed to the apples of her cheeks.

The variety of carbs is saliva-inducing; we can nearly smell the croissants. And in true ASMR style, the sounds are minimal and tingle-inducing.

But seriously. In the end, it’s literally just a lady mashing her face into baked goods. (And if you’re interested—no judgment here—read more about her in this Maxim interview. Yes, Maxim.)