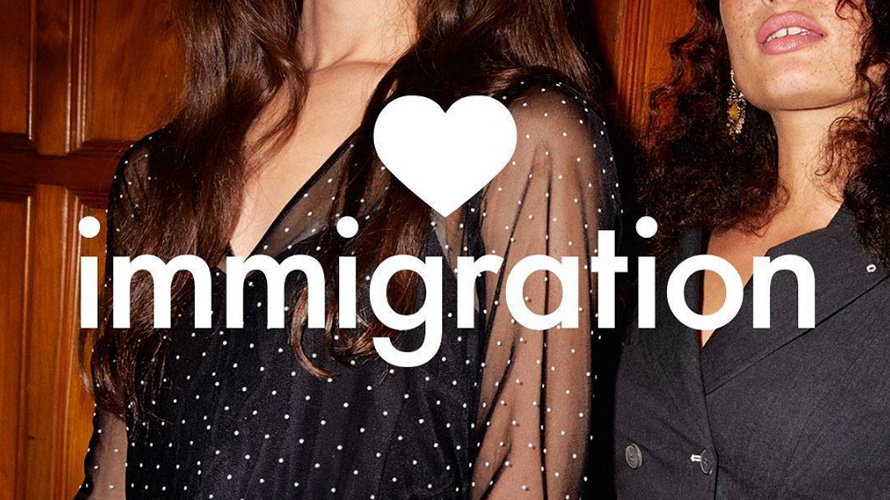 A British fashion brand is meeting anti-foreign sentiment in that country with a campaign celebrating immigration and diversity.

Jigsaw’s new subway ads feature models from a range of ethnic backgrounds wearing the designer’s 2017 fall/winter collection under a simple headline—a heart icon, and the word immigration. That is, an imperative: “Love immigration.”

A longer, copy-only ad offers the marketer’s argument. “British style is not 100% British,” it reads. “In fact, there’s no such thing as ‘100% British.’ Or 100% Dutch, French, American, Asian, or European. Whatever your opinion, at some point in your ancestry someone moved in and unsettled the neighbors.”

That’s a delightfully polite and characteristically British way of summarizing a few thousand years of brutal and often violent human history. But it makes its point—an accurate one, it’s worth emphasizing—well enough. “Because none of us are the product of staying put,” the copy says. 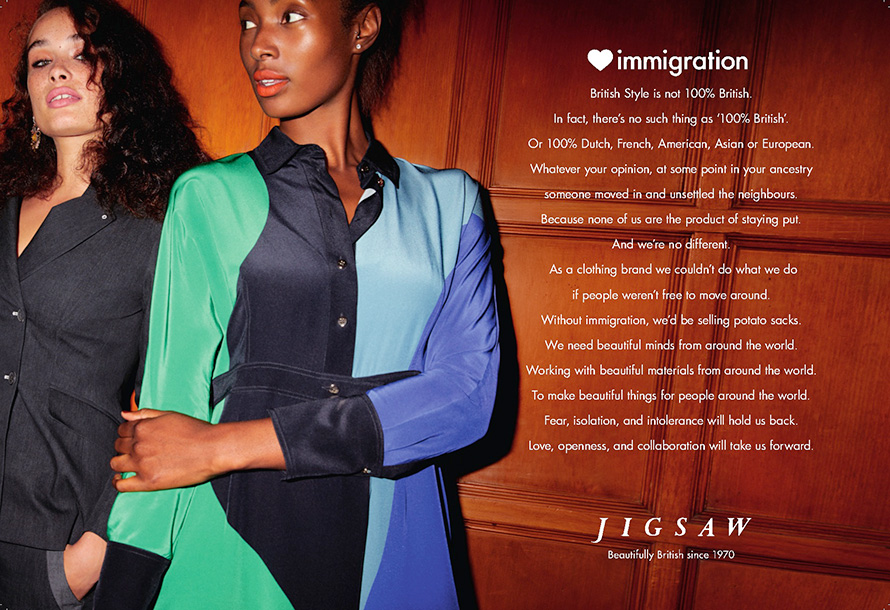 Enter the sales pitch: “And we’re no different. As a clothing brand we couldn’t do what we do if people weren’t free to move around. Without immigration we’d be selling potato sacks.” (Clearly, nobody wants to wear one of those, the ad winks). 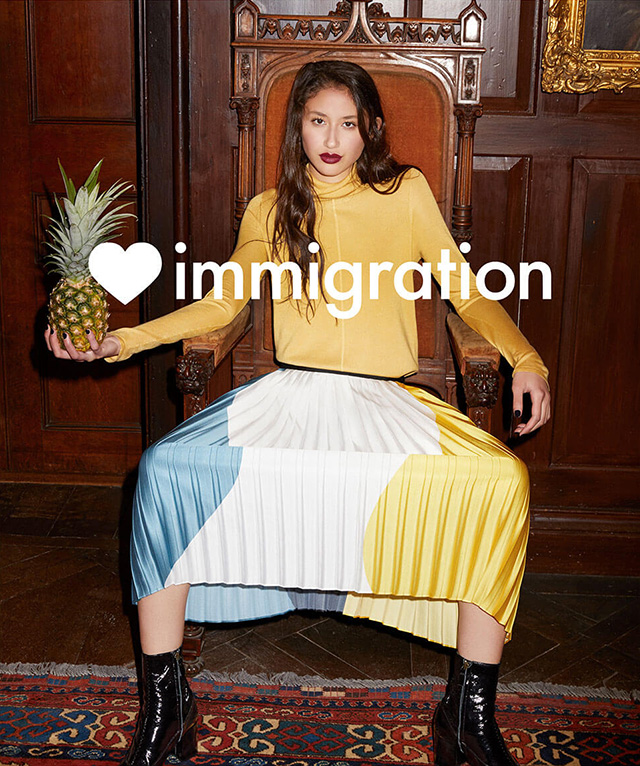 It’s a powerful case at a time when the U.K., like the U.S., is grappling with resurgent xenophobic demons born at least in part of shifting demographics, and a globalized economy. Brexit talks are not going particularly well, with a key issue being the terms of the U.K.’s ongoing participation in the European Union’s single trade market—a privilege dependent on also allowing the free flow of people from the body’s other member nations.

Leaving without a trade deal in place would cost the country’s economy about $400 billion, or 18 percent of its GDP, by 2030, according to an analysis from a Dutch investment bank.

Jigsaw is clearly looking to leverage the indignation of the not-quite half of the country (46.6 percent) that voted to remain in the E.U. during last year’s referendum. Some of those citizens, presumably, are the ones that the Independent reports are praising the brand’s campaign on Twitter.

The idea for the campaign came from the fact that people of 45 nationalities work for the company, and the new line is manufactured in 16 countries. “We wanted to give a positive message” CEO Peter Ruis tells the Independent. “It’s bizarre for immigration to be seen as a negative word.”

Indeed, the company is making a claim that the true identity of the country is one that embraces people from different backgrounds. “Beautifully British since 1970,” reads the tagline.

Luckily, everyone who doesn’t already agree is sure to meet that ideal with measured, reasoned calm, and willingness to be persuaded by fact-based arguments that will settle the issue once and for all.