'You live for a moment like this,' says brand vp Andy Goeler 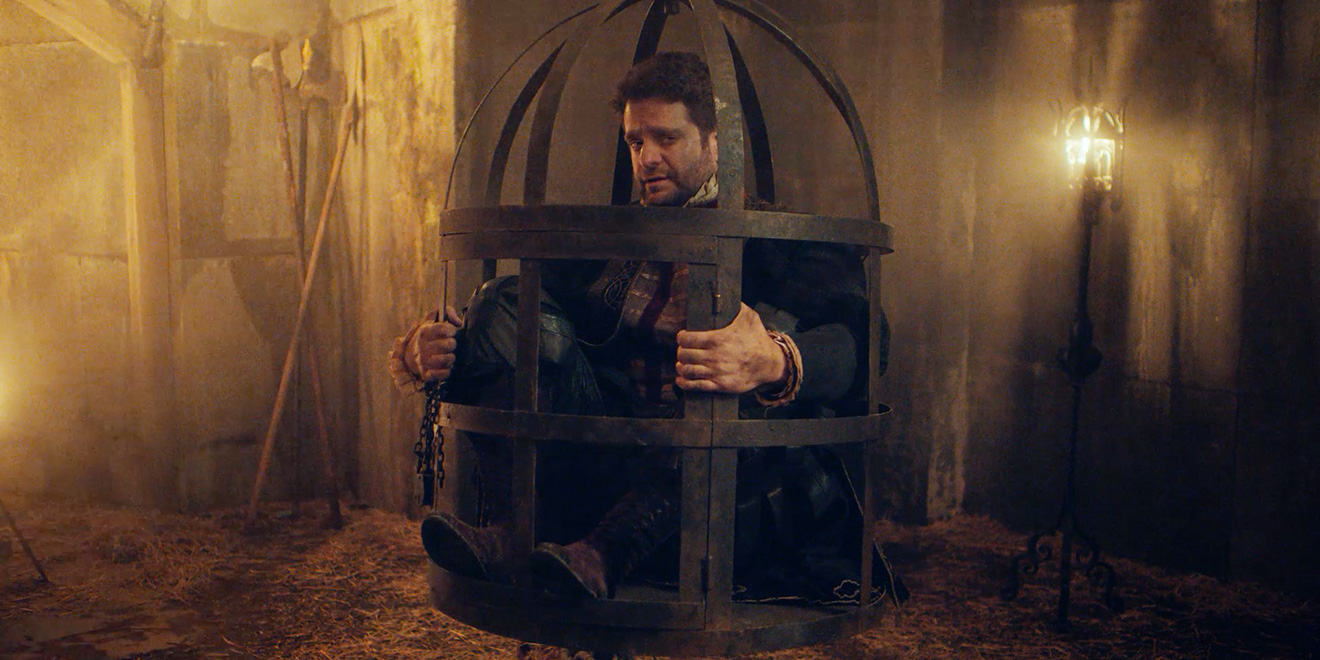 Bud Light is rolling out a sequel to its amusing medieval-themed “Banquet” commercial from August, whose cryptic “Dilly Dilly!” catchphrase has become quite famous in sporting circles this fall—and particularly over the past week.

You’ll recall that “Banquet” featured royal subjects delivering cases of Bud Light to their king at a feast. But then, one insufferable guy—evidently an ancestor of today’s craft beer snobs—gives the king a bottle of “spiced honey mead wine” that he’s “really been into lately.”

The offensive chap is quickly banished to the “Pit of Misery.” Which is where the new spot begins. Check it out here:

The “Banquet” spot and the “Dilly Dilly” line, originally timed to the finale of Game of Thrones, had already enjoyed plenty of traction by the time Adweek spoke to Bud Light a month ago, on the occasion of other new creative breaking. Best men were including the toast in their wedding speeches. Sportscasters were throwing the phrase into their broadcasts.

But it really gathered steam last week, when Pittsburgh Steelers quarterback Ben Roethlisberger yelled out a “Dilly Dilly” audible against the Titans. He later revealed that he and his offensive line liked the commercial and had been joking around about the line for weeks.

Bud Light vp Andy Goeler told Adweek yesterday that the social use of “Dilly Dilly” has now hit a peak. There are about 100,000 Google searches per week for the phrase, he said, and about 45,000 searches on YouTube per week.

A sequel spot was a no-brainer, and Thanksgiving weekend seemed like good timing. The new spot breaks Thursday on TV. “We’re fortunate to have amazing inventory over the Thanksgiving weekend—college and NFL inventory. And we’ll just watch the social conversations ignite,” Goeler said.

The brand has come to see “Dilly Dilly” as a watershed viral moment, on par with some other famous Anheuser-Busch campaigns of the past, Goeler added.

“I was around and lived through when we had ‘Whassup’ as a campaign, and Bud Light’s ‘Real Men of Genius,'” he said. “You knew you had something very, very special. I have the same feeling here as we’re going through this ‘Dilly Dilly’ phenomenon, that it’s the next ‘Whassup’ and it will be permanent piece of what people talk about for the brand moving forward.”

Interestingly, though, the brand isn’t pushing the “Dilly Dilly” conversation very much itself in social.

“Very, very little. And intentionally so,” said Goeler. “As a marketer, you live for a moment like this. As first, we sat as a team and said, ‘Let’s do this! Let’s do that!’ But you know what? Let it live organically. Let the consumers own it. The more they own it, the more they’ll have fun with it. The more we try to push it, the more it’s going to feel like it isn’t fun and cool.”

Bud Light isn’t even saying what the phrase “Dilly Dilly” means, or where it came from—though there’s been speculation on that front.

“We’re not defining it. We’re letting you define it,” Goeler said. “I think that’s an important approach today. You have to know when to let it go, rather than using traditional marketing techniques to try to fuel this stuff.”

Goeler added that “Dilly Dilly” might even be a bit cathartic for viewers. “With as much bad stuff going on in the world today, it’s nice to have something as fun and lighthearted as a toast, ‘Dilly Dilly,’ being the biggest social thing going around right now,” he said. “I think people are really connecting to it. It’s fun.”