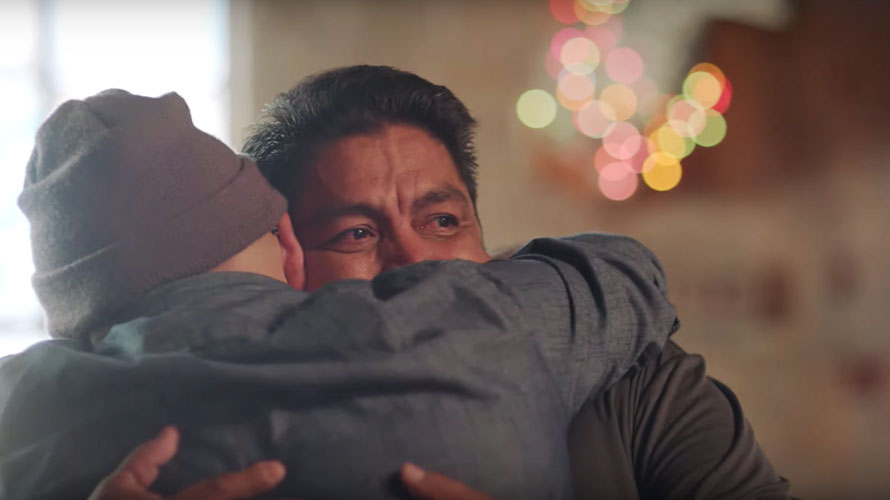 In the new Budweiser ad, “For the Fathers Who Stepped Up,” stepchildren and stepfathers are the focal points as they go about their days doing “normal” family activities, such as fishing, cooking, sharing a beer and just spending quality time together.

Monica Rustgi, vice president of marketing for Budweiser, said in a statement, “On a day when the world celebrates fathers, Budweiser wants to shine an unexpected light on fatherhood. That’s why this Father’s Day, Budweiser is toasting stepfathers who love their stepchildren like their own.”

Three families are featured where the stepfathers came into their stepchildrens’ lives when they were young: Victor and Mark; Chloe and Randall; and Shealyn and Paul.

Paul recalls his approach to finding a balance with Sheelyn. “As a stepfather, you have boundaries, and you know, the relationship develops over time. And I just took things day by day, and we grew as a family.”

Chloe noted how she grew up fantasizing about her parents getting back together and that she was reluctant to let her stepfather Randy into her life. She said, “It took some time, but I suddenly saw Randy in a different light. There is this person right here that loves me and that will do anything for me.”

The three stepfathers in the video are treated with a surprise at the end when their stepchildren want to be legally adopted by them. Each stepfather, teary-eyed and caught off-guard, happily accepts the new commitment. Budweiser then encourages viewers to share their own stories of parental figures found through blended families.

For every story shared on Budweiser’s social media post before June 16, Budweiser will donate $1 to The Stepfamily Foundation to support blended families.

Spot: For the Father’s Who Stepped Up

Join Dwyane Wade, Julian Duncan, Andrea Brimmer, Rick Gomez and more at Brandweek Masters Live, on Sept. 14-17, for main stage insights, in-depth Masterclasses and more. Register now (early-bird rates expire 9/1)
Emily Bright is a Broadcast and Digital Journalism major at the Newhouse School at Syracuse University with a minor in French. She is very excited to intern at Adweek to gain experience and kick-start her career.