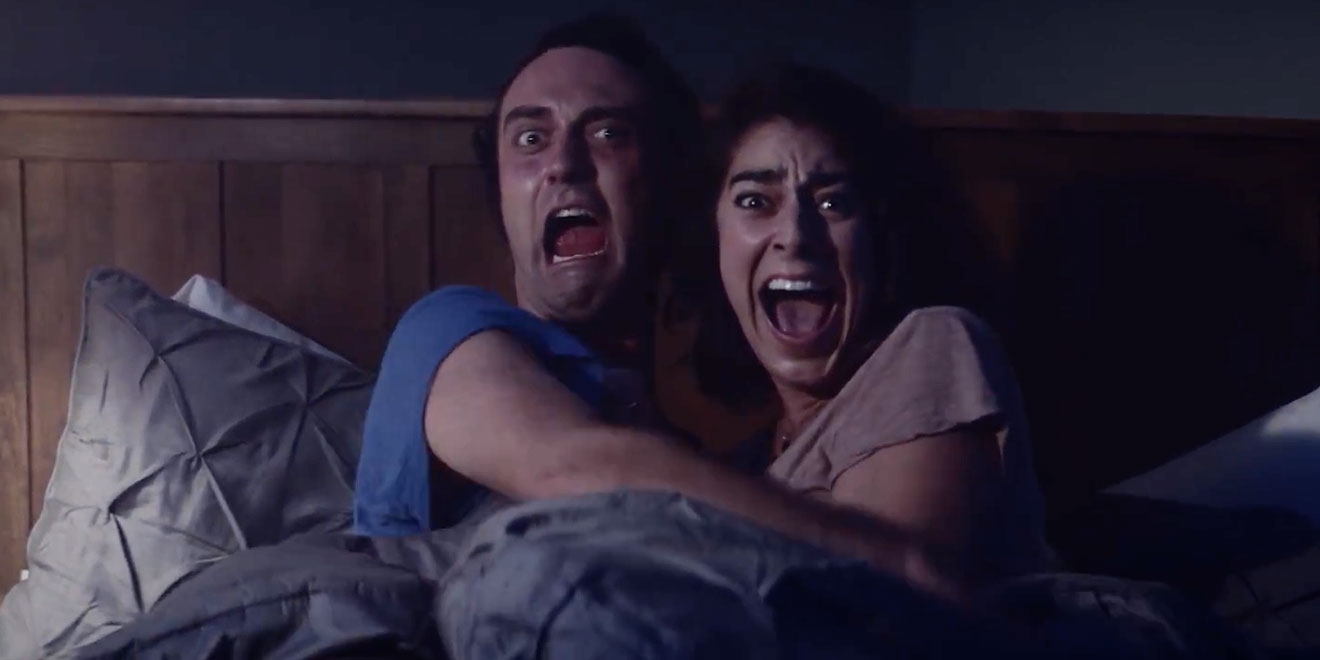 Buffalo Wild Wings wrings chills and chuckles from this premise in “The Red Zone,” a three-minute Halloween film that ties into Saturday’s much-anticipated contest between the college gridiron teams.

Creepy kids chanting the Dawgs’ “Glory Glory” fight song. Sudden shocks in dimly lit bedrooms and basements. A Psycho reference. And … a doofus dad. You’ll find all that and more (like saucy B-Dubs wings) in this tricky seasonal treat by the Marketing Arm:

The makeup won’t come off! IT WON’T COME OFF! Oh wait. Eventually, it does. Never mind.

“The main target of ‘The Red Zone’ is sports fans who can relate to a rivalry story,” Buffalo Wild Wings vp of marketing Bob Ruhland tells AdFreak. “But we hope the idea of dressing up as something for a laugh, and then believing the makeup is actually possessing you, plays to a much broader audience of comedy and horror fans.”

The full-length clip is running on the chain’s social channels, while a 30-second teaser shows up across sites ranging from ESPN and Fox Sports to ENT and Vevo:

It turns out the crew had a spooky experience of their own while filming on location.

“We shot the basement scene early,” recalls agency group creative director Harris Wilkinson. “[Later,] every time we were between takes in other parts of the house, we would hear a soft thumping and horrific chewing coming through the home’s vents. It was obvious the sounds were coming from the basement. We assumed one of the crew was playing a joke, but it was annoying, so we went to investigate. We were surprised to find the homeowner had locked the lone basement door after we wrapped that scene. And when she opened it, we were even more surprised to discover the basement was completely empty.”