Can Brexit Be Stopped With the Push of a Gigantic Red Button? This Agency Hopes So

London’s Mr. President takes a page out of breaking news 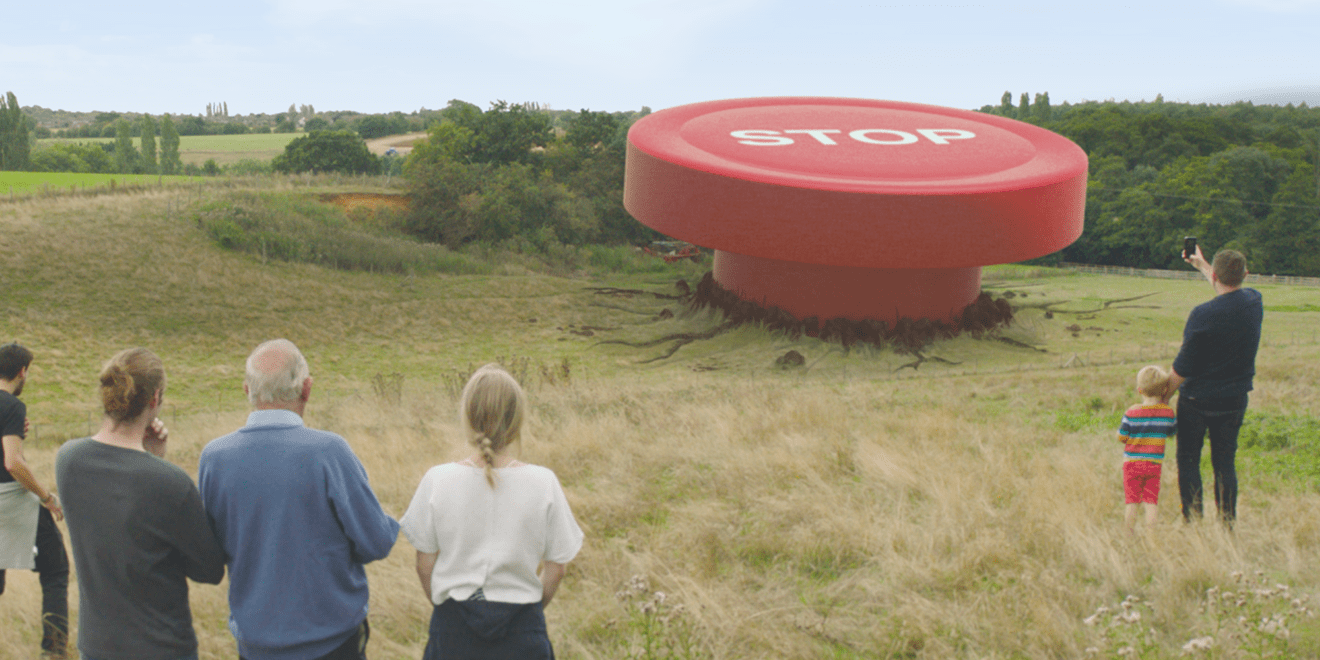 It’s been more than two years since the U.K. controversially voted to leave the European Union (E.U.), but Brexit won’t officially be set in stone until March of next year—possibly. With months to go until it’s a done deal (or not), an anti-Brexit group has created a campaign in hopes of convincing voters that there’s still time to reverse the historic decision.

Called Best for Britain, the organization’s goal is to convince the government to hold a referendum that will allow the public to once again vote on whether or not they want to stay or leave the E.U. The group argues that many of Britain’s citizens have changed their mind since the initial vote back in 2016, and would prefer to remain part of the E.U. According to data from Best for Britain, nine out of 10 constituencies have shifted towards wanting to stay.

Best for Britain teamed up with London-based agency Mr. President to create a breaking news-esque video that features a massive, fictional red “STOP” button perched above the legendary white cliffs in the English town of Dover. As locals marvel at the structure, a news ticker explains that it is likely connected to Brexit.

The end of the ad reads: “We can stop Brexit. Join us and make it happen.” It encourages viewers to visit Best of Britain’s website, where they can sign a petition–or “press the button right now”–and join the #FightBrexit movement.

Along with the newsy angle, the agency created a more traditional ad sans crawls and shorter vignettes to drive more traffic to the petition.

“Uncertainty around Brexit is already a concern for many Britons, including small independent businesses like ours,” said Claire Hynes, co-founder and CEO of Mr. President. “We’re proud to do our part to help Britons imagine a magical red button that could put a stop to Brexit, and raise awareness that it’s still not too late for the public to have the final say.”

The campaign has caught the attention of British lawmakers and was further amplified by key influencers throughout the nation in the hopes that a second vote can take place at the end of October this year.