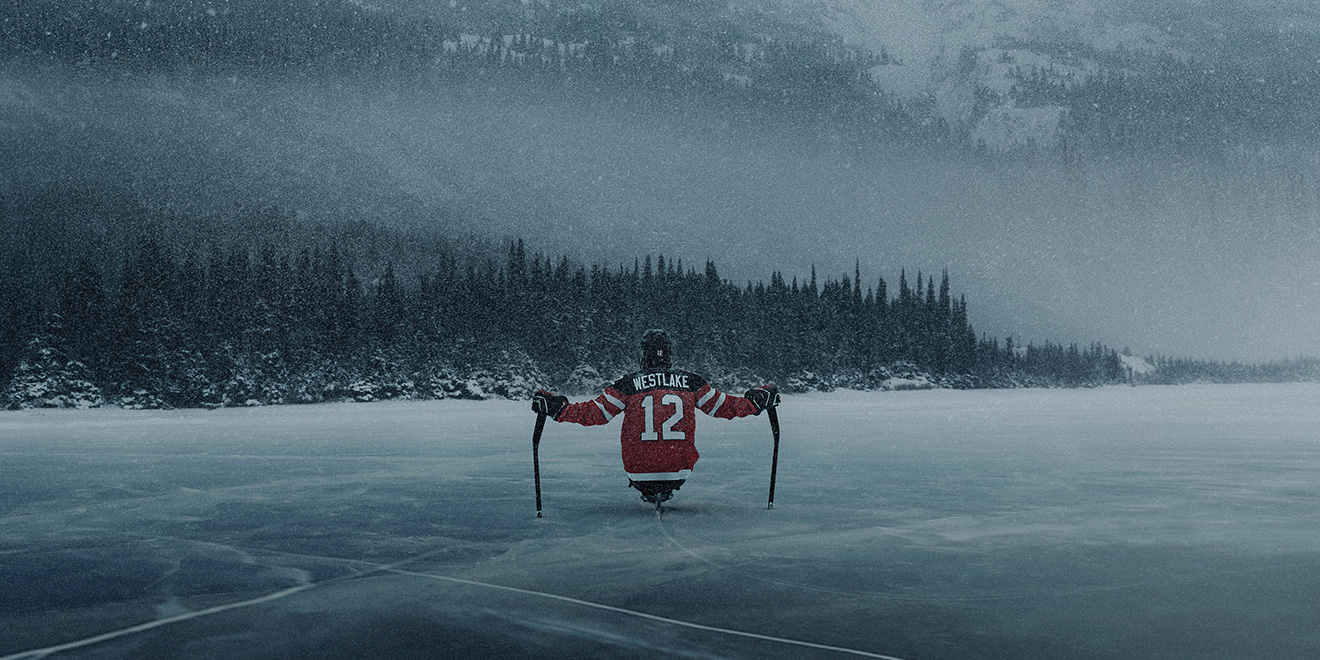 This wasn’t one of them.

The crew from BBDO Toronto and production house Asymetric braved brutal conditions in the desolate Yukon territory and northern British Columbia, with temperatures routinely dipping to 20 below, to shoot a series of visually stunning videos for the Canadian Paralympic Committee.

Here’s wheelchair curling gold medalist Ina Forrest on an ice floe in a landscape of such breathtakingly bleak beauty that the ad might as well have been filmed on some mist-ringed alien world:

Brrrrr … our fingers get numb just writing about these ads!

“We fell in love with the locations because they provided a nice visual metaphor for our athletes: tough, isolated and rare,” Hubbard says.

Themed “Greatness is Rare,” the ads seek to boost viewership for the PyeongChang Paralympic Winter Games, which run from March 9-18, by forging a connection between average Canadians’ love for winter sports and the achievements of the Paralympians. For example, in the Forrest spot, we’re told 0.97 percent of Canadians curl (that’s more than 360,000, eh!) but only 0.00001067 do it in a wheelchair and win back-to-back gold medals. (That would be Forrest. She’s the only one. Rare indeed.)

Contrast this approach with Britain’s Channel 4 and its award-winning promos for the 2016 Paralympic Summer Games in Rio. In that effort, the colorful, musical hijinks of the Paralympians spoke to their indomitable spirit and drive to overcome all odds. These CPC spots take an entirely different route but cross the same finish line in inspiring, hard-nosed style.

Kacper Larski’s epic direction exudes cinematic cool. He does a masterful job of keeping the Paralympians front and center in the midst of stark windswept wonder, encouraging viewers to feel the biting cold and pulse-quickening pace of their quest for glory.

“We were initially drawn to the raw, moody aesthetic of Kacper’s past work, most notably VW and Land Rover,” says Hubbard. “His use of natural environments to create scale and the feeling of isolation really helped to accentuate our athletes’ uniqueness. Not being a typical sport director helped, too.”

Forrest, Marcoux and Westlake all appear in the final spot, which tells us that “Greatness deserves to be seen,” and invites users to visit GreatnessIsRare.ca and broadcast the Paralympics from their social platforms:

On the microsite, folks select the events they wish to broadcast, and the competitions are automatically posted to their Facebook or Twitter feeds.

“Despite training just as hard or having athlete achievements just as great, the Paralympic Games have historically been overshadowed by those other games,” says Hubbard. “Unfortunately, this has also meant less media coverage. Which means fewer Canadians watching and supporting athletes. The idea of ‘Becoming a Broadcaster’ uses the power of social sharing to ensure as many Canadians as possible can witness greatness.”