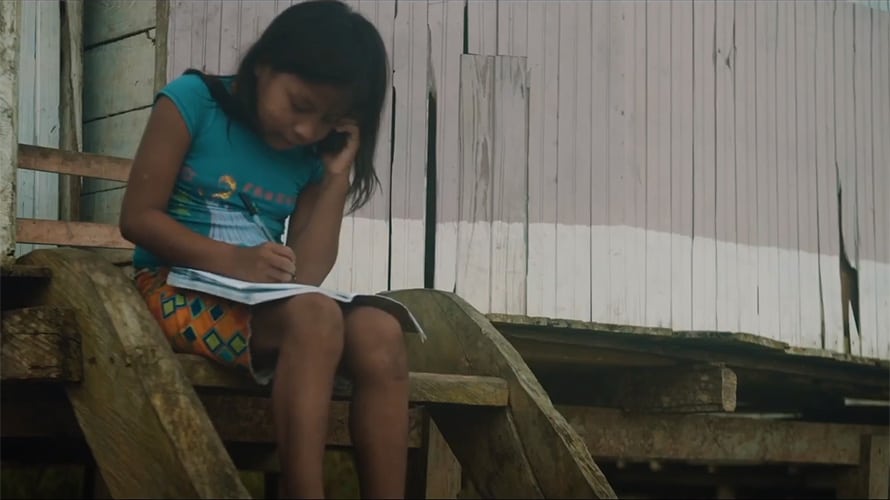 Considering that the internet is often inaccessible in remote areas of the Colombia, MullenLowe SSP3's winner was a revelation for the jury. - Credit by Courtesy of MullenLowe

CANNES, France—While some categories have been more liberal in their awarding of statues at this year’s Cannes Lions, the Innovation category doled out a comparatively small number—six Lions culled from a shortlist of 21—with the Grand Prix winner using an existing technology in a simple and meaningful way for those without internet in rural areas.

My Line, created for the Ministry of Communications and Information Technology, serves as a seemingly low-tech solution (in relative terms to other category finalists). It gives people in Colombia the ability to call a local number to access Google Assistant and get the information they need read back to them in a matter of moments.

Considering that the internet is often inaccessible in remote areas of the Colombia, the service (created by MullenLowe SSP3 in the country’s capital, Bogotá) was a revelation for the jury. “It was at the top of the list from almost from the beginning,” said Tor Myhren, vp of marketing communications for Apple, who led the jury. “The debate was about how this has never been done before, the simplicity of the idea and an incredible solution to what we all now think of as such a basic thing we have in our lives.”

The nature of the idea is counter to the notion that high tech is the domain of “innovation,” a view that the industry luxuriates in with misplaced fervor at times.

“That was a big conversation,” said Myhren. “How advanced does it have to be to win in innovation? But it’s so smart, using technology in a way that’s never been used before and it’s helping people. The brutal simplicity of the idea is what we fell in love with.”

Myhren, who set a high bar for the category, also called out the only Gold Lion winner from Dot, a project created with the brand and agency Serviceplan in both Munich and Seoul. The refreshable braille display comes from the same team that won in Cannes last year for the world’s first braille smartwatch. This year’s win, according to Myhren, sends an important message to the Cannes community.

“You’ll see people rewarded for an idea, and then it’s on to the next one,” notes Myhren. “[Dot] took a great idea and, this year, made it a hundred times better, and I think more impactful and will have a lot more scale—that was part of our [judging] criteria.”

Though the category winners and, indeed, the work overall is serving a range of purposes, the balance of creative power seems to be shifting.

“I wish there was more great brand work at Cannes [and] in the innovation list,” he said. “Cause-related work is wonderful and important, but there isn’t enough great brand work when you’re sitting on these juries, and hopefully, that will change.”

“One of the things we talked about [as a jury] was ‘is this real?’ Will it really have an impact or are we a bunch of creative people falling in love with an idea that we know is never going to be out there in the world? That’s the way we judged it. As long as it’s real and has the potential to scale and make people’s lives better, it’s worthy of Cannes.”