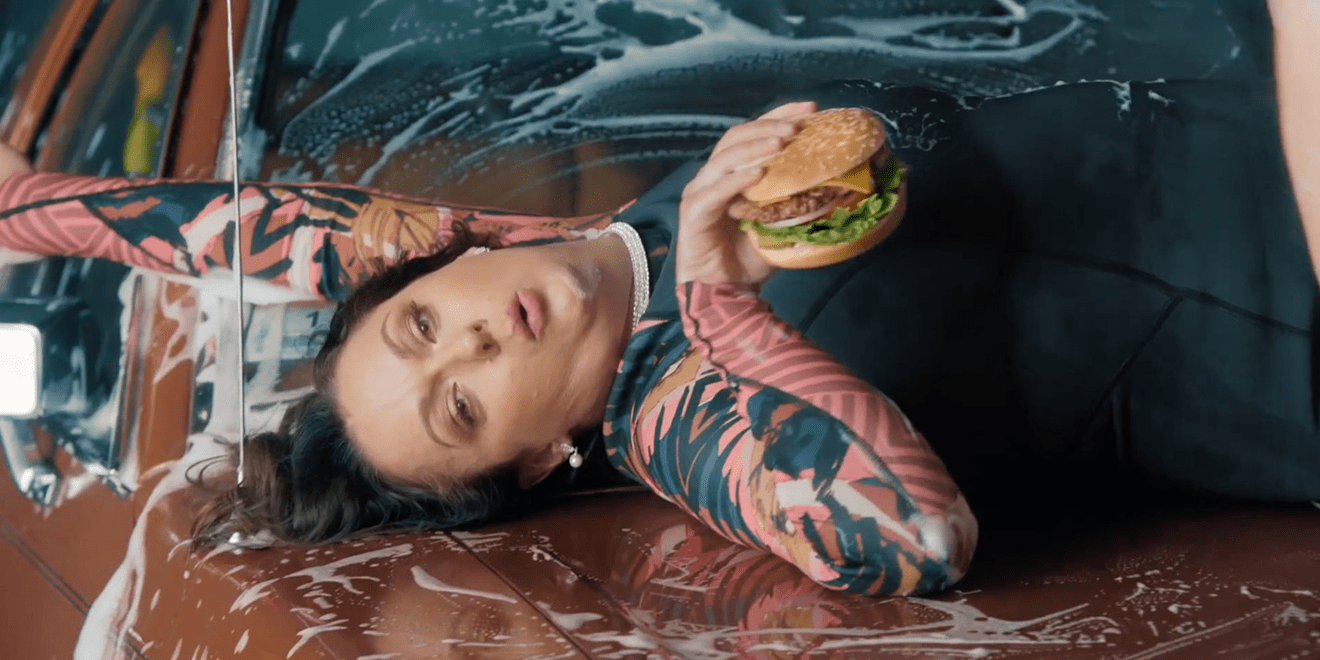 Like some fast-food chains, the relationship people have with Carl’s Jr. is complicated. For years, the burger chain relied on scantily clad celebrities like Kate Upton and Heidi Klum to deliver the message. But, if recent form is any indication, the sex-and-innuendo-sells concept in the category itself is largely on the scrapheap (with one notable exception in August).

In 2017, Carl’s Jr. attempted to bring in a new spokesperson, Carl Hardee Sr., who blamed his son (Carl Jr.) for the scurrilous and sexist creative direction. In the same year, then-CEO of the brand, Andrew Pudzer, explained the change to Fox Business saying that “young, hungry guys aren’t as affected by the racy ads with swimsuit models because you can get a lot of that on the internet now. [The ads] don’t have as much of an impact.”

Now Carl’s Jr. is taking a page from its sordid past with a new spot that features hilarious Australian Instagram mega-star Celeste Barber, poking fun at the brand’s infamous 2005 Paris Hilton car-washing ad. Instead of a Bentley, however, Barber is lathering up a beat-up station wagon, complete with family car window stickers.

The idea makes a lot of sense, considering that Barber has built her audience of 5 million followers on Instagram by satirizing the cult of celebrity personality and fashion. No one is spared through hilarious recreations of the platform’s “beautiful set.”

Bella Hadid on the beach? Check.

Sometimes you've gotta put on your daughters swimmers and show the world what you're packing. #celestechallengeaccepted #celestebarber #funny #jlo

And let’s be honest, if Instagram were around in 2005 when the Paris Hilton ad was aired, it probably would have been delectable fodder for a Celeste Barber re-enactment.

The campaign, “Famous Stars Eating Famous Stars” (a nod to one of the chain’s burgers, the Famous Star), comes from Havas Chicago, which took over from 72andSunny earlier this year. In addition to the ad voiced by Matthew McConaughey, Instagram posts feature other celebrities like Ashlee Simpson Ross and others. Additionally, the brand will support Barber’s U.S. tour through activations that include, you guessed it, more stars like actors Hunter and Joey King.