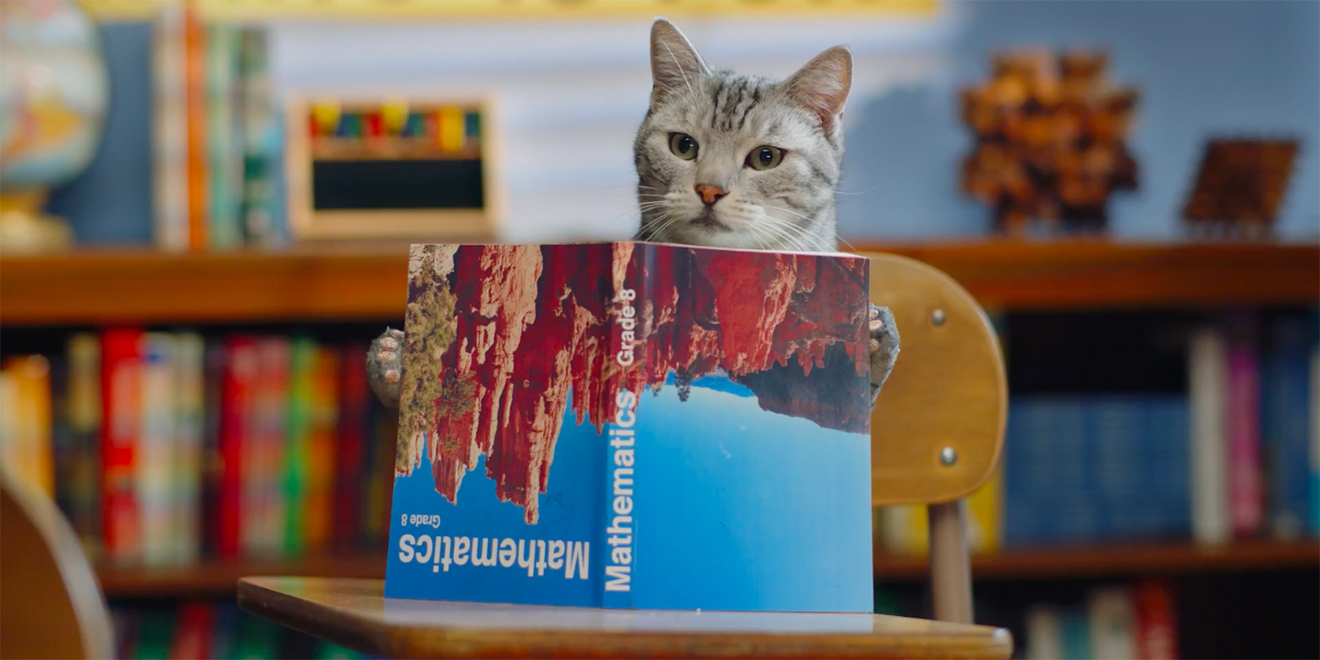 Here are some staggering feline facts: A female cat at 4 months old can start having kittens, producing as many as four litters a year for as long as a decade. The result in even a few years is hundreds of furry (often homeless or feral) offspring.

In short, kitties can sure multiply. But they’re actually terrible at math, if their time in a classroom for a new PSA campaign for the Ten Movement is any indication. They’d rather fly paper airplanes, pretend to study (with an upside-down book) and generally confound their arithmetic teacher with nonsensical answers on a pop quiz.

The setup of “Cat Math,” which spans outdoor, digital, social and TV, puts a group of Siamese, calico and other adorable kitties in the fictional Purrington Middle School (“Home of the Fighting Tabbies!”) for a lesson they can’t possibly learn on their own. Or they just refuse to because it wasn’t their idea and they’d rather be napping. In their defense, the figures are pretty crazy: 1+1 = 14? (That’s two adult cats capable of spawning 14 kittens in less than a year).

The campaign comes from Northlich, Cincinnati, the folks who in 2014 birthed “Scooter the Neutered Cat” starring a badass ginger with “hip spectacles, no testicles.” As with the previous PSA, the indie agency continues its spay-and-neuter message on behalf of the Ohio-based nonprofit, with the goal of creating a “100 percent no-kill nation.”

Billboards with the 1+1 stat have already gone up in the Cincinnati area (locals have been guessing they’re about any from marriage equality to detergent to Pete Rose). The digital and TV ads fill in the gaps with the full story punctuated with cute, mischievous kitties like Barnaby, who dated his math test “Caturday” and got an F because he didn’t know what percentage of a litter is female (half) and drew a picture of a fish instead of answering “8 weeks” as the typical age for spay and neutering. (The stars are trained actors from Bow Wow Productions).

The Ten Movement, funded by The Joanie Bernard Foundation, has made a considerable dent in the unwanted cat population in its region. Before its founding in 2013, only one in three cats that entered a shelter survived to adoption, for a 37 percent live-release rate. The rate has jumped to 93 percent now.