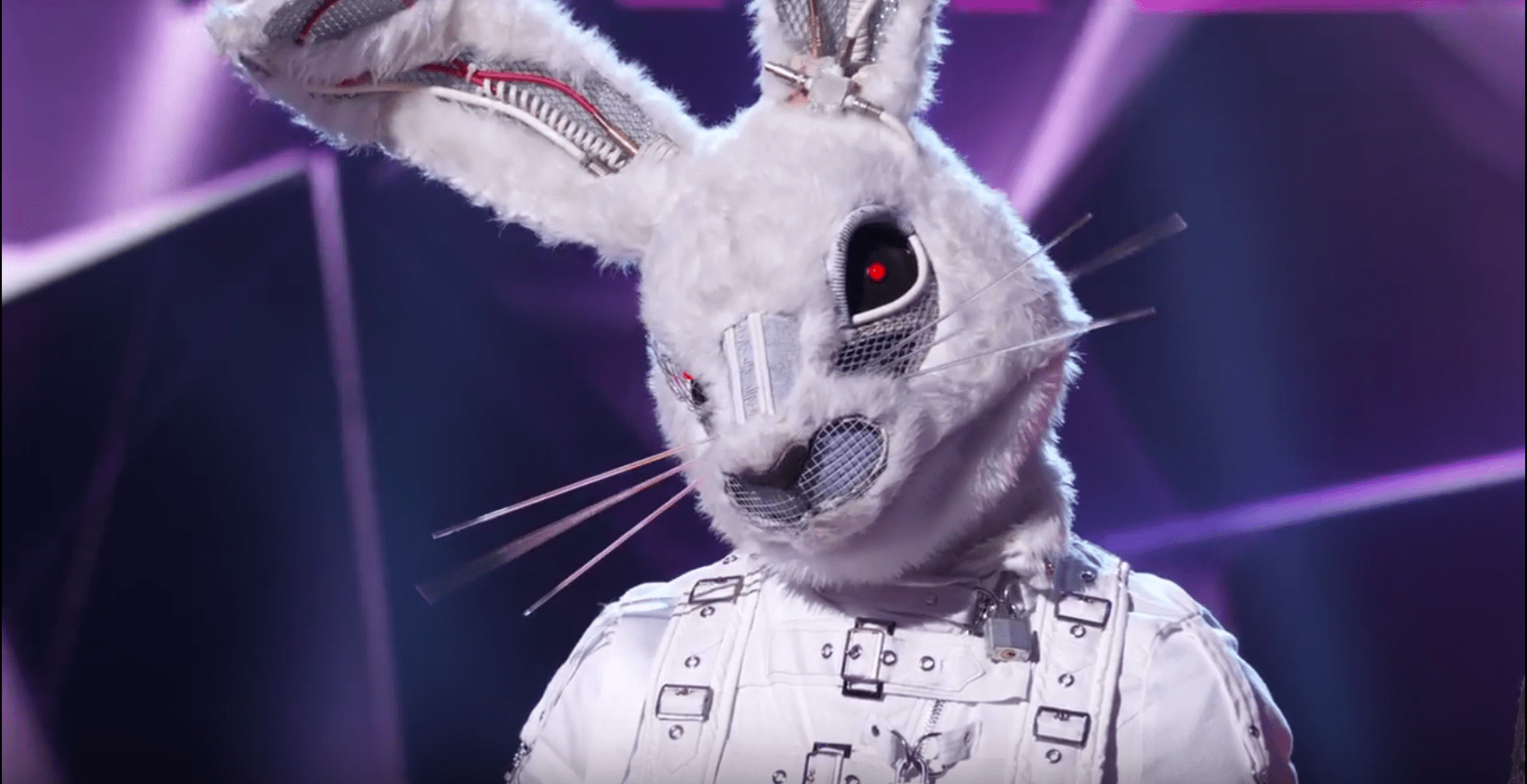 Inside this creepy bunny outfit is a celebrity who is "a household name," said The Masked Singer host Nick Cannon.

On a day when network execs shared their vision for “New Fox,” the Fox Broadcasting network proved that “Old Fox” is still alive and well by dropping a trailer for its bonkers new celebrity singing competition, The Masked Singer.

In the creepy-yet-mesmerizing trailer for the 10-episode series, which will debut in January, 12 stars disguise themselves head-to-toe in outlandish costumes—including a cyclops monster, a golden lion and a pineapple—so they can compete anonymously in front of studio panelists Ken Jeong, Jenny McCarthy, Nicole Scherzinger and Robin Thicke.

After a singer is eliminated each week, the celebrity will then reveal who they are by taking off the outlandish costume.

“The heart of this show is, it’s a ‘who sung it?’, not a whodunit,” Rob Wade, Fox’s president of alternative entertainment and specials, said Thursday at the Television Critics Association’s summer press tour in Los Angeles. “And keeping that secret is tantamount.”

Fox won’t reveal who the 12 celeb competitors are, except to tease that they have earned a total of 65 Grammy nominations, 16 Emmy nominations, 4 Super Bowl titles and have 16 multi-platinum albums. “Everyone is a household name,” said Nick Cannon, who hosts the show. “Like, you will recognize everyone.”

The show is based on the popular South Korean series King of Masked Singer, which Fox said is “already is a viral phenomenon with more than half a billion fans worldwide.”

A video from the series in which a Thai singer performed in an oyster costume was YouTube’s No. 1 trending video of last year, and Ryan Reynolds performed as a unicorn during his promotion of Deadpool 2 earlier this year.

“It’s a phenomenon in Asia right now, and there’s not that many big formats around the world anymore, honestly,” said executive producer Craig Plestis. “When I did [America’s Got Talent’ in America, I thought that’s gonna be one of the last ones. When I saw this, I said, ‘This has the making of another AGT.’”

The Masked Singer “is classic Fox,” said Dana Walden, Fox Television Group chairman and CEO. “It’s original, loud, funny and definitely, you will not see it anywhere else.”

The series “truly is genre defining,” said Cannon. “It’s not just a singing competition. It is a mystery show. It has a game element. It’s extremely hilarious. It’s the true essence of what variety is.”