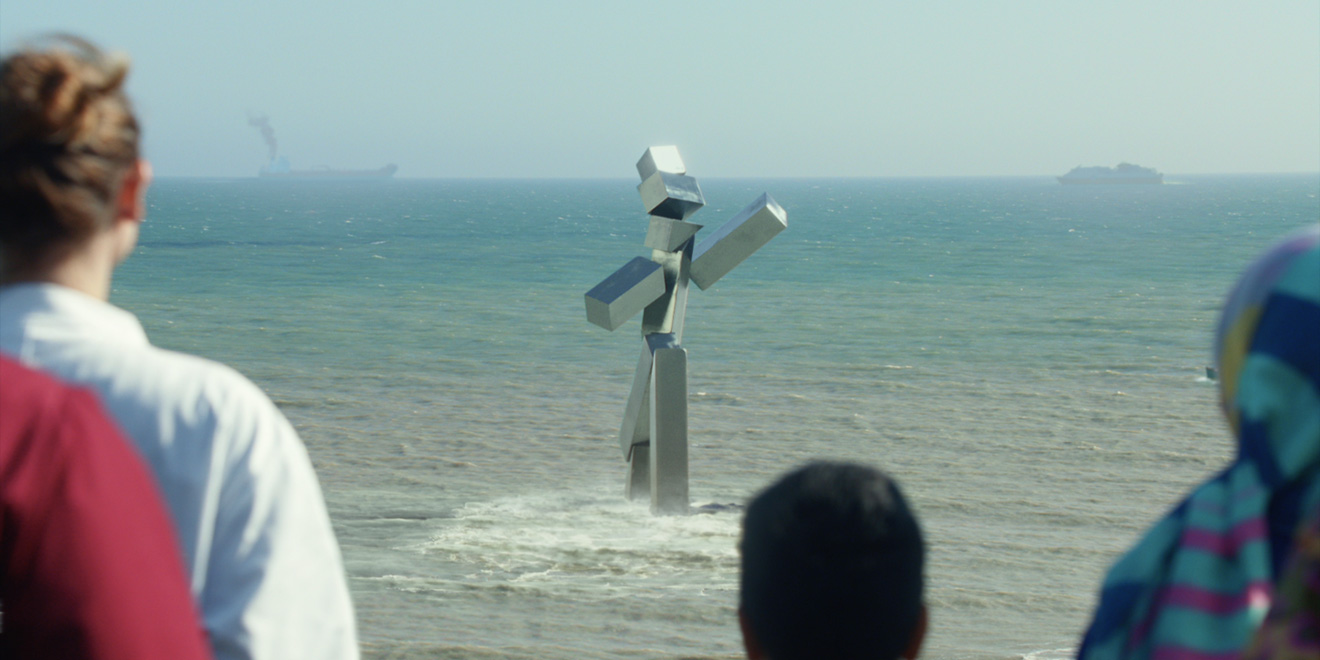 Channel 4 in the U.K. is best known lately for its two “Superhumans” films advertising its coverage of the Paralympic Games in 2012 and 2016. But the broadcaster has also been well known through the years for its so-called “idents”—short promotional films advertising the network itself.

On Tuesday, it made some fantastic new idents—in a reunion between in-house agency 4Creative and Blink director Dougal Wilson, whose brilliant “We’re the Superhumans” film won the Film Grand Prix at Cannes this year.

In four news films, which aired Tuesday during the finale of The Great British Bake Off, the blocks in Channel 4’s iconic logo come to life and form a metallic giant, who roams the countryside having some quite peculiar adventures indeed.

In the first film, which strongly references immigration, the giant ferries a diverse group of people from the ocean to a cliffside:

The second film sees it playing football with some neighborhood kids, before a quite traditional accident puts a damper on things.
Next, in a bit of a nod to “Superhumans,” we see the giant running alongside a group of wheelchair racers. Needless to say, it can’t quite keep up.
Finally, and most esoterically, it scales a hillside in the country and bellows down at a village—an exceptional burst of noise and wind that leaves the townspeople alternately gleeful and annoyed.
The point of the films is to “personify the broadcaster’s unique values and public service remit to take creative risks, inspire change and represent a diverse range of voices across the U.K,” according to press materials.

The giant, who’s a bit reminiscent of TARS from Interstellar, is a striking presence, and an interesting metaphor for how television looms over civic life. In Channel 4’s telling, it’s a benign presence—even if its power is obvious, even at times daunting. (Its booming utterances represent the broadcaster’s “big noisy alternative voice,” Channel 4 says.)

The stories are almost fairy-tale like in their depiction of a magical presence furthering the interests of the populace—the role in which all public-service broadcasters tend to see themselves. This whimsical approach may be at odds with the modern political climate post-Brexit, but it’s very captivating—a literal shining beacon of hope for a nation mired in regression and discord.