In a sea of imitators, Mother celebrates 'the original chicken Don' 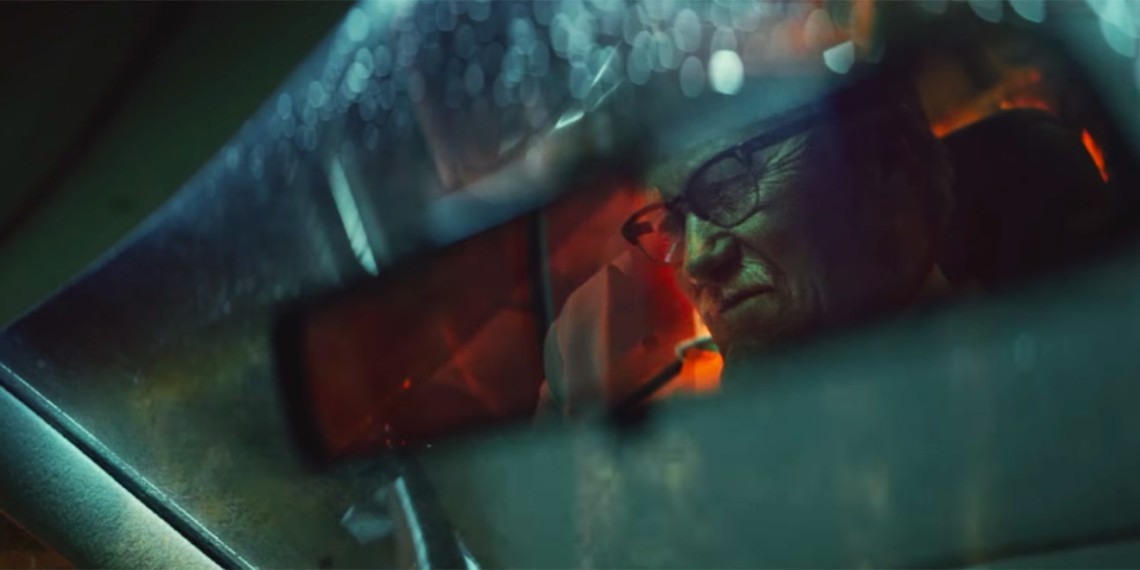 In American ads, Colonel Sanders tends to be a jolly old fellow with a spring in his step—especially impressive given that he’s been dead for almost 40 years. But KFC advertising in the U.K. and Ireland is forging an entirely new kind of a Colonel. He’s not here to talk. He’s here to fry chicken and kick ass. (So you’d better hope he doesn’t run out of chicken.)

Agency Mother London first brought the Colonel to America in May of last year, portraying him as a knuckle-cracking heavy brought in to clean up the mess left by the chain’s high-profile chicken shortage.

Now he’s back and perhaps even more intimidating. Mother’s new spot shows him driving around London, giving the eye to every knockoff chicken restaurant with names like “QFC” or “LFC.” Just to drive home the image of Sanders as the Vito Corleone of crispy poultry, the agency’s announcement of the spot calls Sanders “the original chicken Don,” and the ad is set to Nino Rota’s eerily melodic “Love Theme from The Godfather.”

“There’s only one colonel in Chicken Town,” says Hermeti Balarin, partner at Mother. “And his name is Harland Sanders. Capisce?”

The brand is also debuting out-of-home ads mocking the imitator restaurants that can be found in cities across the U.K. The restaurants in the ads aren’t real, but the agency says they’re accurately reflective of the kinds of knockoff names you’ll find all over. 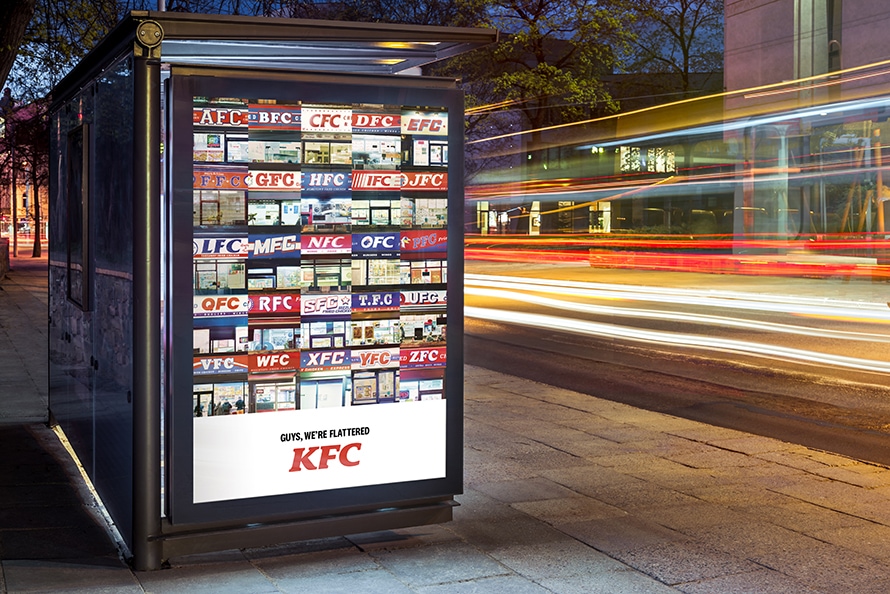 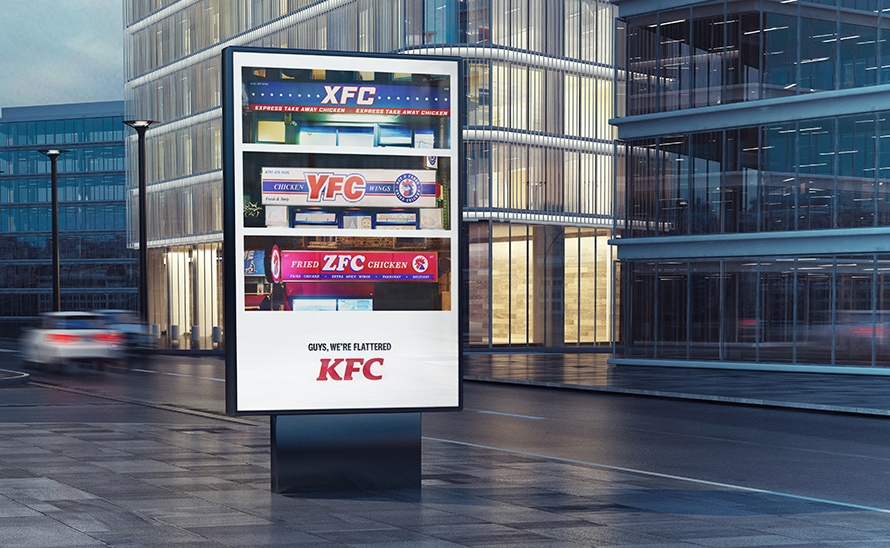 “It’s flattering to have this entire legion of imitators, and we wish every chicken shop out there the best of luck,” says Meghan Farren, CMO of KFC U.K. and Ireland. “But there’s nowhere else you can get the Colonel’s Original Recipe. We invest time, effort and skill into freshly hand-breading Kentucky Fried Chicken in our kitchens—all day, every day – and that’s why you can only get KFC at KFC.” 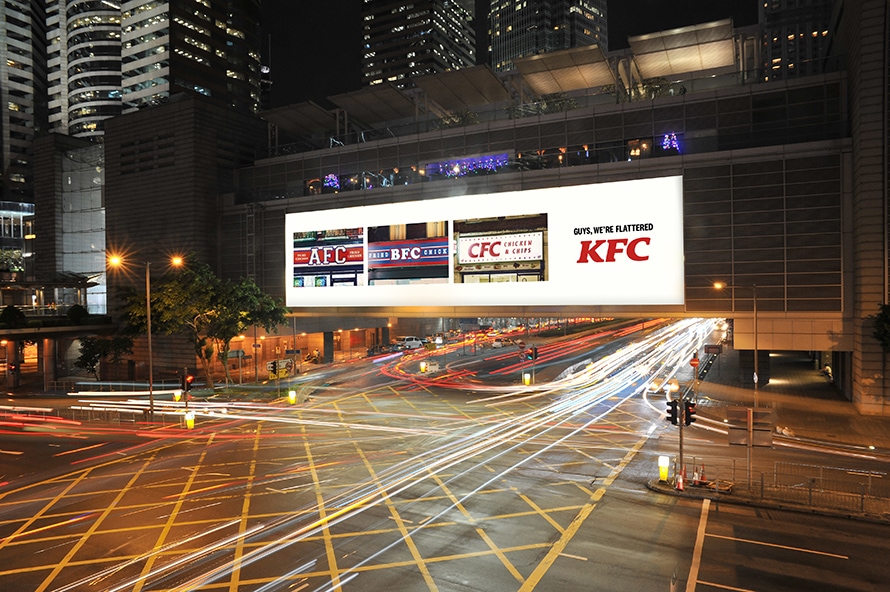 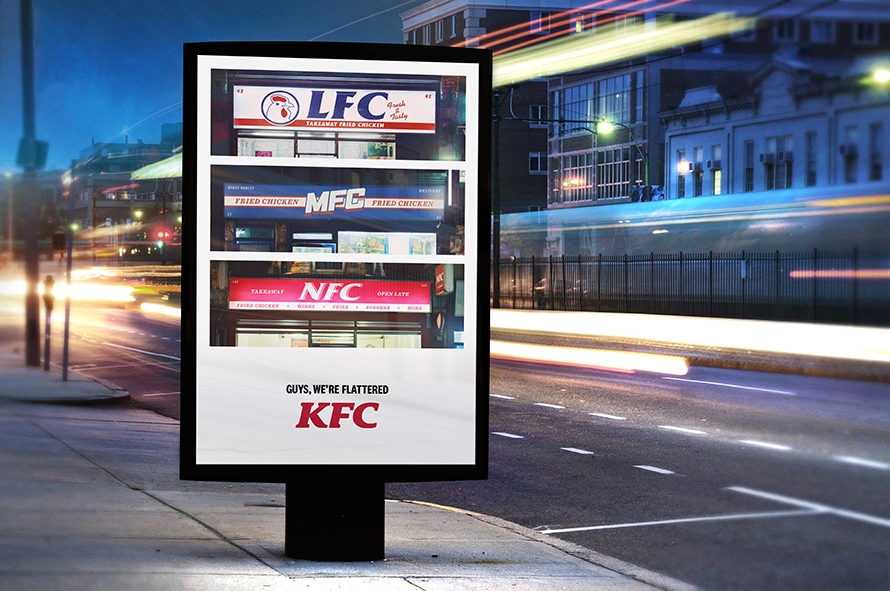