Could These Be the Themes That Emerge at Next Year’s Cannes Lions?

It’s never too early to look into the crystal ball 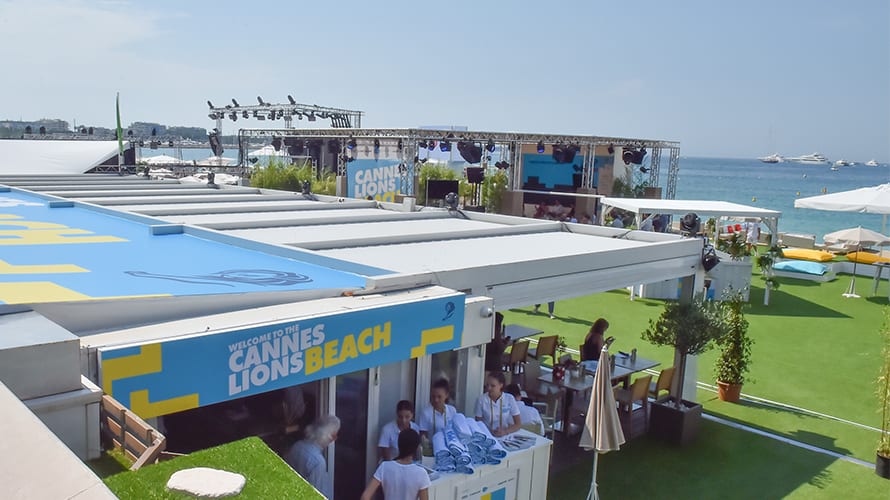 The themes that emerged from this year’s Cannes Lions festival were wide-ranging. Publicis’ (sort of) departure from the 2018 event made the rounds, in addition to Martin Sorrell’s reemergence. Consultancies versus holding companies was another hot topic that shows the tension that continues to build.

As for the work, there was a swing back to the craft conversation, though the role of technology and creativity was not too far afield—with some very pronounced discussion around the role that brands play in society, with winning work smashing stigmas and reflecting that theme. Additionally, there was also a welcome chorus around racism and sexism with movements like #TimesUp, #RePicture, See It Be It, #WomenCannes and others making waves in and outside the Palais.

All said, though, the vibe this year felt a little more subdued than in years past.

“This year, Cannes felt more intimate,” said Alex Sturtevant, global director of brand at Stink Studios. “With more catch-ups and lunches off the Croisette, there were smaller groups with less pressure to be everywhere and see everything.”

Though it’s about a year away, it’s interesting to hear what those in the industry believe will emerge next year in the South of France, based on what happened this year. Below are some of the themes that leaders think will be the talk of the Croisette.

“Cannes Lions have historically followed a trend that is often set by winners and events from the previous year. If this theory holds, the 66th Cannes Lions will see brands continue to play a prominent role. I’ll go on a limb and say that one year very soon brands will sweep all categories in Cannes. After all, Spotify was honored at the annual Festival as the Media Brand of the Year, and Google scored Cannes Lions Creative Marketer of the Year. So, it’s not far-fetched to believe that other brands like Facebook, Twitter, Netflix or Amazon could complete the royal flush.”

Claudia Sestini, Global Marketing and Communications Officer, Gain Theory
“Marc Mathieu, CMO of Samsung, said: ‘I really believe that our job is not just to market to sell, but also market to serve.’ With that, a prevalent theme in CMO circles at Cannes was customer experience concerning business growth. In 2019, I predict Cannes will hear an evolved conversation around how data, machine learning and AI can be leveraged to make smarter marketing decisions that have a positive impact on business growth.”

Shannon Jones, Co-Founder, Verb
“I believe next year the conversation will largely be focused on ‘What progress has been made?’ It will examine how far we may (or may not) have come since the previous year.”

Ty Shay, CMO, Symantec, Consumer Business
Next year will be about accountability for the advertising industry. We will see leaders and organizations judged on how they’ve responded to the call for diversity and inclusion. Brands will continue rethinking their use of data and its importance to their relationship with customers. In turn, data’s role in marketing and storytelling will ignite new structures and the ways marketers unite analytics and creative. CMO’s and agencies will be judged on how they’re blending storytelling with data to prove they’re driving both top line and bottom line results.

Daniel Bonner, Global Chief Creative Officer, Wunderman
“I would confess that it’s becoming increasingly difficult to predict. For instance, there were some surprisingly ordinary Grand Prix winners and Golds in 2018—a signal that various juries’ versions of class-leading excellence still differs dramatically. It’s also difficult to draw meaningful trends from one year to the next, but one small sense I had was that perhaps juries are becoming a little more skeptical or less empathetic to the charitable and NGO projects over those more prominent industry-leading clients who moved the needle and challenged convention.”