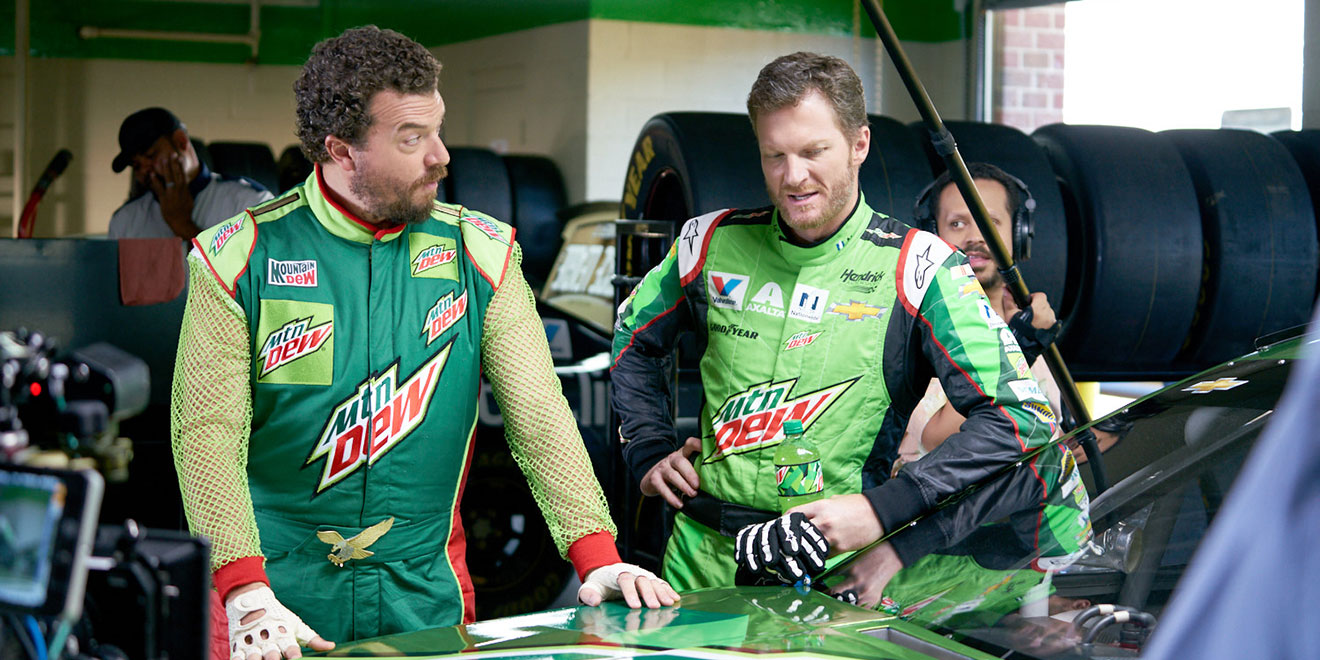 Enough with the somber, tear-jerking goodbyes already. When a beloved superstar from the world of sports decides to hang it up, could there be a lighthearted changing-of-the-guard moment instead of a two-hankie weep-a-thon?

If you’re Mountain Dew, and you’re sending off racecar legend Dale Earnhardt Jr., who’s retiring at the end of the season, maybe the latter approach is a better fit. And bringing professional wiseguy Danny McBride into the mix is icing on that farewell cake.

Earnhardt, 43, who’s been a Dew spokesman for nearly a decade, meets his hapless replacement in a new longform spot that launched Thursday. He’s a driver (term used very loosely) named Dewey Ryder, played by McBride at his clueless and bombastic best. (He calls himself a “spokes-athlete-lebrity” and thinks he’s the biggest racing news “since lug nuts.”)

Ryder doesn’t know that stock cars fly at upwards of 200 mph and don’t have keys or luggage space. In fact, he’s never even driven a racecar before, but that doesn’t seem to faze him.

He shows up to “pass the torch” with a bewildered Earnhardt, with all the compassion and subtlety we’ve come to expect from any character played by McBride.

Ryder has his own camera crew in tow to capture the “emotion” of the meeting. Earnhardt, as low-key as always, can’t resist taking a few jabs at Ryder, pointing out his fashion-backward shorts-onesie ensemble with mesh sleeves. (The Nascar vet notes that there’s not much fire protection in that suit, probably imagining his successor bursting into flames on his maiden race.)

Ryder, of course, is completely undeterred.

“I’m the guy Mountain Dew has been looking for,” he says, noting that he’ll be driving in circles, hobnobbing and “endorsementing” in Earnhardt’s absence as “the rightful heir to this throne.” And he comes with his own stunt double!

A shorter version of the spot, from BBDO and director David Gordon Green (Pineapple Express, Eastbound & Down), will air this weekend during Earnhardt’s race in at the Martinsville Speedway in Virginia, his second-to-last run, and during game five of the World Series.

The extended cut, about two and a half minutes long, gets digital and social media distribution, as do some clever GIFs. And expect more Ryder, the “upgraded” model, in future Dew ads.