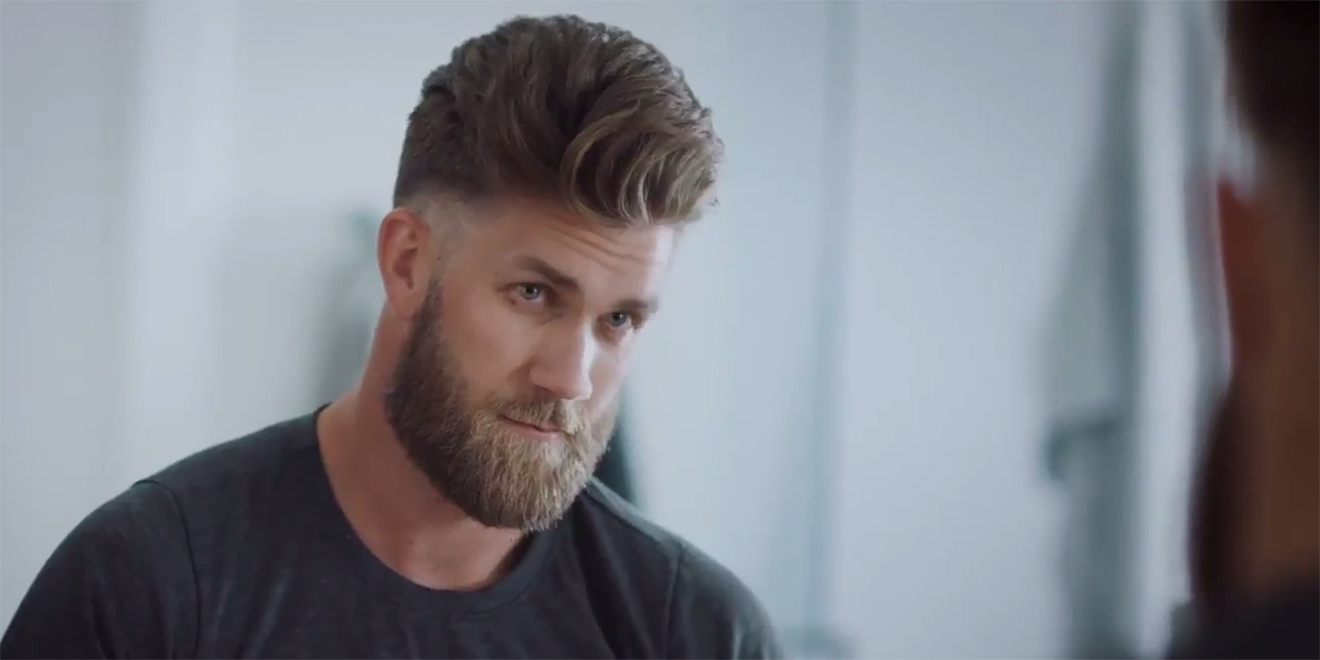 The Nationals right fielder makes fun of his own hair routine in an ad for Blind Barber. Blind Barber

Bryce Harper has some of the most enviable hair in Major League Baseball. So what’s his secret?

According to video viewed 700,000 times after being posted by his brother (and teammate), the answer is that the Washington Nationals right fielder uses not one but two hair dryers to create that legendary pompadour.

This seemingly caught-in-the-act moment was, in fact, a planned teaser for the fact that Harper is now an equity owner in Blind Barber, a men’s grooming company that has locations in New York, Chicago and Los Angeles. Harper is partnering with Blind Barber to develop new iterations of its men’s grooming supplies, which include formulas for hair styling, beard balm and dry shampoo.

“I’ve entertained grooming brand offers in the past,” he tells The Washington Post, “but when I met the Blind Barber team we bonded over our love of barbershop culture and I was impressed by their creativity beyond cuts and product. It’s great to be a partner in the creative process, and much more meaningful than just slapping my name on a jar of pomade.”