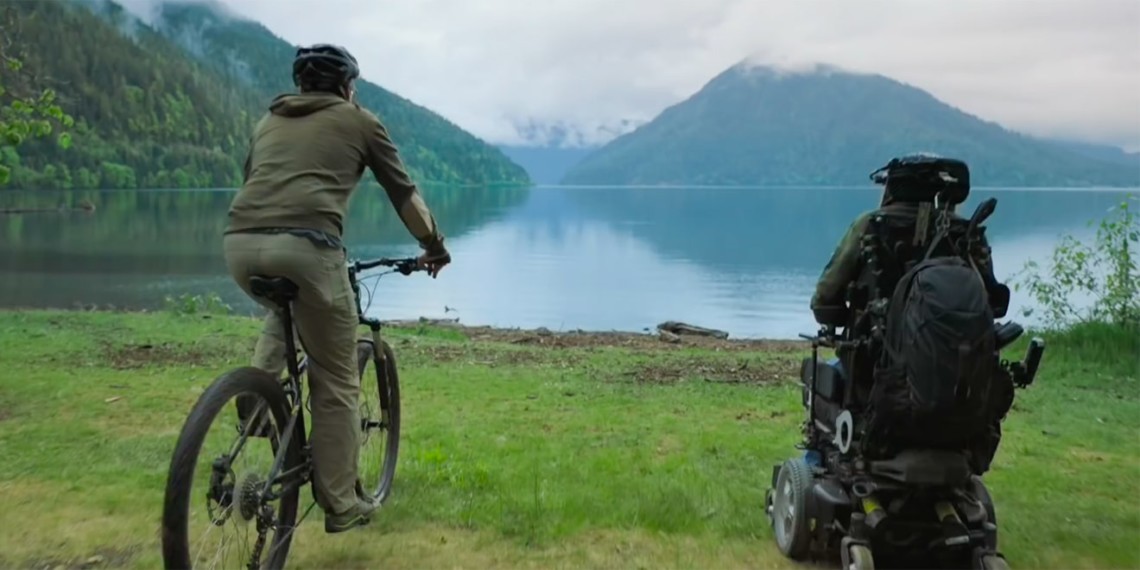 In the ad, accessibility advocate Ian Mackay uses Apple Voice Control to meet up with a friend. - Credit by Apple

Apple brought its newly expanded voice command options before a mass audience tonight in a 60-second ad that aired during Game 5 of the NBA finals.

The straightforward spot features quadriplegic former cyclist and accessibility advocate Ian Mackay, who takes viewers through the process of sharing an image and a location pin with a friend by way of the new Voice Control feature. The Cupertino tech giant announced the tools, which it plans to release across multiple Apple devices this fall, along with the video at its Worldwide Developers Conference last week.

Apple has a long history of building ad campaigns around its accessibility offerings, and this isn’t the first time Mackay has appeared in one. The company also profiled his inspirational return to long-distance outdoor trips in a power wheelchair after a cycling accident left him paralyzed from the neck down as part of a series of ads released to mark Global Accessibility Awareness Day in 2017.