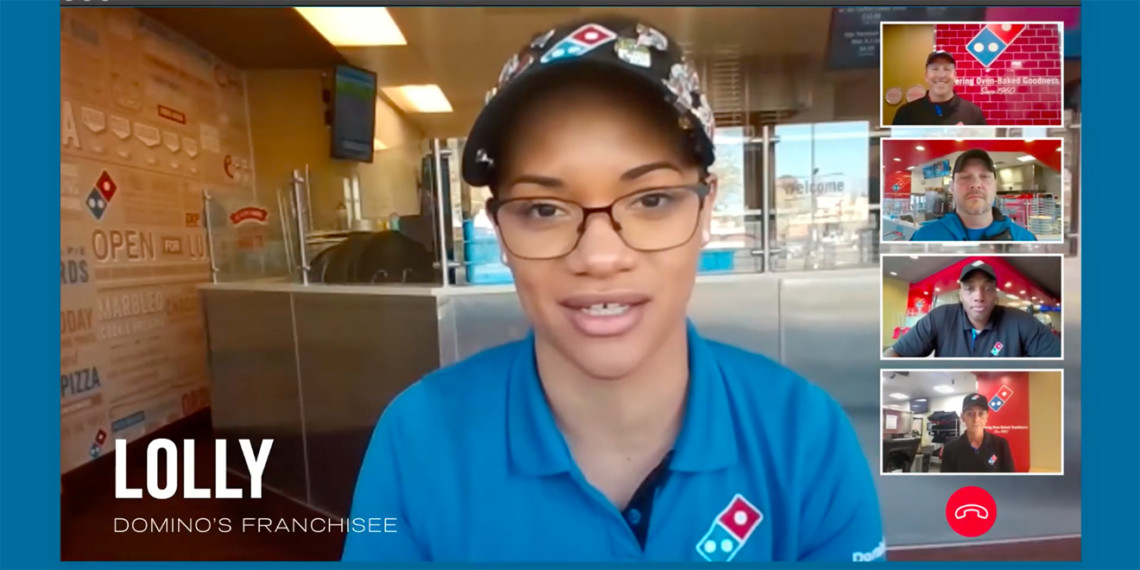 If you want a good look into the speed and flexibility required in advertising right now, you only have to look at the newest Domino’s work from agency CPB.

In the span of just 24 hours, creatives went from being briefed to having scripts fully developed. Planned entirely on a Friday, the work immediately went into production over the weekend and, in a little over a week, was on the air.

And that’s just the timeline. The work also had to factor in the highly limiting realities of ad production amid a global quarantine. In this case, that meant creating and producing an ad shot entirely within popular video conference software Zoom.

While a traditional ad would be helmed by an outside director, “We’re Hiring” was directed by CPB creatives Aaron Fisher and Ari Levi. Levi asked the franchisees questions and prompted their lines in the recorded Zoom chat.

A second topical spot, “Peace of Mind,” uses its 15 seconds to highlight that Domino’s pizzas aren’t touched after coming out of the oven and that the chain offers “contactless delivery.”

“Peace of Mind” was scripted, recorded, mixed, edited and sent to networks within a four-day period, the agency said.
@griner david.griner@adweek.com David Griner is creative and innovation editor at Adweek and host of Adweek's podcast, "Yeah, That's Probably an Ad."