Encouraging Kids to Play Outdoors, This Book Can Only Be Read After You Smear Dirt on It

Laundry brand wants children off screens and back in nature 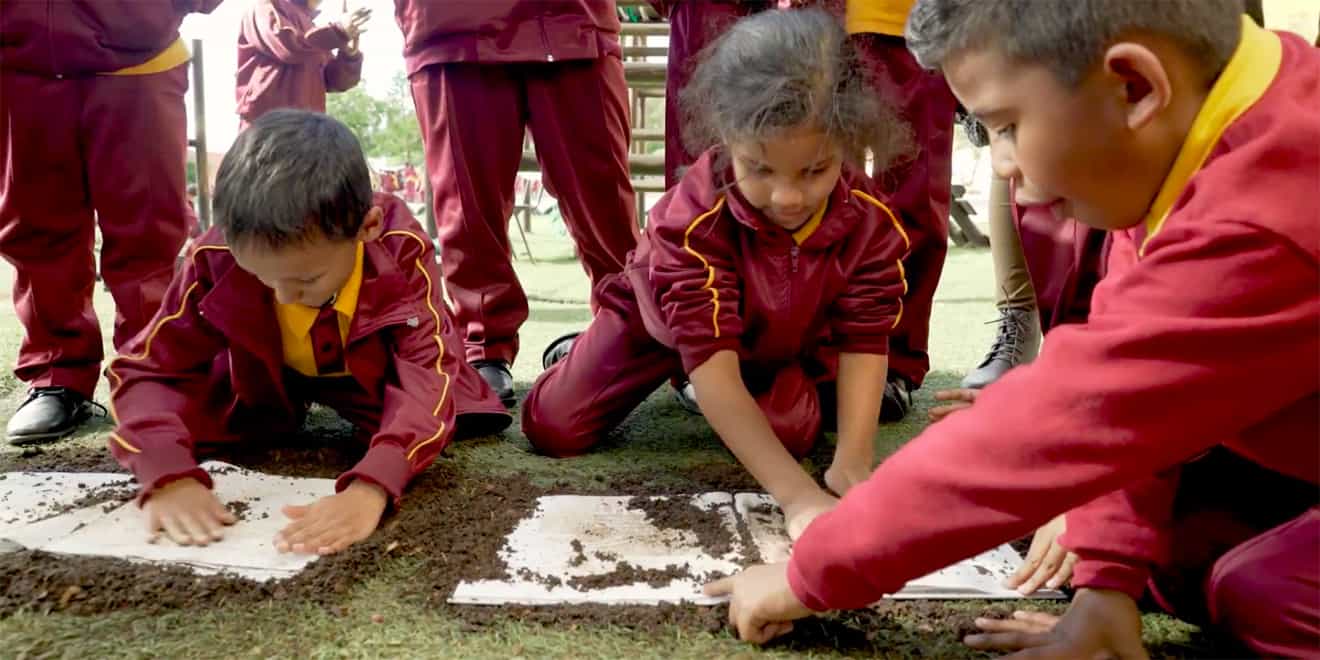 'The Tale of Spots and Stripes' only reveals itself after the pages are rubbed with dirt.
Omo
Share
By Gabriel Beltrone
|
July 24, 2018
Share

Imagine a book that’s filled with blank white pages—until smearing soil across them reveals a heartwarming children’s story, hidden in the negative space.

Unilever laundry detergent brand Omo (sold in other countries as Persil) and Ogilvy South Africa made just that, as a delightful addition to the marketer’s long-running “Dirt is Good” campaign.

The idea? To get kids away from tablets or other screens, and back to playing outside—prompting them to literally get their hands dirty.

Omo and Ogilvy turned to artist Karabo Poppy for help creating the story about a leopard cub and a tiger cub who are determined to become friends, despite their superficial differences and over the protestations of their mothers.

Titled “The Tale of Spots and Stripes,” it features a hero that also fits the brand’s product. Once the two cubs roll around in the mud, neither of their parents can tell them apart.

It’s hard to interpret the metaphor as anything but a pointed moral about race relations—and while South Africa is still grappling with the economic legacy of apartheid, it’s a message that also resonates in the United States, against a backdrop of resurgent white supremacy and the dehumanization of immigrants.

In other words, there are plenty of adults in this country who might benefit from reading it, too.

It’s also a more convincing argument than the brand’s 2016 U.K. effort to illustrate the fact that kids spend less time outdoors than convicts at a maximum security prison.

For help producing a special “ink formula” to facilitate the gimmick, the brand and agency turned to printing specialists Colourtone Aries, based in Cape Town.

While Omo has already brought the book into some schools, it says it is lobbying the South African government to make the title part of the curriculum nationwide.