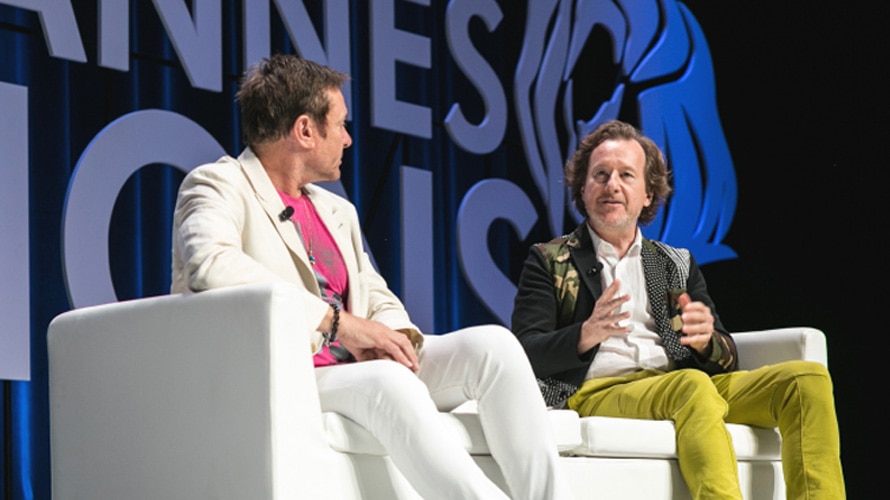 There needs to be a conversation about brand morals and ethics at Cannes this year. - Credit by Cannes Lions

Every year, the global marketing industry descends upon Cannes, France for the Cannes Lions International Festival of Creativity. It is a worthy festival and probably the most important one for anyone tied to the marketing industry. For the creative community, it is an opportunity to get inspired, learn from one another and win recognition. Marketers get to escape the tedium of their day jobs and draw inspiration from award-winners. And for the publishers, agencies and tech companies, it is the place to present new visions, form new partnerships and strike business deals.

Everyone seems to win in this equation. But will the most needed conversations happen at Cannes this year? I’m not so sure.

Consumers don’t trust businesses the way they once did. Marketers carry some blame in this. A week rarely goes by without some marketing scandal tainting the industry and further corroding that trust. The scandals are emblematic of something worse: the marketing industry might be losing its moral compass.

The industry needs to hold itself to a much higher moral and ethical standard than it does today. While devoting a track to trust and ethics at Cannes is a great start, it is not going to be enough. Why? Because I’m venturing to bet—through no fault of the organizers—it’ll get the fewest number of attendees, the least attention and minimal press coverage compared to the other tracks simply because it will feel like a child being asked to eat vegetables. And no one likes to eat vegetables.

Let’s look at the last couple of weeks for examples of how the industry is losing its moral compass. North Face encountered withering criticism for a stunt in which it unethically defaced Wikipedia. Gucci launched a $790 turban and then pulled it when it was exposed as nothing more than cultural appropriation of the Sikh religious turban. An ad that sugarcoated slavery was aired by Ancestry.com before it was shamed into being pulled off the air. Fair or not, the social media companies continued to face a barrage of criticism for their handling of consumer data and fake news, with the most recent example being their decision to keep a doctored video of Nancy Pelosi on their platforms (albeit with warnings).

It is time marketing had a zero-tolerance policy for unethical and morally corrupt behavior that insults the consumer, steals their data, misleads them.
Other organizations that are tied to the marketing ecosystem were also challenged. Amazon was on the defense for denying that its facial recognition software could lead to human rights violations. Google employees staged protests about what they called a “culture of retaliation” within their company. It took the Advertising Research Foundation an inexcusable full year to rescind an Ogilvy Award that it had bestowed on Cambridge Analytica. For those that don’t remember, Cambridge Analytica violated U.S. law (and tried to break democracy) when it stole and misused the customer data of 87 million Facebook users. (Side note, the former CEO of Cambridge Analytica has been invited to speak at Cannes. Let’s hope he’s not celebrated or given a pass during his interview.)

Now critics will say that the industry is addressing these issues head-on in a thoughtful, measured fashion. But if you were to rewind the tape further back than I did, you’d find many more examples of questionable moral and ethical leadership within the industry. This is an issue that, instead of going away with time, is only becoming more pronounced. And that’s an untenable problem for an industry that prides itself on furthering purpose-driven brands and has been accomplishing so much in other ways.

There is a solution, though. The industry must develop a new marketing code of conduct designed bottom-up for the digital world that we all live in. In fact, the American Marketing Association already has a code of conduct that’s thoughtful, timeless and well-written. Many would argue that it sets a standard that is higher than what many in our industry practice today. We can draw inspiration from it. It is time marketing had a zero-tolerance policy for unethical and morally corrupt behavior that insults the consumer, steals their data, misleads them (especially in the realm of misinformation), or worse, still perpetuates bias, prejudice, gender inequality, racism and serves to weaken our global society in other nefarious ways. This needs to be a single code of conduct that’s adopted by every major marketing trade organization and promoted aggressively by every part of the industry (brands, agencies, platforms, publishers and ad-tech companies) across the world. That’s what the trade organizations should coalesce around with the marketers that truly and sincerely care: Align on a single code of conduct and make it matter by having a reputable third party (to avoid conflicts of interest) manage the enforcement of the code.

Creativity must never supersede ethics nor should profit. Today, the marketing industry faces generation-defining moral questions in the realms of trust, misinformation, data, technology, diversity and privacy. Questions that we don’t engage in as much meaningful debate as we should. Questions that must be front and center of every conversation around marketing, especially at the most important marketing and advertising conferences in the world. It is clear that while the industry has made immense strides in pushing for gender neutrality and fighting racism, it isn’t enough. With the advent of AI technologies that may have built-in biases, unimaginable amounts of consumer data being tracked with 5G entering the mainstream and opportunities for bad actors to weaponize technology abounding, the need to address the withering moral compass couldn’t be greater. Otherwise, we will never catch up.

Celebrating creativity, handing out trophies and spending time on the French Riviera will feel trivial if history judges the marketing industry as having been complicit in the fakeness pervading across society. The industry must spend time on fixing what is wrong in business versus just celebrating what is great. Both need to go hand-in-hand.

So, let’s start a savvy conversation about trust and our industry’s moral compass using what is arguably the most dynamic, most global and most inspiring marketing conference in the world. Use it as a forum to shape not just the future of the industry but also the role of business in the post-trust era. To right that moral compass and set it on a firmer footing. We must do this not just for ourselves but for the sake of the next generation, even if it feels like having to eat vegetables.

This is the task of all the marketers making their way to the Cannes Riviera this year. Make sure you’re having the most important conversation that needs to be had even if it is not an easy or enjoyable one.

@shivsingh Shiv Singh is the co-author of the new book Savvy – Navigating Fake Companies, Fake Leaders and Fake News in the Post-Trust Era. He is a former Visa and PepsiCo senior marketer, has his own marketing consultancy, sits on the board of directors of a Fortune 500 company and has been ranked by Adweek as a Top 50 marketer (#11).