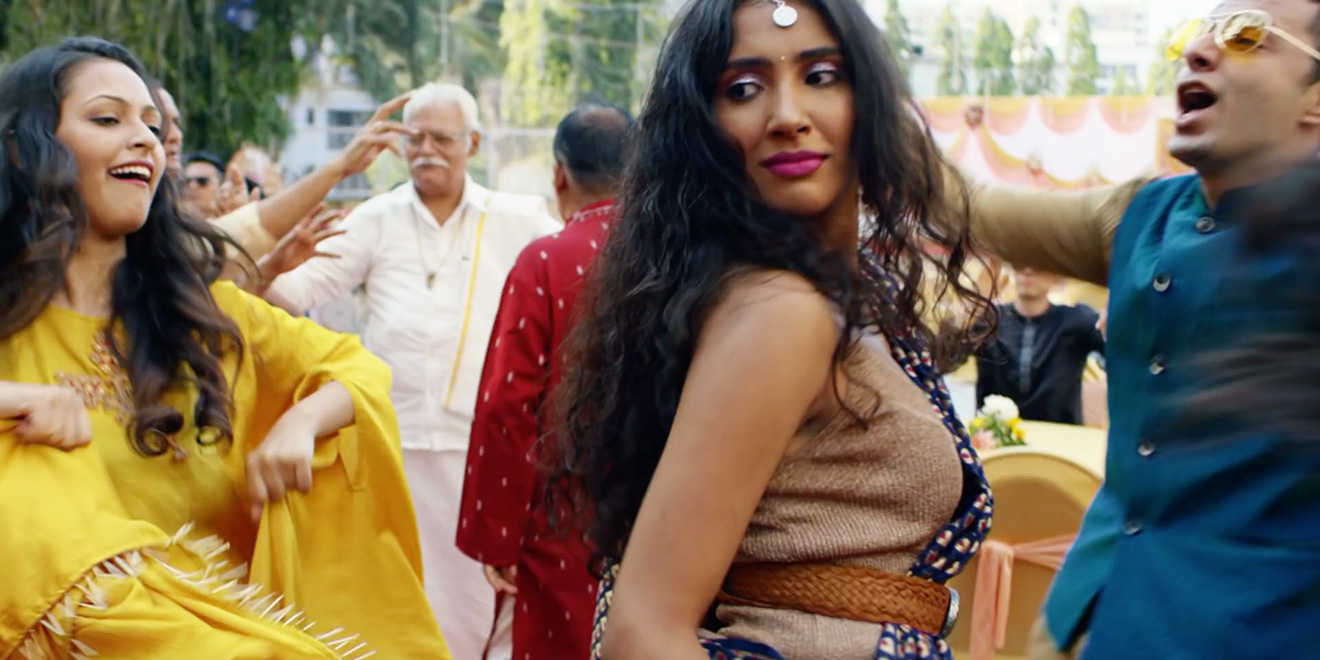 Right now we’re probably all hard-pressed to relate Facebook in any productive way to “freedom” or “expression” (worse still, when both words are combined). But agency Wieden + Kennedy Amsterdam can be commended for its might in spinning a story.

Its latest work for Facebook in India, “Live What You Love,” released today, manages to tie notions of freedom and expression back to the brand without actually addressing either out loud.

How? By focusing instead on the dynamism of Facebook’s users. Of course!

Four films introduce you to four characters: Sandeep, Neha, Sunny and Heena. They’re a celebration of “normal, complex, individual people doing extraordinary things that you wouldn’t normally associate with their archetypes,” the agency says in a release. “Though the films portray the character’s unique experiences offline, they demonstrate that Facebook is the tool that has enabled them to do more of what they love.”

Below, meet Sandeep—or Sandy, as his friends call him.

“I like politics and fast cars, as long as they don’t get me in trouble,” Sandy beams. Also, salmon is his favorite fish. In this chaotic and, truly, beautiful expression of the life of one person, we dance in Sandy’s “man cave” and feel the cup-runneth-over glee he brings to every human engagement he makes.

Far from a constricted exercise in personal branding, Facebook is only positioned in his life at the end, where, through a brief series of profile pictures, events and news items, it’s implied that Facebook facilitates the expression and free-range diversity of his interests.

“Life’s a beach. That’s why they call me Sandy,” he concludes.

Next, meet Neha, a cool and fun-loving doctor who’s “Single! Ready for a pringle!” She’s a feminist. And she hates cats, but loves cat things.

We love how Sandy and Neha succeed, like so many of us, in mashing up cultural tradition with the demands of modernity. These videos are fun to watch. As Neha observes, “Who knew saris and sneakers were such a deadly combination?”

Below, see variants for Sunny and Heena, who are just as charming, optimistic and nice as their predecessors.

Facebook’s a tough client. It’s one that, while preaching openness and “meaningful connections” or whatever, actually makes us all less happy, is a total time vampire and—in just a recent exploit—mistakenly asked a bunch of users how to handle the grooming of underage girls by predatory men using a multiple-choice scenario.

This isn’t a judgment on its attempt to self-correct; it’s a judgment on its approach to problems that shouldn’t be left up to algorithms. It’s one proof among many that illustrates how disconnected the social network has become from our realities—in its robotic attempt to “understand” what we value, Facebook is closer to the way we imagine the minds of our robot overlords than it is to the people presumably optimizing it.

But W+K does its best with what it has: The best thing about Facebook is, frankly, us. “Live What You Love” is indeed so focused on human dynamism that it could easily exclude the brand entirely. This is as much a tribute to W+K’s ability to alchemize poo as it is a rebuke of its client, which has problems (including in India!) no amount of super-cool Nehas and Sandys can help fix.

“Live What You Love” will appear on TV, print, online and in cinemas. Below are a few of the print ads, which punt various Facebook services through the lens of human snowflakes. (It’s all very Squarespace.) 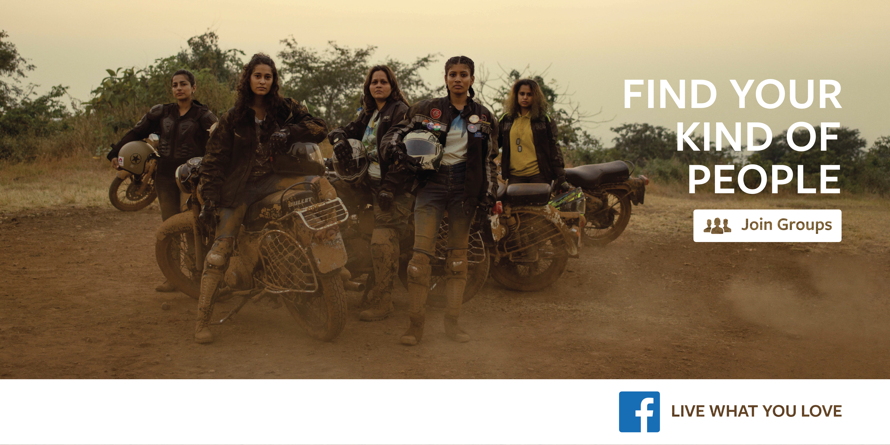