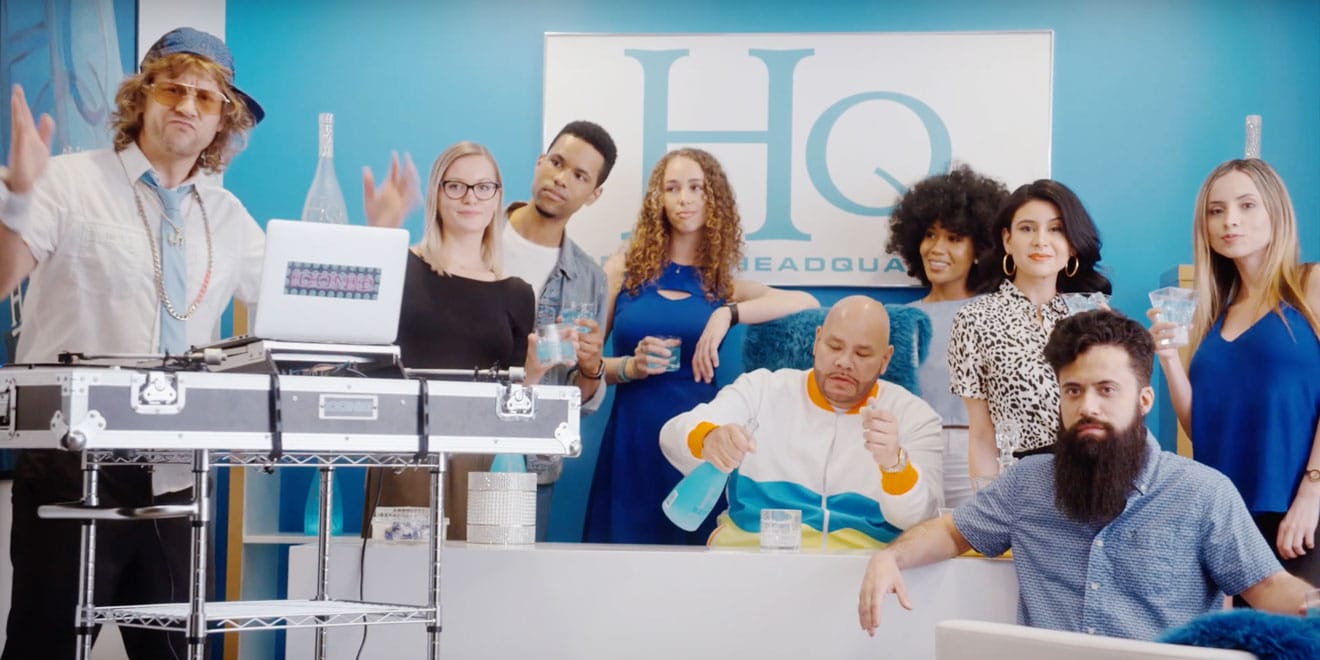 The drink was a fixture in Joe's 2004 music video for 'Lean Back.' - Credit by hpnotiq

Lady Gaga for Polaroid, Matthew McConaughey for Wild Turkey, Jay-Z for Puma … there’s a long line of celebrities who’ve at some point put the creative director hat on. Whether or not these appointments are actually effective is up for debate, but it seems as though brands enjoy having a famous name on their payroll regardless.

At any rate, Fat Joe is here to make fun of the very concept of celebrity creative directors in a campaign for Hpnotiq, the neon-blue liqueur that gained popularity in the early aughts. Back in its heyday, Hpnotiq frequently made its way into music videos (including Fat Joe’s own “Lean Back”) and rap lyrics, as it was a staple of hip-hop and nightlife.

According to Hpnotiq, the collaboration “pays homage to the brand’s roots and taps into consumers’ love for the nostalgic era of the early 2000s, when Hpnotiq first stepped onto the scene.”

While Fat Joe isn’t actually the brand’s creative director, he pretends to be in its latest campaign, where he gives viewers a tour of the company’s HQ. In the video, we quickly learn that Fat Joe has basically been given free rein over the place, as is evidenced by the ‘90s-style motivational posters featuring his face and the installation of a “community hype manager” in the office kitchen.

The ad also has some fun with office culture, as it shows a water cooler that dispenses Hpnotiq and a mug that reads “Don’t Talk To Me Until I’ve Had My Hpnotiq.” The video was created by creative agency Team Epiphany, which a few years back helped Hpnotiq stage its comeback via a campaign titled #Since2001.

In addition to the ad, Team Epiphany is introducing a limited-edition “OG” bottle of Hpnotiq that features the original logo. According to the brand, Fat Joe has also “curated” a few summer Hpnotiq cocktails to coincide with the campaign launch. On social, short videos show Fat Joe in his day-to-day role as creative director (in one, he shreds a piece of paper that incorrectly spells the brand name as “Hypnotic”).

Fat Joe said the opportunity to come full circle with the brand, as well as its commitment to hip-hop culture, made the tie-up an easy decision.

“I started out with Hpnotiq in ‘02 when it first came out. It was a no-brainer to collaborate,” he said.