The bars show how welcoming a city is, across six metrics 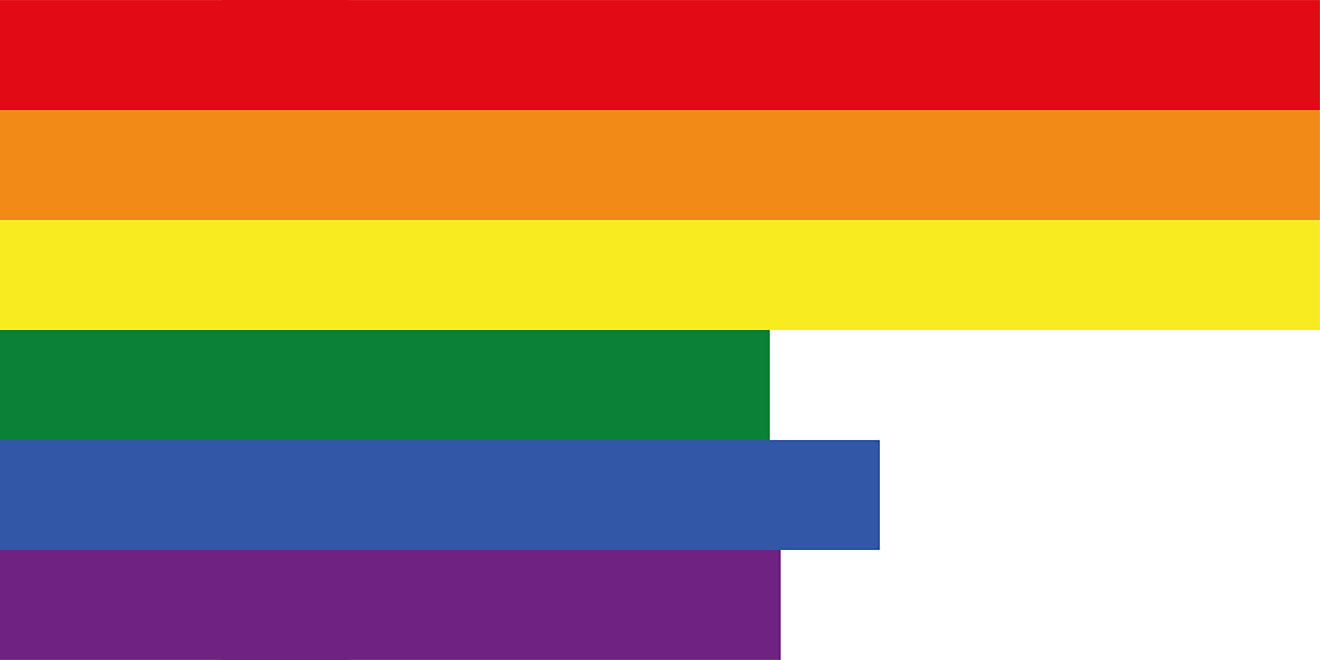 Global travel can be a complex undertaking for anyone, but it’s especially challenging for members of the LGBTQ community. Many destinations welcome them with open arms and offer ample social and legal protections. But in some nations, same-sex relationships are still frowned upon, or against the law, or in extreme cases, punishable by imprisonment or death.

Now, as the centerpiece of a clever campaign from nonprofit group PFLAG Canada, the rainbow Pride flag, a symbol of inclusiveness since its creation 40 years ago, morphs into a data visualization tool designed to help LGBTQ folks travel safely.

The locales are ranked based on six metrics: marriage equality, sexual activity laws, gender identity protections, anti-discrimination laws, civil rights and social-media sentiment. Each of these categories corresponds to one of the color bars of the pride flag: red, orange, yellow, green, blue and purple.

This data is also aggregated, Rotten Tomatoes-style, into a number that ranks each city on a scale of 0 to 100. Scores over 71 indicate extensive legal protections and positive sentiment for LGBTQ people; 51-70 means the cities are fairly safe and attitudes at least neutral. Lower scores suggest intolerance and, in some cases, outright hostility or danger.

New York City, for example, tallies a 66, with three of the six color bars at full strength:

On the other end of the spectrum, Tehran, Iran, scores a 6, with three of the bars not even visible, and the others stunted to varying degrees:

Hong Kong places between the previous two cities, but still low overall, with a 33. Its color bars indicate strong sexual activity laws, but weak anti-discrimination statutes and no marriage equality:

Rankings can fluctuate quite a bit over any given day, or even every few minutes, based on social chatter, which is represented by the purple bar. The number also changes, and the other bars grow or shrink, when new laws are passed or repealed. Such regulation tends to happens slowly, so that data gets update incrementally on the site.

“The idea came from simple observation: Travel can be a little different for members of the LGBTQ community,” Ian Mackenzie, executive creative director at FCB/Six, tells AdFreak. “As an example, some Caribbean islands are relatively friendly, others relatively hostile. So, navigating something as simple as booking a beach vacation can be complicated and even scary. Who wants to go to a beach where you can’t hold hands with your partner? That’s just one example … sexual activity laws, equal marriage laws, social sentiment—all can impact on this community’s travel experiences in both large and small ways.”

“We started with a dream of being able to serve up all the data you’d need with a single geo-locating click,” he says. “Then we looked at the data. Eventually, we had to visualize it, and treating the Pride flag as a bar graph just made a lot of sense to us.”

'I think we are making progress. The ultimate goal is really to not require this tool. However, this is not our current reality.'
Louis Duncan-He, PFLAG Canada

To drive site traffic, brief geo-specific video ads will run on Facebook. Some of these ads target users in high-scoring cities like San Francisco and Sydney, while others appear in low-scoring places, such as Kampala, Uganda, and Moscow:

“We’re targeting 17- to 65-year-old users who have shown an interest in LGBTQ+ publications such as LGBTQ Nation or Buzzfeed LGBTQ, or who have shown an interest in LGBTQ+ activism,” says Mackenzie. “We then segmented each ad by specific locations, targeting relevant ‘Destination Pride’ scores to each location: People in Moscow see a score for Moscow, while people in Sydney will see the score for Sydney.”