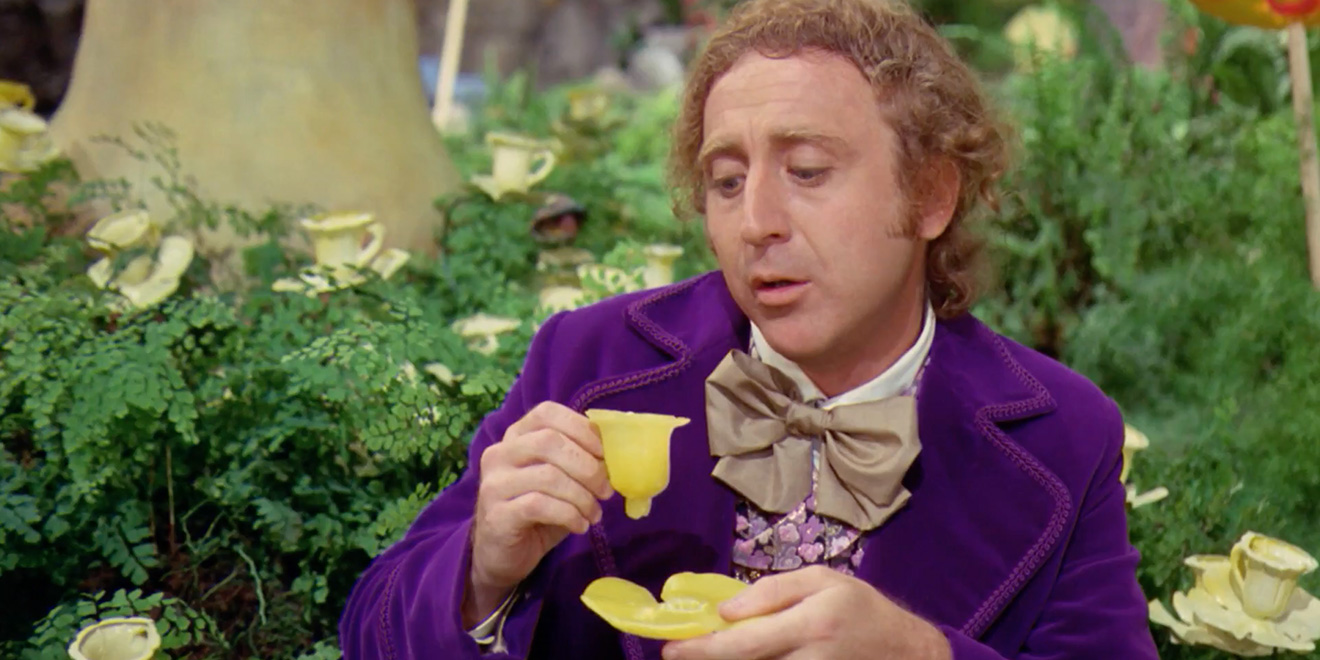 A moving new campaign is seeking to raise money to battle Alzheimer’s by using one of its best known victims in one of his most iconic roles—Gene Wilder singing “Pure Imagination” in Willy Wonka & the Chocolate Factory.

A 90-second PSA from the nonprofit Alzheimer’s Association and agency MullenLowe features the late performer in one of the most recognizable scenes from the 1971 movie adaptation of Roald Dahl’s children’s novel. Wilder, who died last year of complications from Alzheimer’s, croons starry-eyed about the unparalled power of the mind, while his character’s guests at the factory descend on the vibrant candy world he’s built there.

But in this version, something’s not quite right.

The colorful confectionary fixtures—giant lollipops growing like plants, candy canes and gummy bears growing from trees—suddenly begin vanishing from the background, first one at a time, then at an alarmingly exponential pace. Before long, there’s nothing left of the brilliant set except for prosaic greenery, and even the edible candy tulip from which Wilder is sipping vanishes from right out of his hand.

“Alzheimer’s can steal your imagination piece by piece,” warns the onscreen copy. “But with your help, imagine how we can end it.” The camera returns to Wilder, singing the chorus: “Come with me, and you’ll be in a world of pure imagination.” The sweets—chocolate watermelons, waterfalls and all—quickly reappear.

It’s a dark yet hopeful twist on the beloved classic. And, however heartbreaking, it’s a perfect vehicle for the message, capturing the irony of losing Gene Wilder—associated as he is with the song, and scene, and what it means—to a degenerative brain disease. And it makes him an even more powerful symbol for the broader toll the disease takes on loved ones, and their families.

“Alzheimer’s disease is a brutal and unforgiving enemy that can rob a person of his self-expression, the ability to walk, to read, to write and to find joy in the world. Simply, the person loses himself,” says Karen B. Wilder, the actor’s widow. “When I saw this campaign, I knew that it brilliantly and beautifully captured all that Alzheimer’s can take away, and my hope is that it will motivate people to learn more and to seek to change the course of this disease for future generations.”

The idea for the campaign was developed by David Olsen, a group creative director at MullenLowe’s Winston-Salem office, who lost his father to Alzheimer’s, and his mother “a year later from the toll of being his caregiver,” he says. It has launched with support from Warner Bros. Entertainment, which holds the rights to the film, and Universal Music Group.

The song has been widely covered. In 2013, it was featured in one of Chipotle’s dystopian animated takes on factory farming, as sung by Fiona Apple.