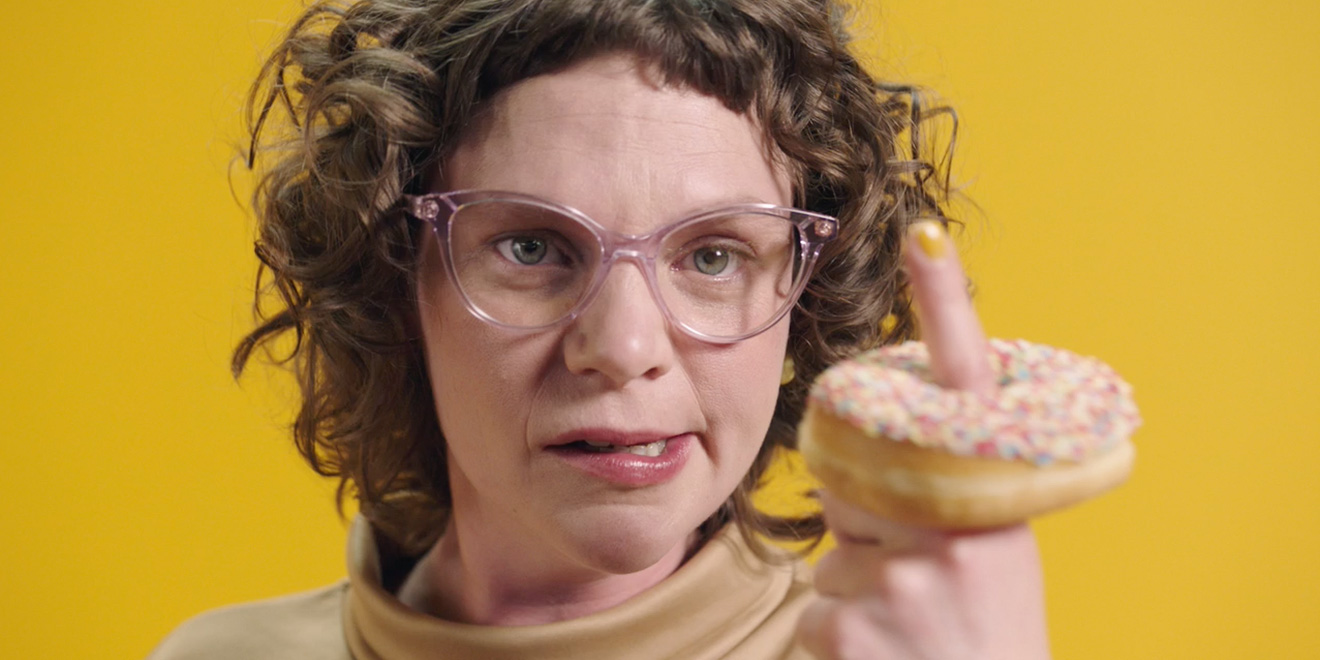 Lotto ads are a weird genre. They say as much about a culture and its dreams as they do about the agency making them.

Leo Burnett Madrid’s Spanish lottery ad from 2016 emphasized community over money, a common theme for the Spanish lotto because small villages, enterprises and other groups often pool around the same number for the holidays. McCann’s 2015 ad for the New York Lottery had one simple message: You’d probably be a better rich person than most New Yorkers. DDB New Zealand’s spot, this year, for the country’s PowerBall is about two perfectly nice guys and their armored truck robbery—whose tension-ridden tale is actually about sharing and support.

Now, we give you Heimat’s take for Germany’s Lotto 24. The series of videos, directed by Greg Bray and produced by Cobblestone in Hamburg, are weird, short and totally bereft of fantasy. Instead, they drive straight to the point.

Literally. Like, with your pointer finger. Here is “Donut.”

“Fan” is creepier, and speaks to a compulsion we’ve probably all had—usually as children.
Each ad ends with, “There’s better things to do with your fingers. Like become a millionnaire.” Then there’s “Glue.”
Heimat, by the way, is responsible for Hornbach’s advertising, which has ranged from the surreal to the ecstatic to the poignant to the downright practical. It’s got a lot of creative crazy up its presumably blood-stained worksleeves. Consider “Scorpion.”
But it’s in “Speedo” that we see a vestige of the Hornbach man. Once you’ve finished building houses and laying stone walkways and stuff, you’re most certainly entitled to a vacation. And a chest shave.