Got Drugs? You Can Trade Them for Designer Clothes at This Brand’s Pop-Up Shop 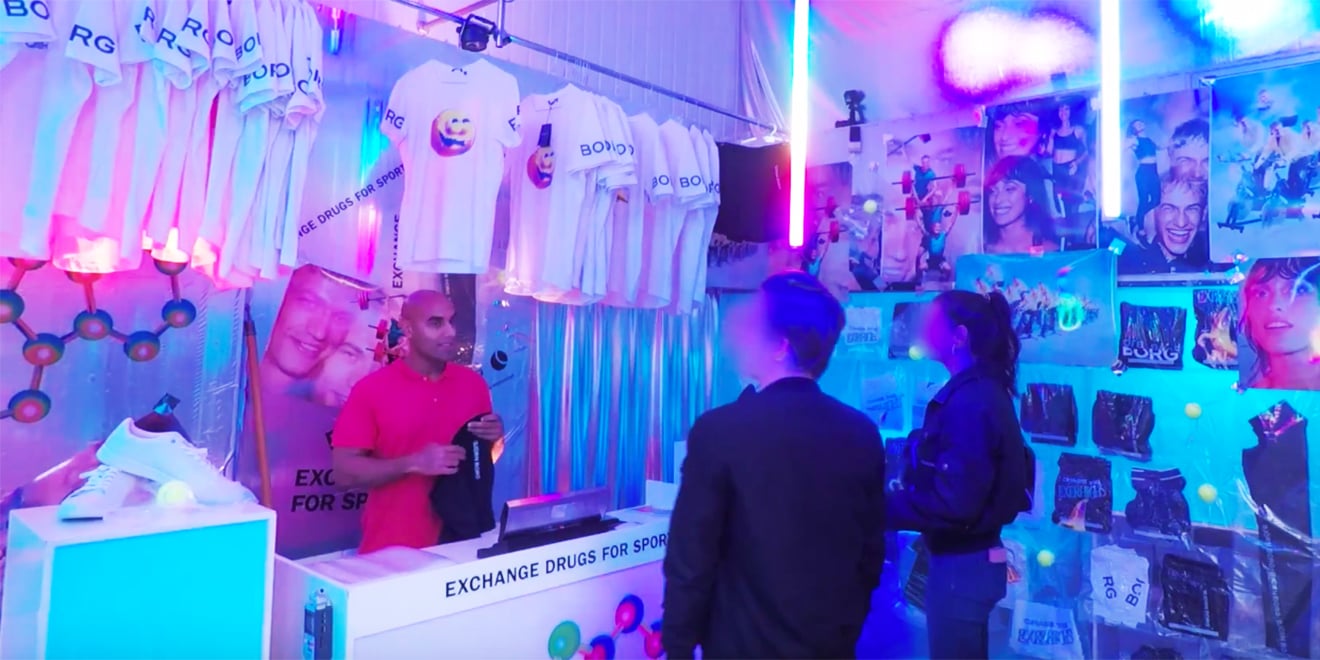 It took some time for me to experience the oft-discussed “runner’s high,” but when I did, there was no turning back. High-intensity exercise releases serotonin, endorphins and dopamine to the brain, giving a person the same euphoric feeling that drugs do.

Leaning into that point, Swedish sports fashion brand Björn Borg and agency Nord DDB opened a pop-up store in Amsterdam filled with workout gear. Strangely enough, money was not accepted at this store. Instead, drugs were the only currency accepted. Seriously, visitors could swap drugs for workout gear.

Sounds crazy, right? But given that it took place in famously drug-tolerant Amsterdam, it was actually an offer that several shoppers were willing to take.

Some visitors immediately swapped “the best weed in town” for a funky tee. Others were initially skeptical, asking if the operation was legal. How can you not think of this as “21 Jump Street” meets “To Catch a Predator”?

Those who traded drugs for swag received vacuum-packed items from a limited-edition collection featuring exclusive illustrations by Patrick Saville.

While on one level, the campaign could be seen as glorifying drugs by making them as mainstream as government currency, the brand’s bigger message is that healthy living is the best kind of high.

“I believe anyone can agree with us that exercise is better than drugs,” said Jonas Lindberg Nyvang, marketing director at Björn Borg. “It’s amazing how the brain reacts to exercise and how it can equal joy and euphoria at the same time. In fact, training releases such an amount of stimulating substances in your brain that it could be illegal in some countries.”